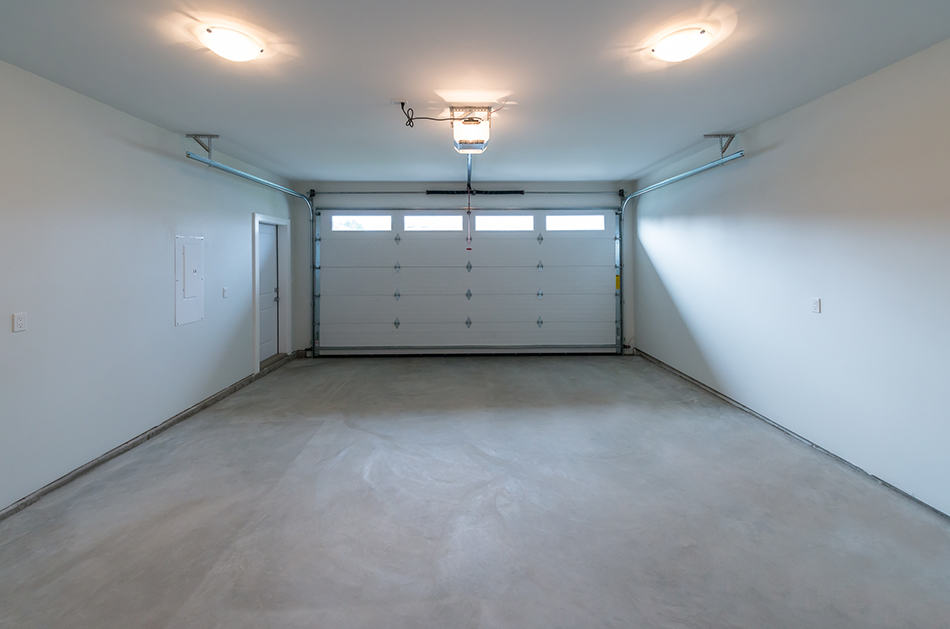 Tandem is a Latin word that means “length.” It’s essentially a nice arrangement in which everything is aligned with each other and works together perfectly. Originally, the name was used to describe animals queuing up in alignment, but the meaning was later extended to tiny vehicles such as motorcycles. Now it’s used to describe a particular type of garage.

Whenever anyone mentions a tandem garage, they’re usually referring to a location that permits one vehicle to park behind the other. In other words, because this is a narrow yet long garage, two or more standard passenger vehicles can fit back to face.

These garages typically have two doors so that the car at the front or the one behind can enter or leave at any time. This is to avoid situations where one vehicle becomes trapped if another is parked behind it.

Difference between a Double Garage and Tandem Garage

Tandem garages are available in a variety of designs. These can be made to hold any number of cars, but the most frequent configuration is for two or three standard-sized vehicles. Many have only one or two doors for entering and exiting cars; however, some have multiple exits at the back of the structure. 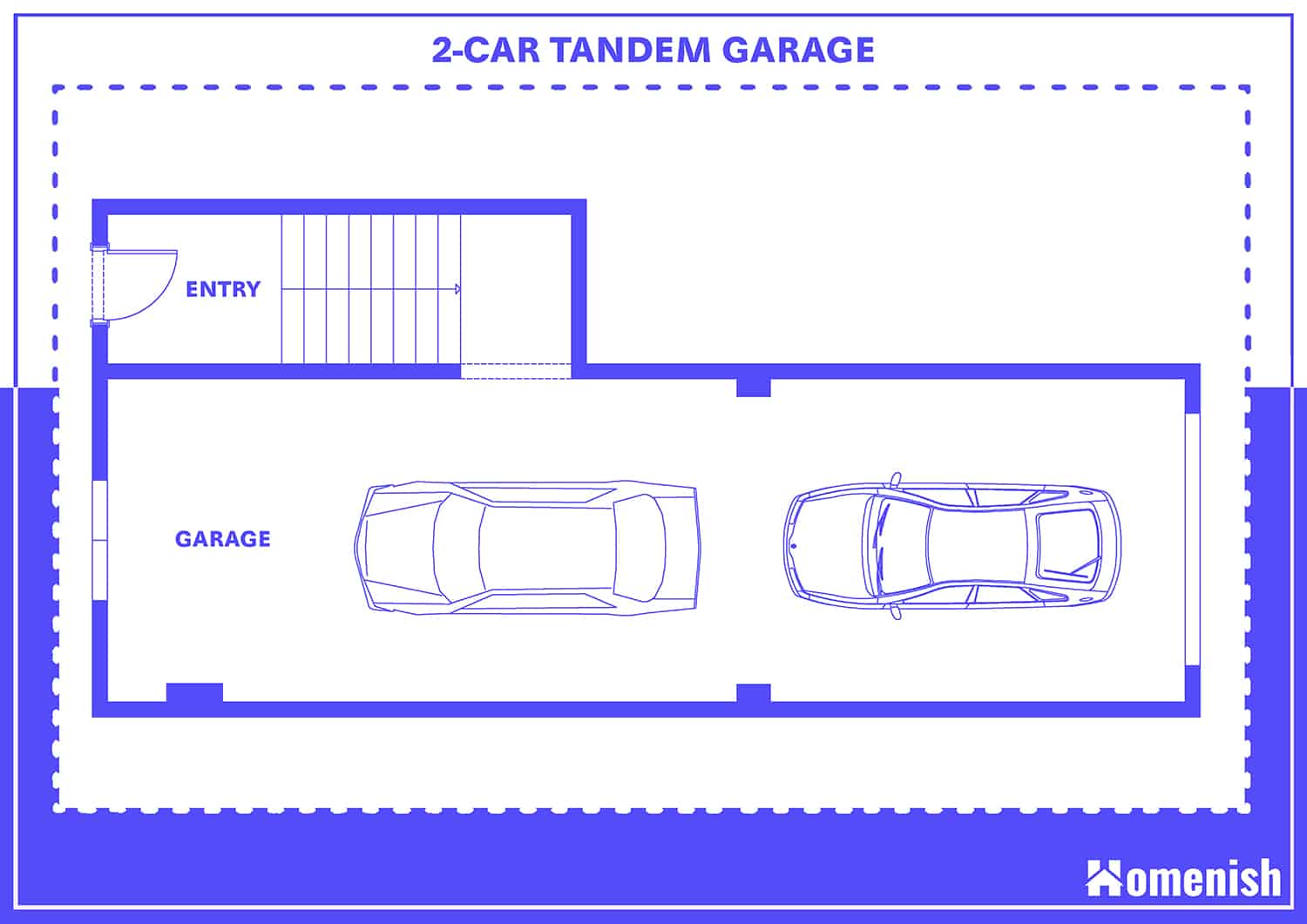 The garage’s main entrance is as broad as the door of a standard single-car garage. Now, if a 2-car garage has just one door, you must pull the other vehicle out of the line to fetch the parked car in the place farthest from the entrance. For houses with two vehicles, a two-car tandem garage is great; however, the moment you get a third car, you’ll need another parking spot. 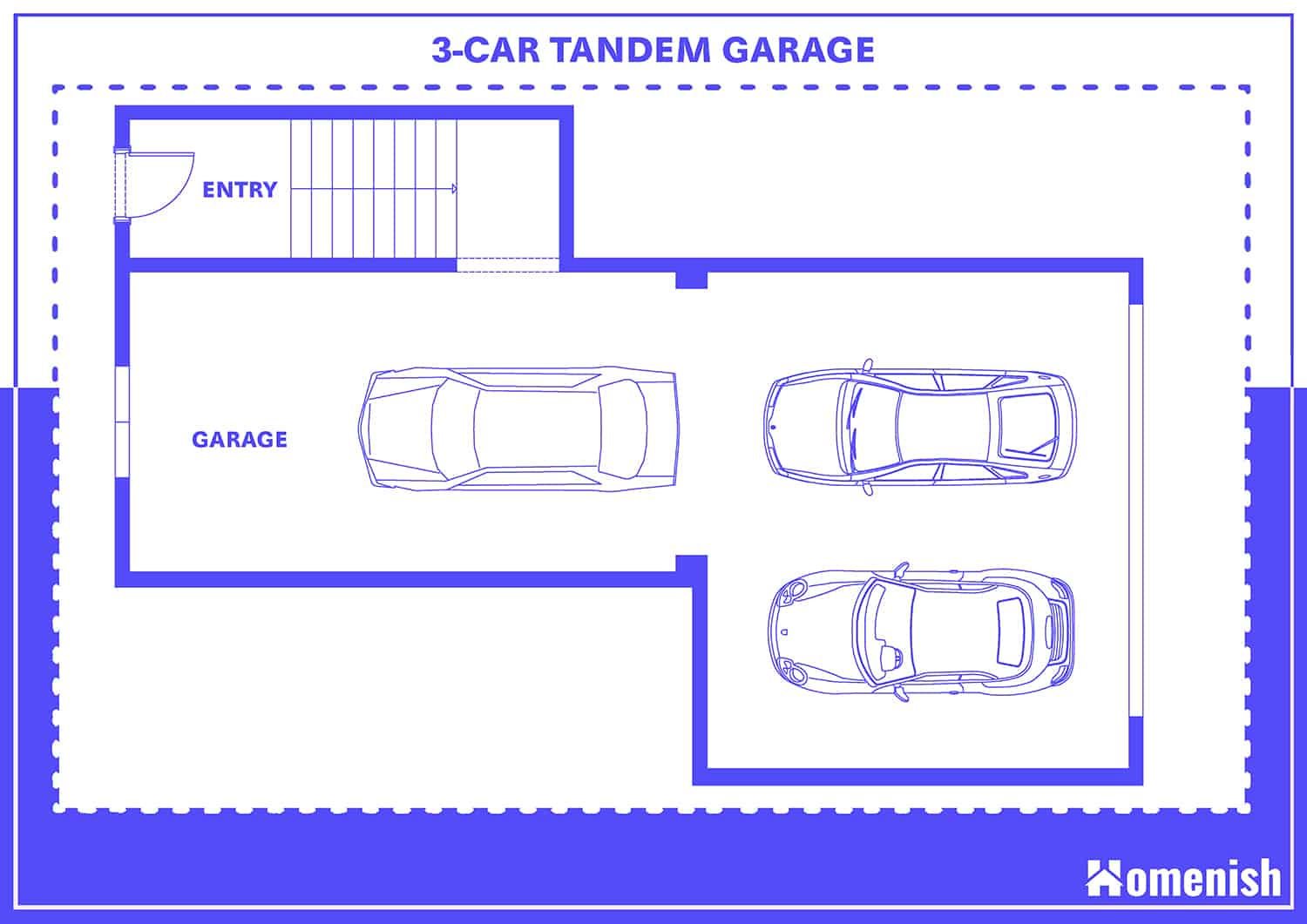 This features a configuration that permits three automobiles to be parked longitudinally, and then one of the sides is made longer so that a third car can be parked linearly. In a three-car tandem garage, two people park parallel, as in a typical garage, and the additional automobile is positioned next to both other cars.

Garage doors are often as broad as a regular two-car garage entrance, enabling side-by-side automobiles to drive in and out as desired. People park the third automobile next to one of the other two vehicles. To take the third vehicle, you must first push one of the remaining two cars. 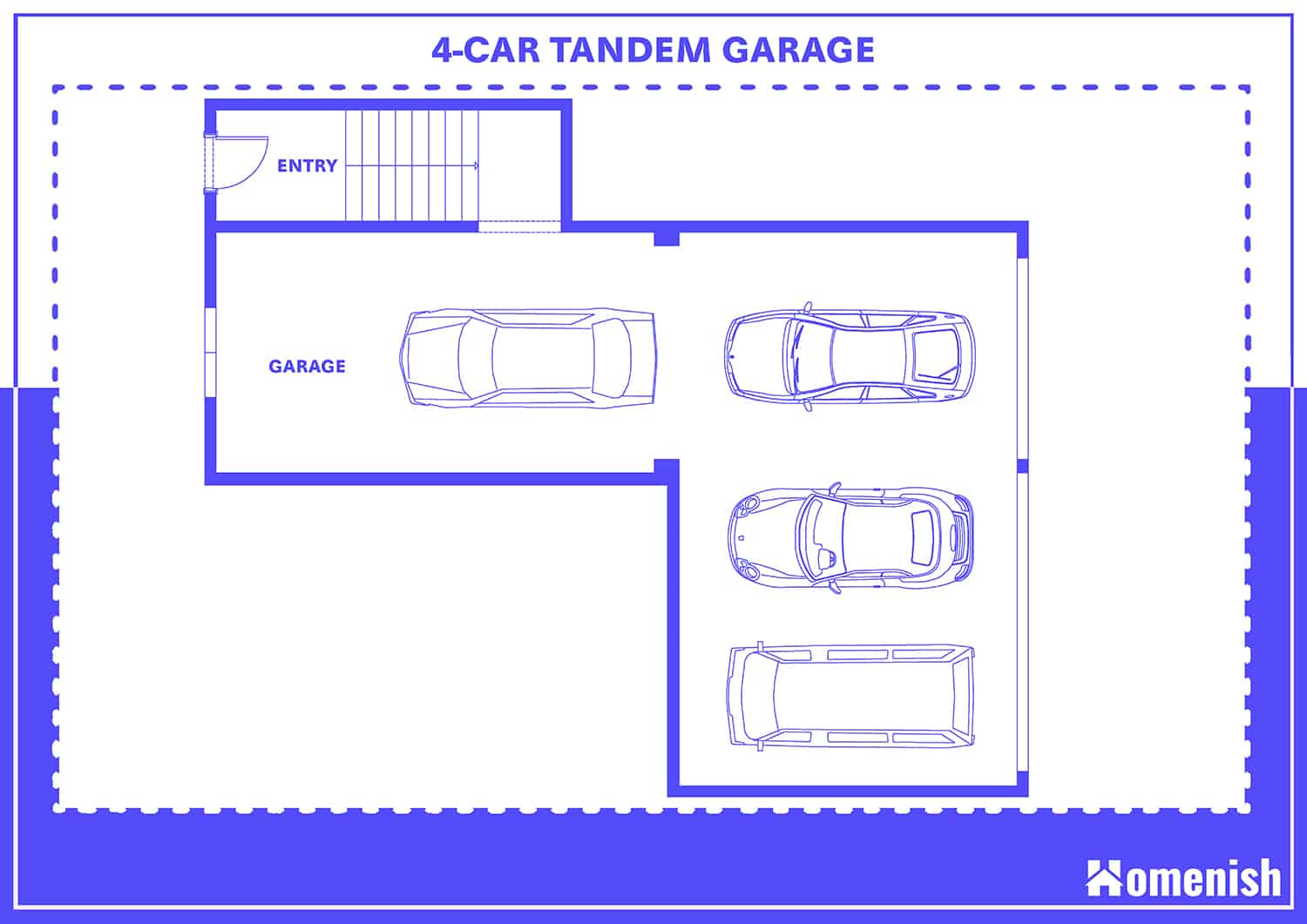 It’s also important to mention that you have the option of upgrading to a four-car garage. There would be very few restrictions on how much you can achieve with that much internal room. A four-car garage is undoubtedly a luxury, whether it’s useful for a big workplace or parking numerous cars at once with plenty of free inches that could be used as storage

Benefits of a Tandem Garage for Homeowners and Builders 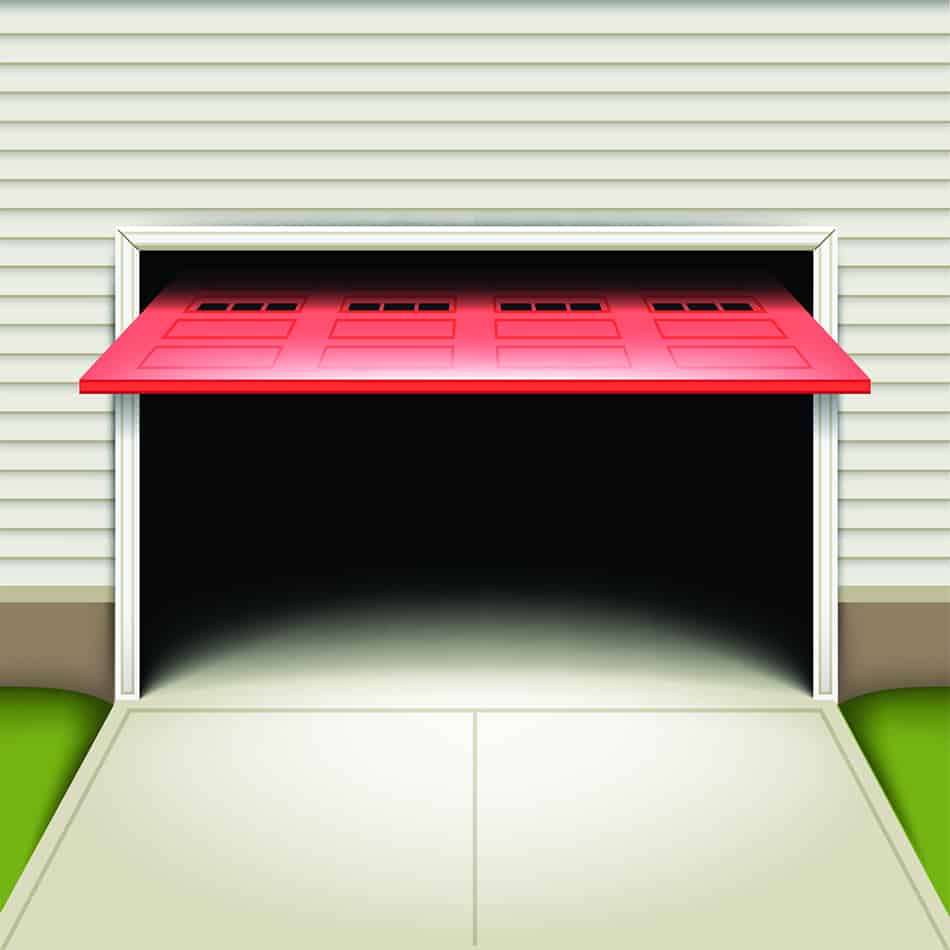 The most significant advantage of having a tandem garage is to have to be adequate room to store various equipment and materials. It also has more parking than typical garages, so it may yield a higher profit margin when sold.

If you’d like to further improve the value of your property, a large garage door is never a good choice because it creates an overpowering appearance.

Because the garage may take additional ground area, a structure or external wall to store lawn machinery, equipment, or other belongings may be unavailable. You may utilize the extra space created by a wide tandem garage for storage.

A narrower garage entrance or fewer garage doors next to the building can be more aesthetically attractive and permit a narrower pathway with more landscape space. If a family has fewer vehicles than the garage can take, they can use the space as workspace or storage space.

A tandem garage allows a home to be shorter, limiting the amount of space it occupies. For aspiring homeowners, this implies that the house will be less expensive to buy. In addition, the tandem garage may result in a reduced property price because fewer people want a tandem garage.

Disadvantages of a Tandem Garage

Park Behind One Other

This implies that if you are the first person to park in a tandem garage and others park behind you, you won’t be able to leave until the owners of the vehicles parked behind you remove their vehicles. This can be avoided if a tandem garage has two doors. However, with one-door tandem garages, this disadvantage could constitute a great nuisance, especially if you live in an apartment complex and are not familiar with the people with whom you share a garage.

Not Every Location Permits Them

To many, the goal of getting a tandem garage is to cram several parking spaces into a restricted room. This may not be a possibility in some areas owing to parking regulations mandating a specific number of cars to be parked in specific sizes of rooms, and in such regions, a 2-car tandem garage would only count as one parking space with additional storage capacity.

However, most of the time, these tandem garages have more advantages than disadvantages. As a result, householders use them as a way to get additional room and space.

When creating a tandem garage, architects must consider local laws. As mentioned above, a tandem garage may not be counted as two parking spots in some localities.

One may have no alternative except to create a conventional garage if the law demands a certain number of parking slots to be built.

Also, one would sometimes need to build an entrance at the end of the driveway to overcome the logistical challenges of a tandem garage. This won’t be possible if your property isn’t big enough to allow a back exit.

Vehicles Parked in Other Slots Impede the Inner Cars

If a homeowner wishes to use an inner car, the outer vehicles must first be pulled out of the parking, then the inner car may be driven out for usage, and the outside car must either be returned to the garage or left outdoors.

Having to juggle two cars only to make use of one can be inconvenient for tandem garage users, so fewer people seem to prefer a tandem garage to a regular garage.

It might be a slight difficulty when selling a home because the pool of likely buyers is less. Though this may result in homeowners selling a property for a lower price, it is also possible that the homeowner purchased the home for a cheaper rate.

Traditional garages tend to be more popular than tandem garages. This implies a builder may have a tougher difficulty selling tandem garage homes without lowering the projected selling price.

Zoning rules may impact whether an interior tandem garage area may be classified as a distinct parking spot or if this can be merged with an outside tandem garage space.

Despite some drawbacks, in the end, tandem garages are a suitable alternative for parking vehicles in urban residential homes with limited space.

They may also be used to store recreational stuff such as motorcycles and sports equipment, as well as planting and housekeeping supplies, seasonal ornaments, and a variety of other goods. Tandem garages offer advantages that conventional garages do not.