If you’re on the hunt for an architectural ceiling design idea to add a dramatic look to your home, consider a vaulted ceiling. This type of high ceiling provides an open and airy feel that makes any room of the house look bigger. Know all the related facts about vaulted ceilings, their pros and cons, how to vault your attic ceiling, as well as some great examples with pictures.

What is a Vaulted Ceiling?

The term ‘Vault’ refers to a roof in the shape of an arch or a series of arches. Vaulted ceilings are also known as raised or high ceilings but they are most commonly referred to as cathedral ceilings. These types of ceilings are substantially higher (up to 13 feet) than the standard ceiling height of a home, which is 9 feet. Their dramatic and sculptural curves instantly add a touch of elegance to any room of the house.

A Quick History of Vaulted Ceilings

Vaulted ceilings initially started as an architectural feature in basilicas and cathedrals many centuries ago. Over time, they became the ceiling choice for barn conversions and stately homes. The basic barrel shape with a series of deep arches that covered a 3-dimensional space first appeared in ancient Egypt.

The Roman architects were quick to discover the two barrel vaults that are referred to as groin vaulted ceilings. These vaults intersected at right angles within rectangular spaces. But it wasn’t until the Byzantine era that the vaulting was improved by taking on new forms. Today, most modern vaulted ceilings serve a functional purpose by featuring wooden beams as additional support for the structure of the home.

While the two are often thought to look the same, there are some important distinctions between vaulted ceilings and cathedral ceilings. The latter is defined by symmetrically equal, steep sloping sides that meet at a ridge in the center of the room. The upward-sloped ceiling has the same angle and rise as the height of the ceiling.

Vaulted ceilings, on the other hand, have a single sloping side with a curved slope. Most vaulted ceilings are framed using trusses to give the effect of raising the ceiling to a central point. The vaulted ceiling doesn’t normally follow the roof’s pitch, and it comes in different types as you’ll find out a little later. 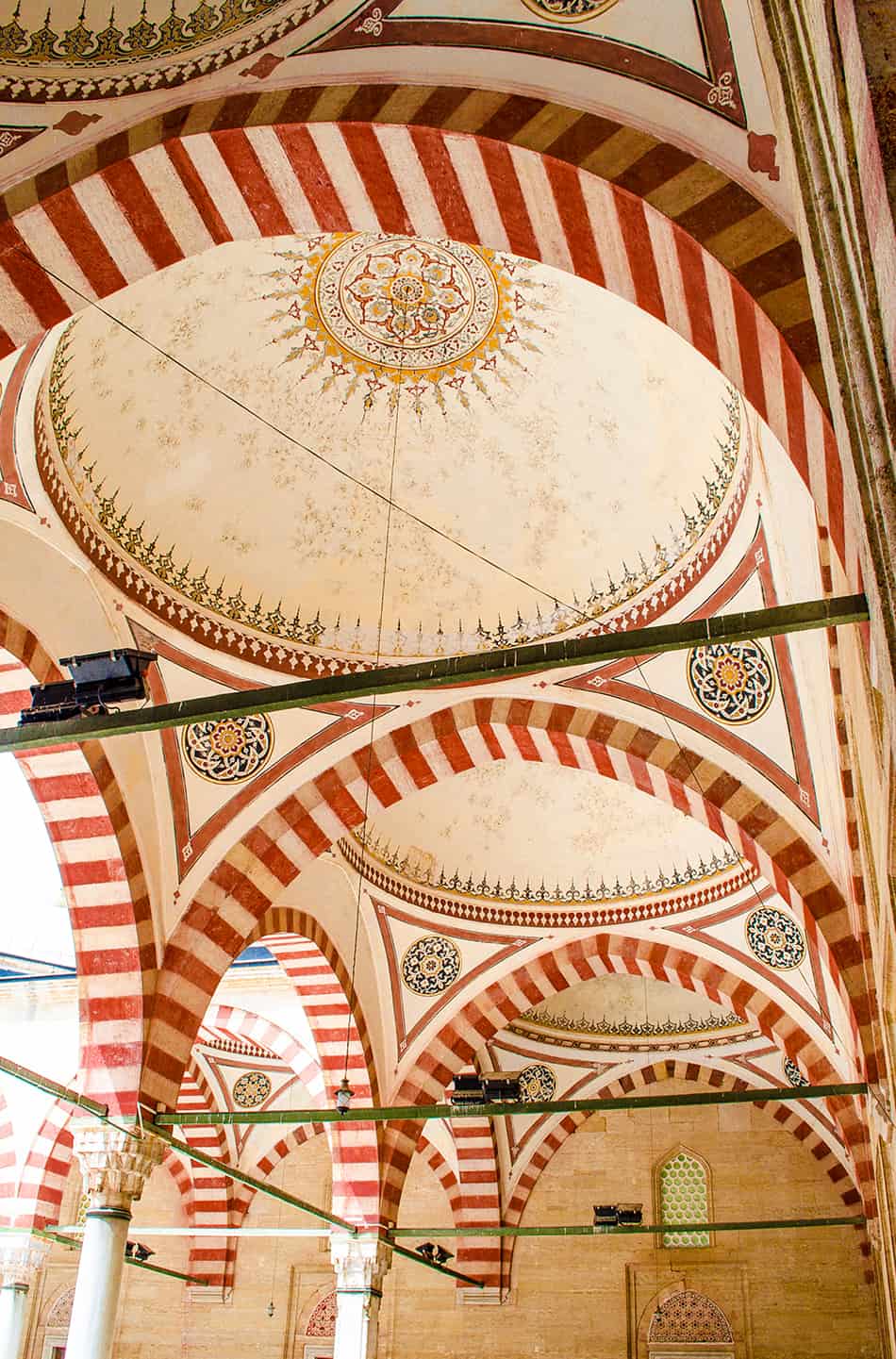 Domed vaults are the first recessed ceilings that go as far back as the gothic era with the emergence of circular structures dating 6000 BC. The early domed ceilings featured unfired mud bricks to shape the domes like beehives. These domes were mainly seen in Cyprus and the Middle East and the name is a clear indication of what they look like. Dome vaults are highly popular in study rooms and bathrooms, but they are also commonly seen in entryways and other compact spaces. Rooms with domed ceilings look bigger than they actually are, however, they are very challenging to recreate in an existing home. 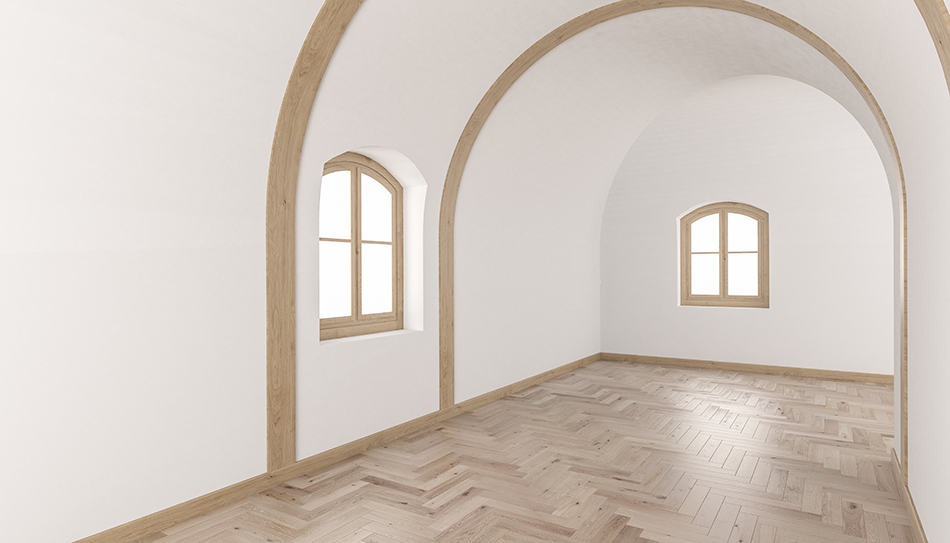 Barrel vaults are somewhat simple in design and consist of an arch throughout the entire room’s length. The barrel-like arch can be painted in an elaborate pattern or left as it is for a simple look. This type of vaulted ceiling is ideal for bedrooms as it gives a comforting feeling. It also works well in hallways and home theaters. 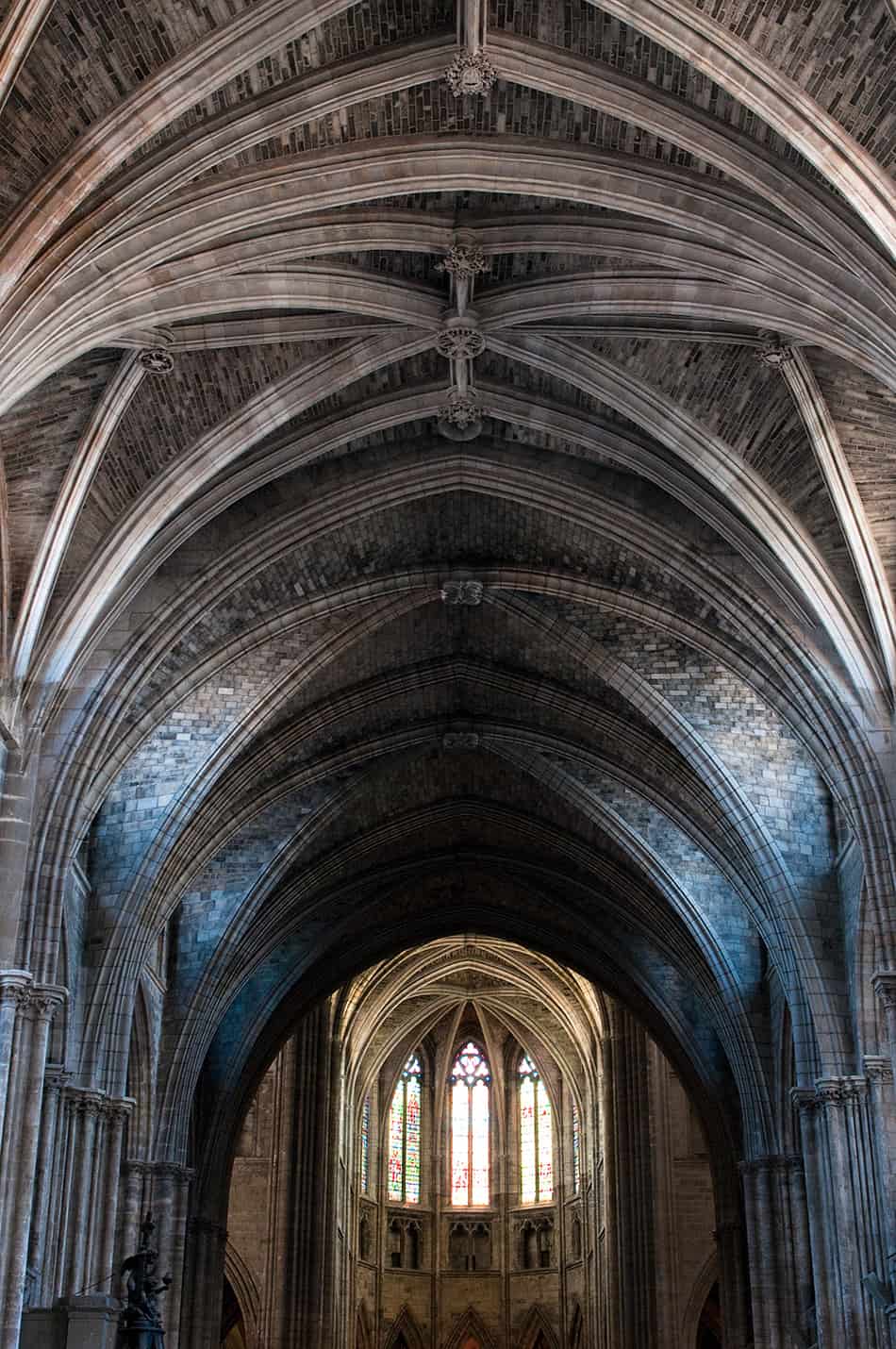 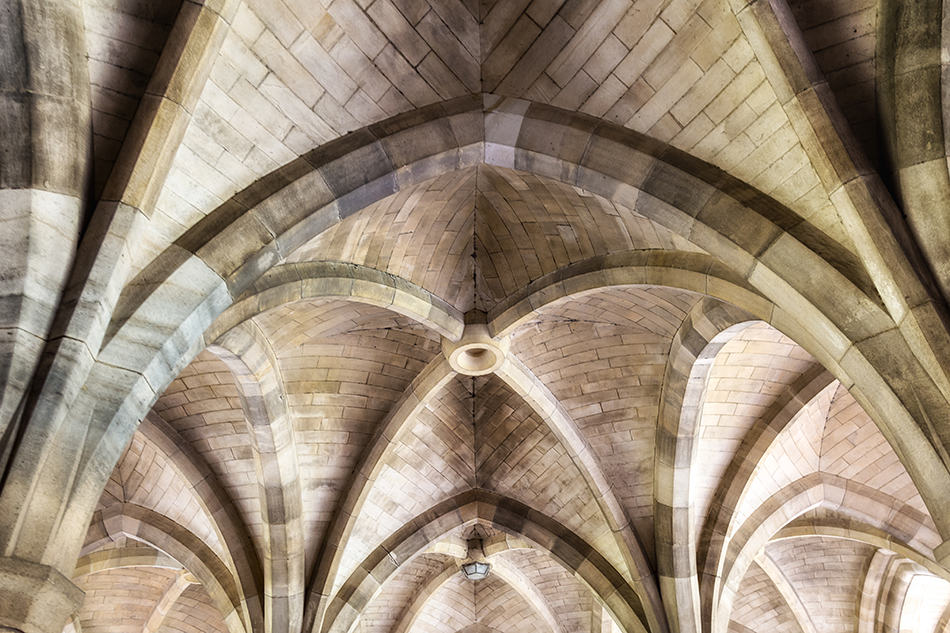 The revolutionary ribbed vaults are highly impressive in their design, but it must be said that the sheer complexity of their construction can be a drawback. The Diagonal ribbed vaults are combined with dome-like structure, thus establishing the ribs as centers. The design gives the look of a domed vault  in ribbed, semi-circular arches. This type of vaulted ceiling is mostly popular in patios and terraces. 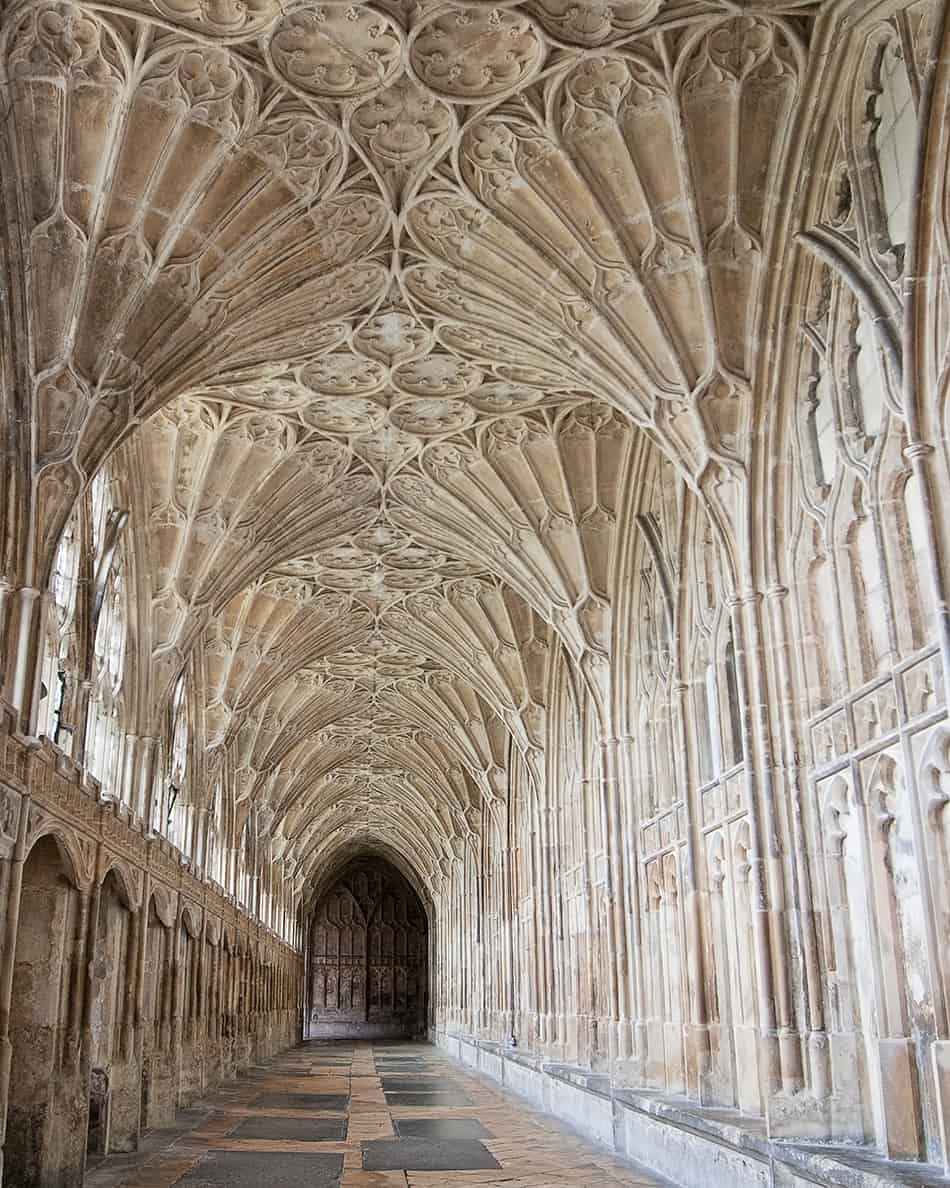 Fan vaults consist of a single curve that centers all the ribs, surrounded by a 4-sided arch. The lower section of the arch forms part of the conoid while the top section expands into a radius across the fan vault. The intricate set of ribs that spread like hand-held fans resemble a peacock. This type of vaulted ceiling is not commonly seen in residential homes as it’s extremely difficult to create. 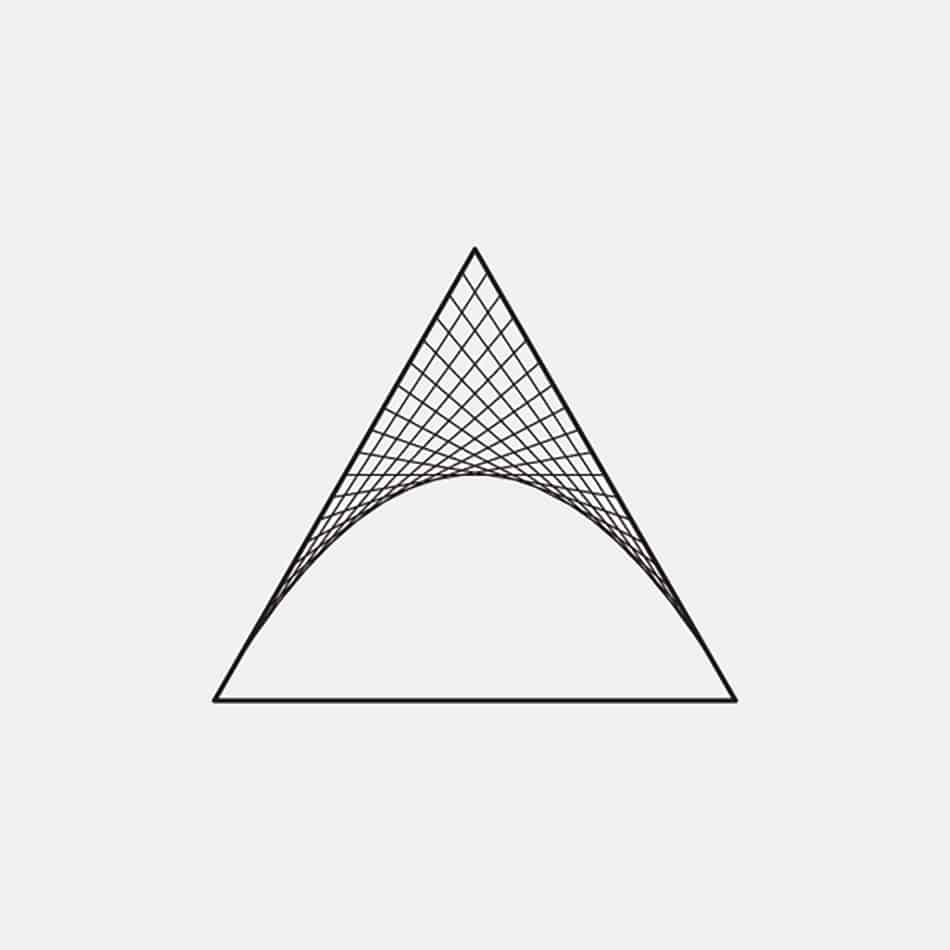 The modern-day hyperboloid paraboloid vaults have a double curve with concave and convex forms on two axes or more. The design of this vaulted ceiling is quite simple: there are two basic lines forming every surface’s point, with the hyperbolic format incorporated into the horizontal parts while the paraboloid one is for the vertical sections. This type of vault ceiling tends to be mostly used in shell roofs of contemporary buildings like barn conversions.

How to Vault a Ceiling

Virtually any house with a sloped roof can accommodate a vaulted ceiling, but it is important to have adequate attic space in order to construct the vault. Higher vaults require steeper roof pitches, while shallower vaults are best suited for lower-pitched roofs. While any room of the house can be vaulted, most people tend to vault the living room in order to fully appreciate this architectural addition.  To learn how to vault your attic ceiling, follow these steps:

For a video demonstration of how to vault a ceiling, watch this now https://www.youtube.com/watch?v=BMSo-avByjY.

1. Vaulted Ceiling in a Bright and Airy Living Room 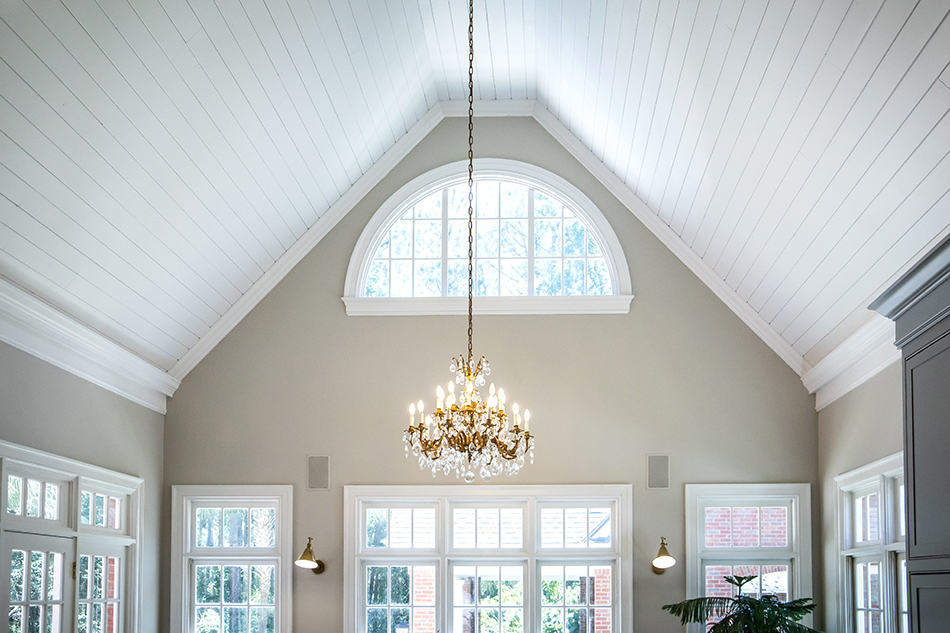 The huge chandelier in the center of this white living room with an arched window on the tall wall have both wonderfully captured the beauty of this vaulted ceiling.

2. High-Vaulted Ceiling in a Rustic Bedroom 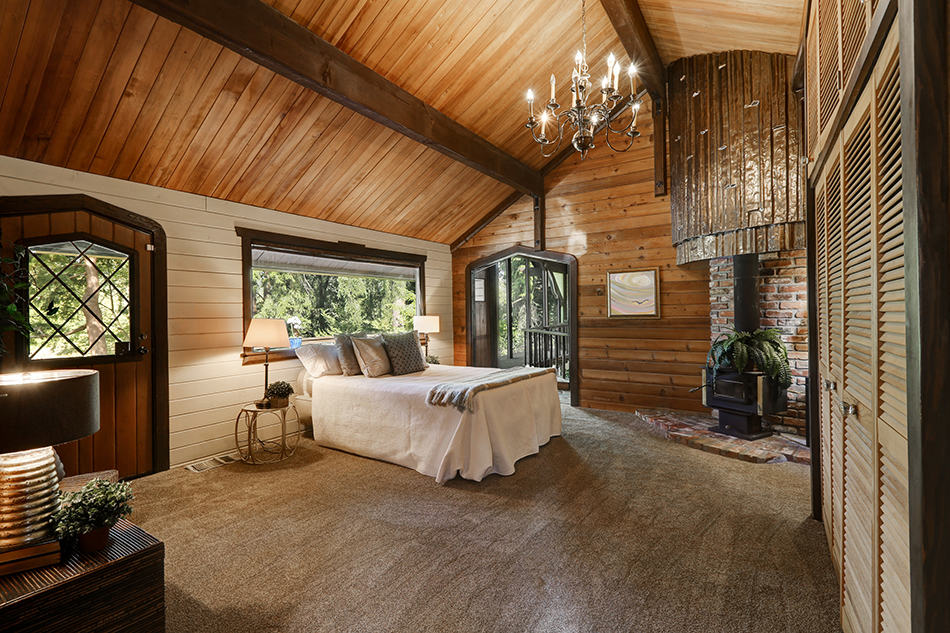 Who said chandeliers were only reserved for the high ceiling of living rooms? In this wooden bedroom, the focal point is the gothic-style lighting in the center of the high vaulted ceiling. The wooden ceiling here has created a sense of mystery and elegance.

3. Vaulted Ceiling in a Modern Kitchen 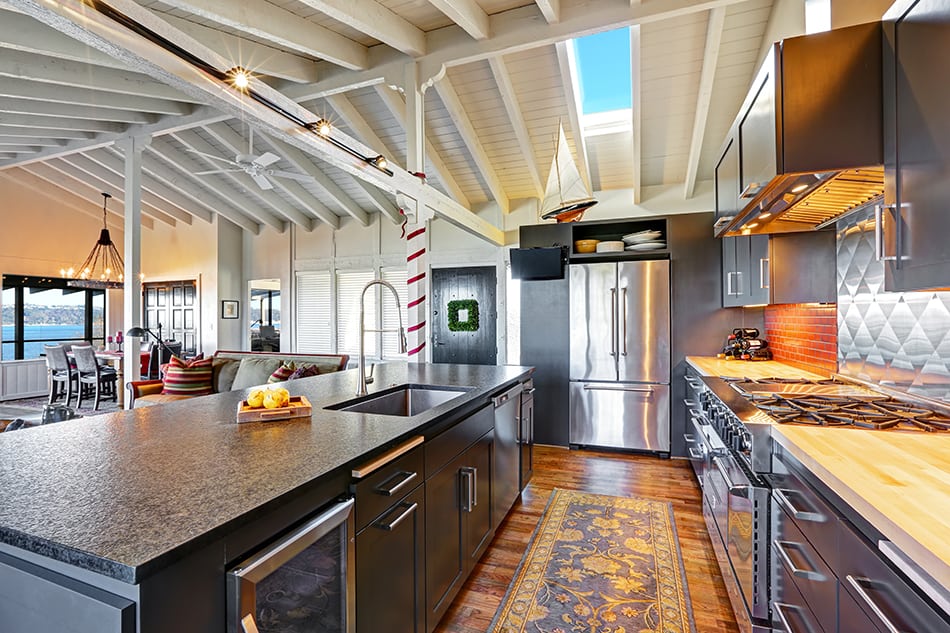 This contemporary kitchen features wooden vaulted ceilings in white color and a skylight that make a powerful statement above the dark kitchen cabinets.

4. Vaulted Ceiling in a Vintage Bathroom 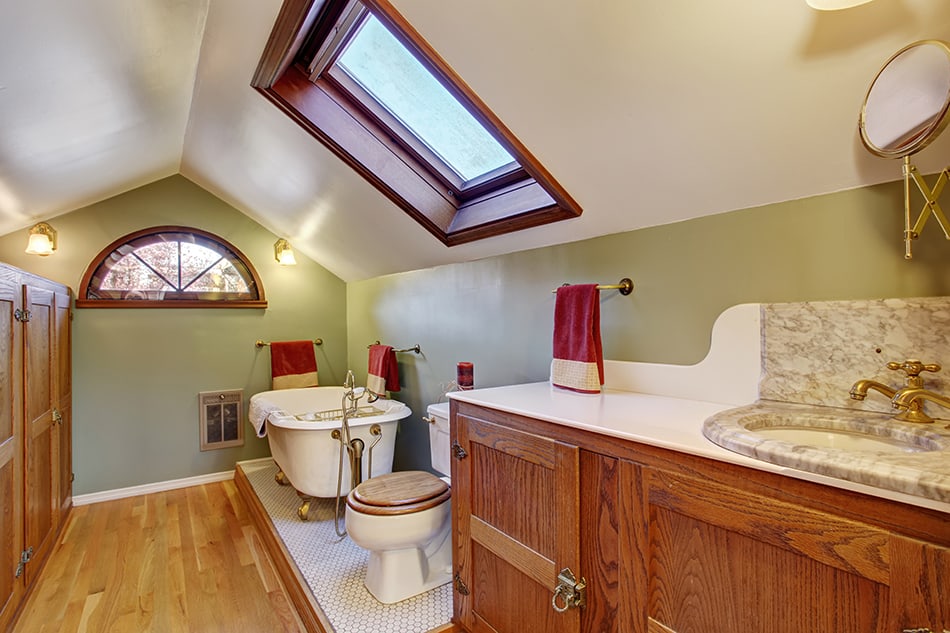 In this traditional-style bathroom, the skylight on the vaulted ceiling has further enhanced the airy appeal of the room and  created visual interest.

5. Vaulted Ceiling in a Stylish Patio 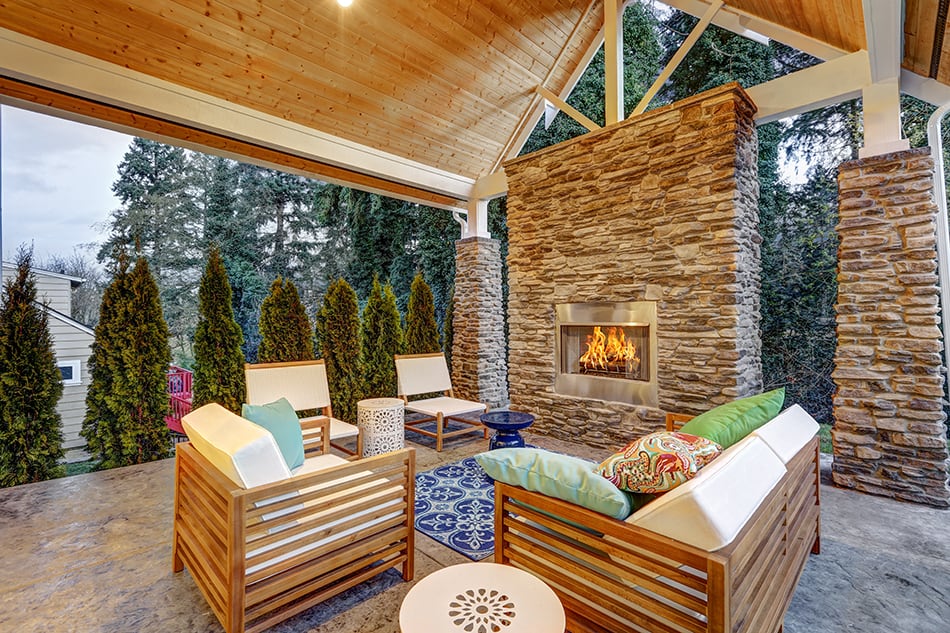 If you thought vaulted ceilings are unsuitable for outdoor areas, think again!  The plank vaulted ceiling in this stylish patio has made the oversized stone fireplace stand out as a focal point. Despite the height of the ceiling, you definitely won’t be feeling the cold in this room.

Adding vaulted ceilings to your home is no doubt a huge commitment – not to mention a big expense – but if you absolutely love the visual appeal of these architectural ceilings, then go for it! Vaulted ceilings not only add character to a home, but they also provide an open and airy interior that all of us value so much. 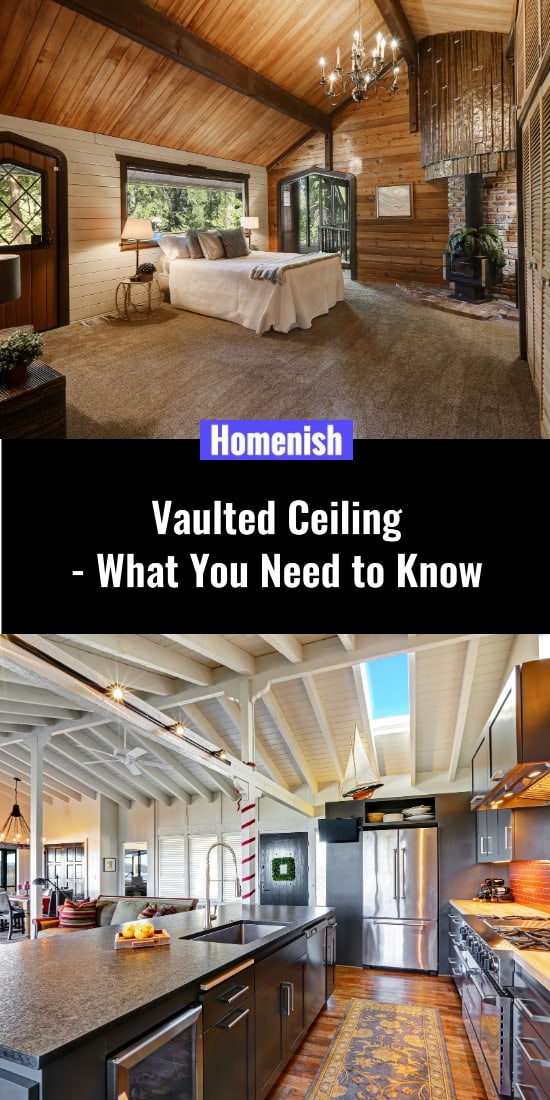