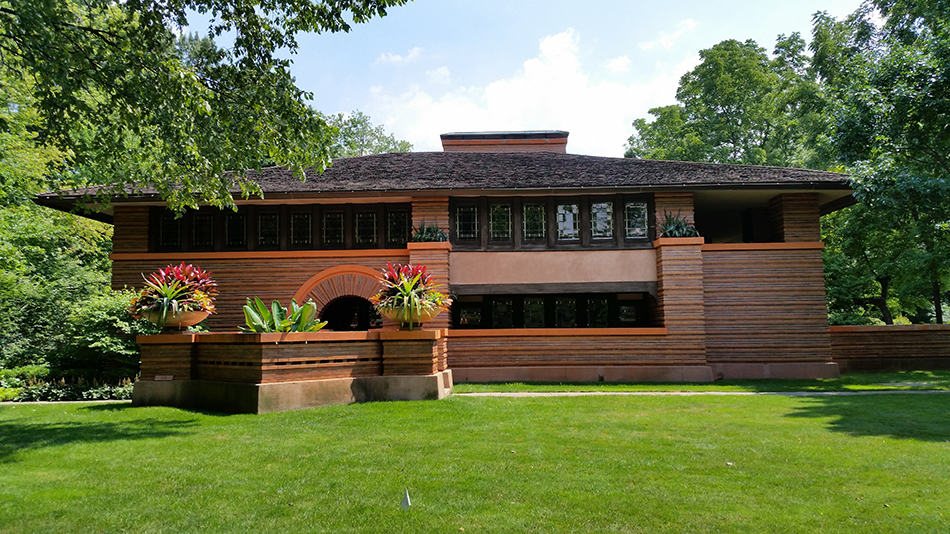 Have you ever wondered what American architecture looks like? Then take a look at the Prairie-style architecture. The original American-born Prairie style is a typical example of the most influential movement in American history. Let’s explore this unique architecture by delving into its history, characteristics, influence, and some famous examples right here.

What is Prairie-Style Architecture?

Prairie architecture is a building style that pays homage to the environment around it. This structure reflects the movement known as Prairie School. Similar to the Arts and Crafts movement, the Prairie style is the first truly American architectural style. These houses were built with the purpose of providing functional and open spaces to families.

The natural environment is incorporated into this style by providing easy access to patios and porches. The use of large windows allows plenty of ventilation and natural light, which are considered to be essential for the well-being of the occupants.

With the strong and prominent presence of this architectural style, Prairie architecture was, in fact, a newer version of the ornately designed Victorian homes from the 19th century. It followed a natural progression through the Arts and Crafts movement and the Craftsman-inspired home designs, with special artistry in execution. Natural materials were the symbol of these homes. These homes made the outdoor living environment to indoor spaces a completely seamless transition.

The Prairie style first emerged around 1900 in Chicago. It was the work of a young architect, Frank Lloyd Wright who worked alongside other architects to create this architectural style. After the horrendous Chicago fires in 1871, the city needed rebuilding and hence the architects started planning a new building design. They began developing a new architectural style that was uniquely American with a modern flair.

The Prairie style is thought to be the very first original architectural style in the US. These types of houses were built as bungalow houses with strong horizontal lines and characteristics that blend with their landscape. In fact, the surrounding environment embodied the structure as though the house is part of the scenery thanks to the use of natural, locally produced materials.

The architects of Prairie-style structures took their ideas from the Arts and Crafts movement, with particular emphasis on nature and simplicity. Modern elements, stylized ornamentation, and clean lines are the highlights of Prairie-style design.

In England, William Morris developed the Prairie movement alongside the Arts and Crafts, which resulted in the birth of the Craftsman style. Prairie School took inspiration from the principles of these architectural styles by embracing handcrafted products rather than factory-produced ones. The result was a revolutionary design that welcomed all things natural in order to blend with the surroundings.

Although the Popularity of Prairie-style architecture began fading rapidly in the US after 1915, its influence can still be seen in modern homes and Mid-Century ranches today.

The Prairie School architectural style was a radical innovation of the American Arts and Crafts movement. It embraced open-plan living, expansive windows for natural light, and single-floor structures. The idea was to design a modern American home with all the design principles of the previous movements. For example, in today’s homes, open-plan layouts still appeal massively alongside high ceilings. These are the design elements of the original Prairie School style.

Frank L Wright’s idea was to introduce organic architecture to help pave the way toward sustainability. This is seen in the use of natural materials. While the architect focused on incorporating modern designs into the surrounding landscape. Finding energy-efficient solutions by working with the land was the main drive behind the architect’s dream.

So we’ve talked about the history and the idea behind Prairie-style architecture, but what exactly does this building design look like? Read on to learn more about the main features of Prairie-style homes.

Horizontal lines: the strong horizontal surface lines are in contrast to the contemporary building designs, which usually had upward pointed surfaces. In Prairie-style homes, gutter downspouts and other vertical features were discreetly hidden, with the roofs being long, flat, and horizontal.

Handmade craftsmanship: Prairie-style homes incorporated lots of handcrafted woodwork, just like the Arts and Crafts movement. However, most decorative elements were designed as built-in structures without being overly detailed. The purpose of windows wasn’t just to allow natural light in; they also served as art. The concept of integrated furniture with art allowed the homeowners to keep the rooms furnished to a minimum.

Simple elements: natural elements are the symbol of this architectural style. The woodwork is simple and smooth, with the grain being visible throughout the lines.

Open concept floor: the main room in a Prairie-style house is an open-plan living room with dining room space. The kitchen is the only room that’s separate from the rest.

Natural materials and elements: the exteriors of Prairie-style homes were made of stucco or brick, with a large central chimney.

Large windows from floor to ceiling: all the windows were large, with art glass or other interesting features to make them stand out. Bright and airy spaces were the emphasis of these homes.

Prairie buildings are often long and wide, with broad, overhanging eaves and covered porches. These homes were built in bungalow style, with Mid-Western influences and occasionally Japanese-inspired elements that were highly trendy at the time.

The gable roof lines were not that visible because of their low-hipped shape. These were the defining characteristics of this architectural style. Other distinctive features include open, horizontal exteriors and flowing indoor and outdoor spaces instead of several box-like rooms.

Aside from horizontal orientation, most Prairie-style homes were built symmetrically, with porches or wings. These homes were inspired by the Tudor and Italian Renaissance eras, which are often seen in their tiled roofs, exterior half-timbering, and decorative cornices. The huge masonry columns supported the porch roofs and were the highlights of these homes.

The prairie style has long been associated with Craftsman architecture. But have you ever wondered what makes these two so unique? The striking style of Craftsman dates back to 19th century Britain. At that time, England was going through the Industrial movement and sought to introduce this style to architecture.

It wasn’t until the 20th century that the Craftsman style made its way to the US. It was cherished for its simplicity, unlike the Victorian homes that were famous for their ornate aesthetics. The most typical characteristics of Craftsman-style homes include low-pitched, gable roofs with wide overhanging eaves.

The front porches boast decorative pedestals that run to the ground level. For the interiors, open floor plans and exposed pillars looked larger than life, with prominent fireplaces that were the focal point of the living room.

The Prairie home styles were also based on simple, clean lines. As alternatives to Victorian homes, these box-like houses were meant to create an open flow inside of the building. These functional homes featured similar designs as the Craftsman style; however, the latter is an older design that’s handcrafted based on the Industrial lifestyle. This style is a little more conventional than the Prairie in a somewhat less sleek and more modern version. 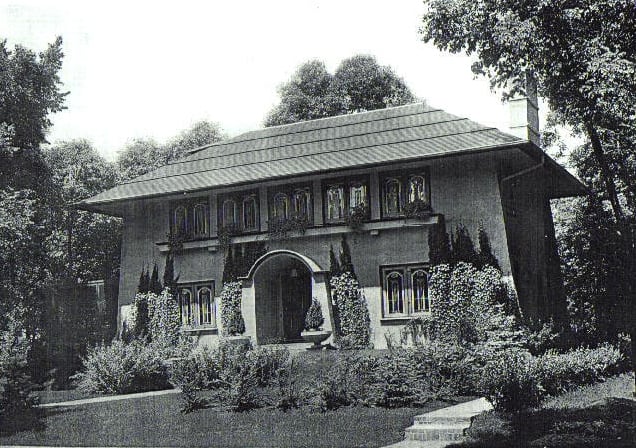 This well-known Prairie-style architecture was built in 1907 by the architect George Maher. 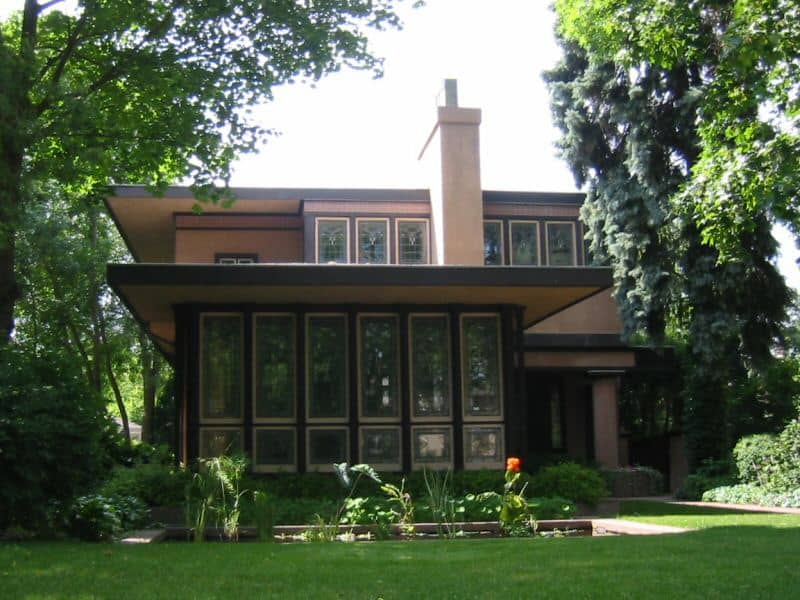 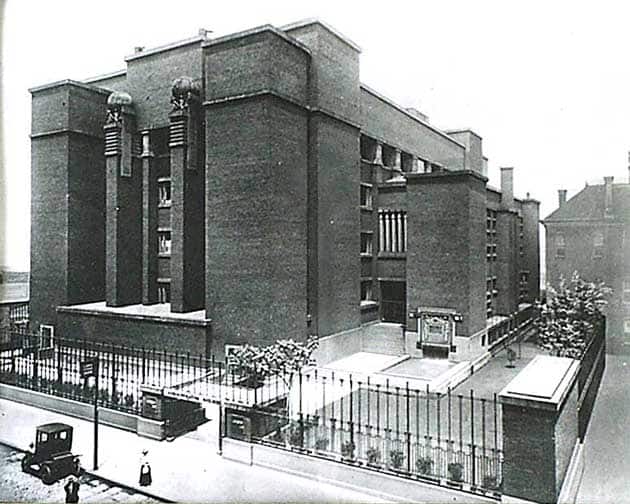 Here is one of the most cherished Prairie-style buildings dating back to 1906 by the original architect Frank Lloyd Wright. 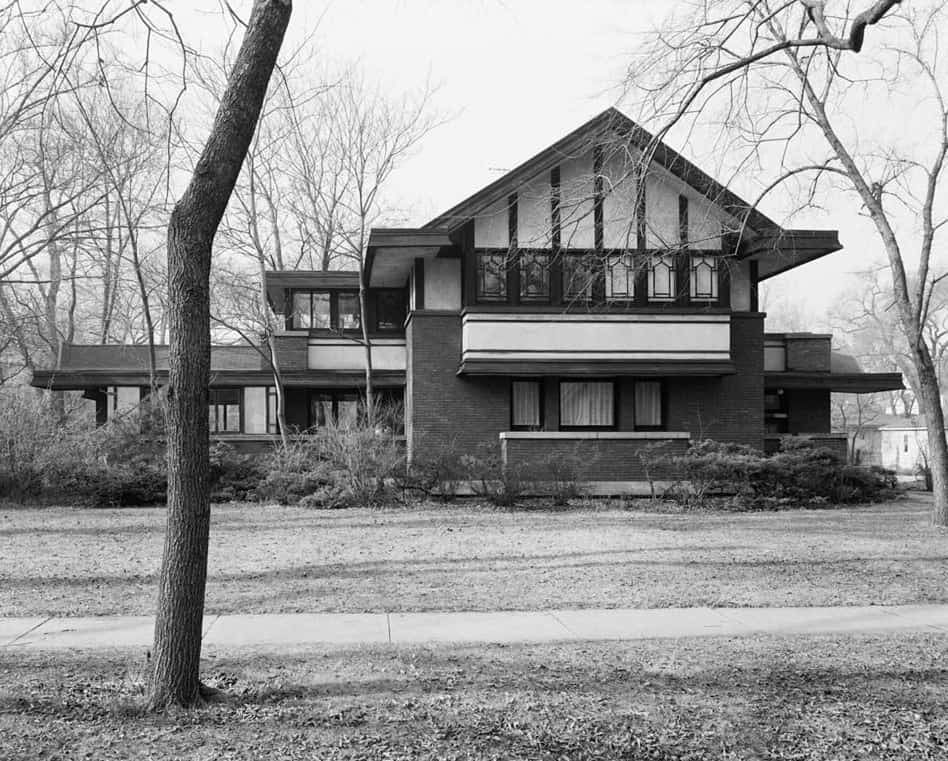 This beautiful Prairie School-style house was designed in 1910 by Walter B. Griffin.

The rich yet intimate residence of Emil Bach was designed by Frank Lloyd Wright in 1915.