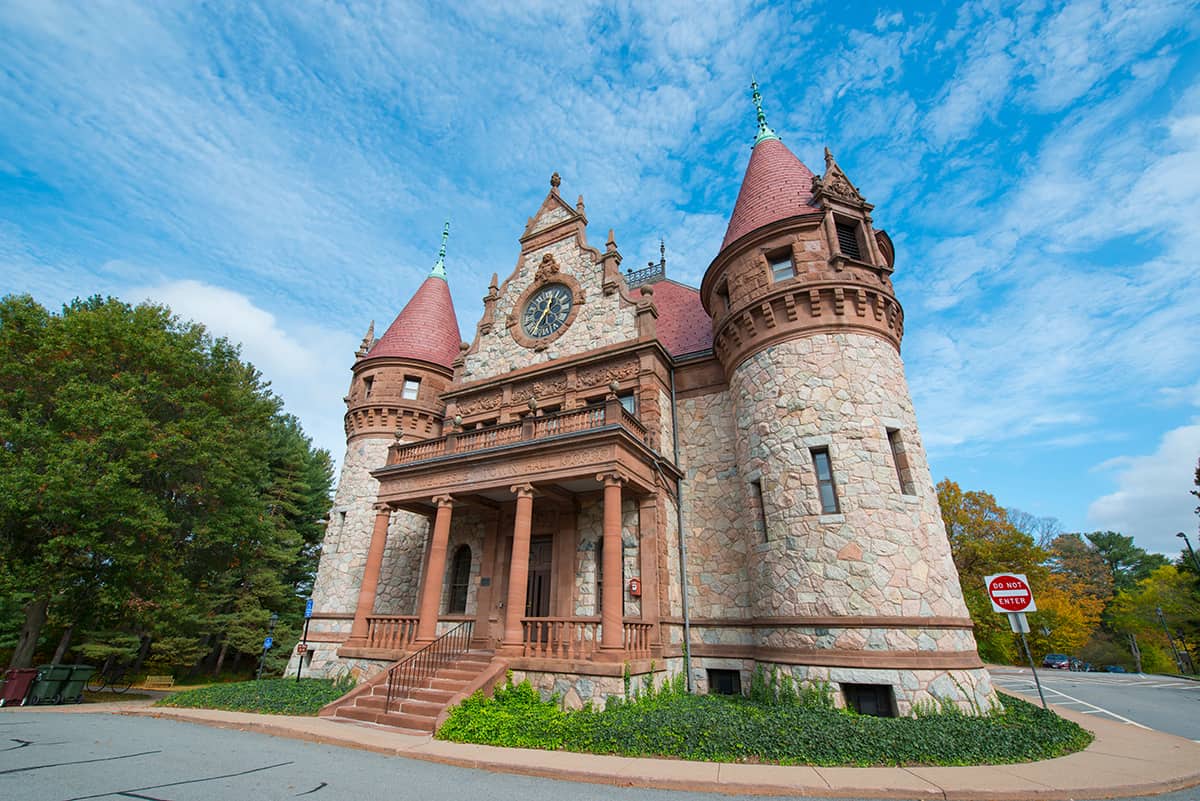 The Richardsonian Romanesque style architecture goes back as far as Medieval times in the Middle Ages. With its dominating churches and mansions, this style of building can be seen in both the US and Europe. The impressive style is closely associated with the Romanesque Revival architecture, which also dates back to Medieval times.

The head-turning Richardsonian houses are designed with Italian, Spanish, and French influences as this style of architecture was originally born in Medieval Europe. The Romanesque houses were reserved for the wealthy. After all, you’d need a lot of money to build a large mansion in masonry or brick with all that elaborate woodwork.

The stone had to be carved by masons, and let’s not forget the medieval decoration and biblical sculptures on the facade of the building. It’s no wonder these houses are now mainly public buildings rather than private residences.

Want to know more about the fascinating history and characteristics of Richardsonian Romanesque houses? Then keep reading this article…

What Is Richardsonian Romanesque Architecture?

The term Romanesque stems from the Romance language, which was first cited in 1715. It means fallen from Rome (referring to Roman architecture). Richardsonian refers to the name of the architect who designed this style.

Richardsonian Romanesque is a Medieval European style architecture characterized by semi-rounded arches. It is believed to have started between the 6th and 11th century. In the 12th century, the Gothic style followed the Romanesque architecture, with pointed arches as its hallmark.

Each building has uniquely defined shapes, often with symmetrical designs. But when we compare this style to the dramatic Gothic structures, the overall appearance of Romanesque houses is actually somewhat simple and not as dramatic.

The protruding half-round arches, the interesting stone or brickwork, the thick stone or brick walls, small windows and biblical sculptures at the entrance are the hallmark of the Romanesque buildings.

Many of the Romanesque structures across Europe and the US are popular tourist sites and part of the history of that city. The imposing architecture can be seen in churches, government buildings and art monuments, which have been around since Medieval Europe.

The dominating buildings were built to inspire just as much as they are intimidating. Some of these structures are no longer in existence today, but the biggest surviving buildings in Romanesque style are cathedrals or chapels.

These iconic buildings have either been restored or modified with a combination of different styles, but overall a large number has remained intact. This goes to show the timeless beauty of Richardsonian Romanesque architecture.

At the start of the 12th century, the dramatic and overpowering Richardsonian Romanesque architecture started evolving, and subsequently, the Gothic style followed thereafter. The Dark Ages that followed after the Roman Empire’s collapse gave way to construction of Christian churches in Medieval Europe. This is when the Richardsonian Romanesque architecture was born. The style drew inspiration from the Byzantine, biblical and Roman art, which highlighted the birth and life of Jesus through churches and castles.

This style building became particularly sought-after in 1890. After Trinity Church in Boston, the architect, Richardson developed his idea and designed many city residences in Romanesque style.

The Romanesque style structures required immense construction and materials, hence they were mainly reserved for public buildings, such as railway stations, courthouses, colleges, libraries, and government buildings. In fact, the mansions and townhouses that were designed in this style required huge construction so they could only be afforded by the rich.

The Romanesque style churches eventually dominated Medieval Europe in the 13th century. Some of the historic Gothic style structures were a direct replica of the Romanesque homes, but with more aesthetically pleasing, complicated and ornately designed features.

As a result, the Renaissance era began to emerge in France and Italy. Today, we can still see many Richardsonian Romanesque inspired houses in the UK and the US, which were designed by the inspired architects of the 19th and 20th century.

The exterior of Richardsonian Romanesque houses features heavy, round arches over doorways and windows. The walls are thick masonry and sometimes brick in round or square shapes with towers and conical roofs. The main emphasis is on the classical Roman arches above entryways.

The huge buildings are highlighted by their intimate architectural style to inspire the passersby. The round-shaped or octagonal towers are incredibly tall and the stone walls extend out with their thickness.

However, the imposing size of such buildings are contrasted by their small, stained glass windows that replicate church windows. This is the typical Romanesque art style usually seen on cathedrals and churches. You can also find multiple turrets surrounding the semi-circular towers.

Another notable feature of this style is the similarities with the Victorian and Gothic architecture. This can be found in numerous arches and pilasters that appear in rows of semi-rounded barrel vaults.

In the Gothic architecture, however, the preference is more towards the pointed or ribbed arches instead of rounded ones. But in both cases, the arches are held by sturdy pillars, which the idea stems from Roman times. These arches often appeared above doorways and windows in order to highlight the trim.

The interiors of Richardsonian Romanesque houses are usually just as dramatic and imposing as the exteriors. The walls are typically covered with wallpaper and decorated with elaborate woodwork. There are numerous rooms on multiple floors. The rooms are larger and boast expensive furniture.

The panelled walls, huge fireplaces and large staircases are almost always seen in such homes. Dark oak flooring is most commonly seen in living rooms and dining rooms, and the formal living room decor is often as bold as the building’s exterior.

Famous Examples of Richardsonian Romanesque Buildings From Around the World 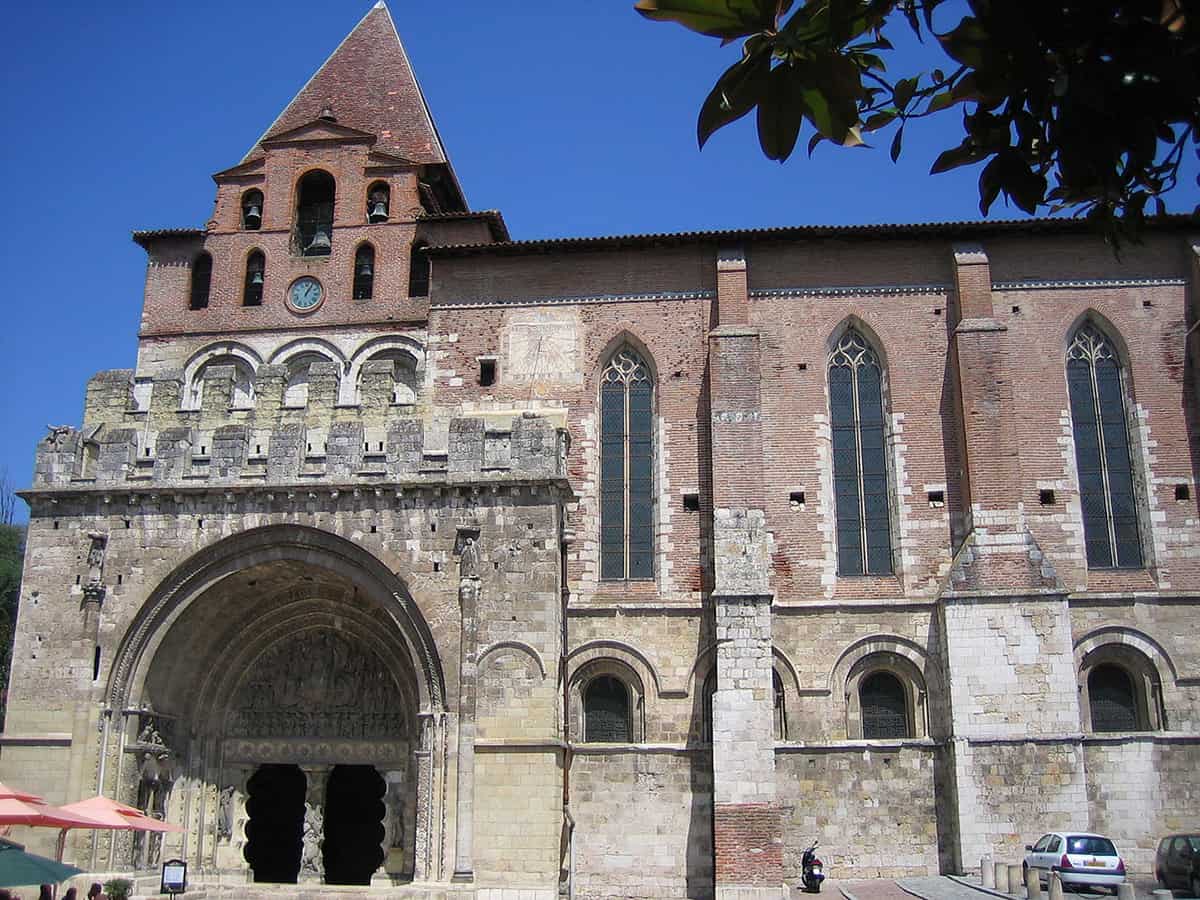 This renowned abbey church in southern France is prized for its impressive Richardsonian Romanesque sculptures of biblical characters at its entrance. The church was founded by F. K. Clovis in 506. 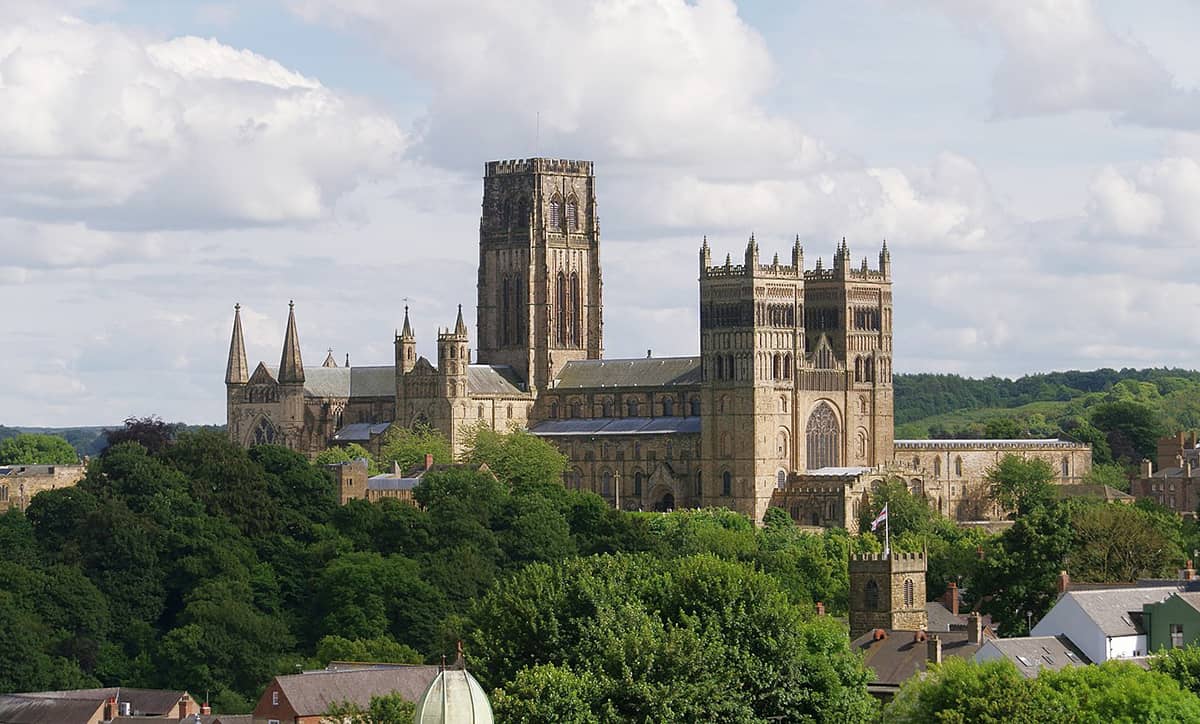 Constructed between 1093 and 1133, this grandeur cathedral is one of England’s greatest Richardsonian Romanesque monuments. With its Gothic details, the Durham Cathedral also possesses Norman architectural elements that stem from the Duchy of Normandy’s reign in Britain. 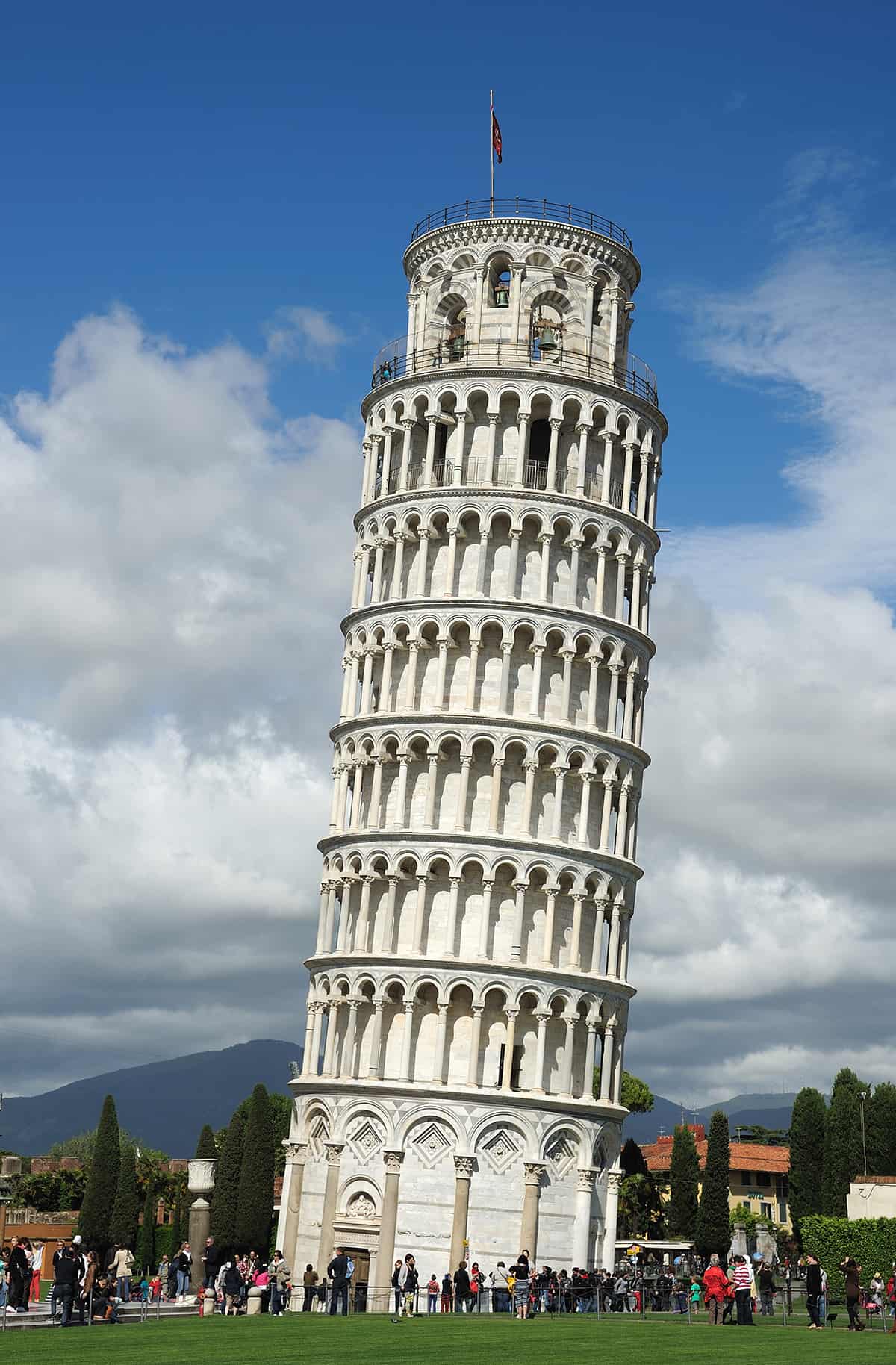 Who hasn’t heard of the leaning tower of Pisa! This renowned, slanted structure in Italy is in fact a bell tower, which is typical of the Richardsonian Romanesque period. It took almost 2 centuries to build this tower, with work starting from 1173. The freestanding structure started tilting 5 years later. 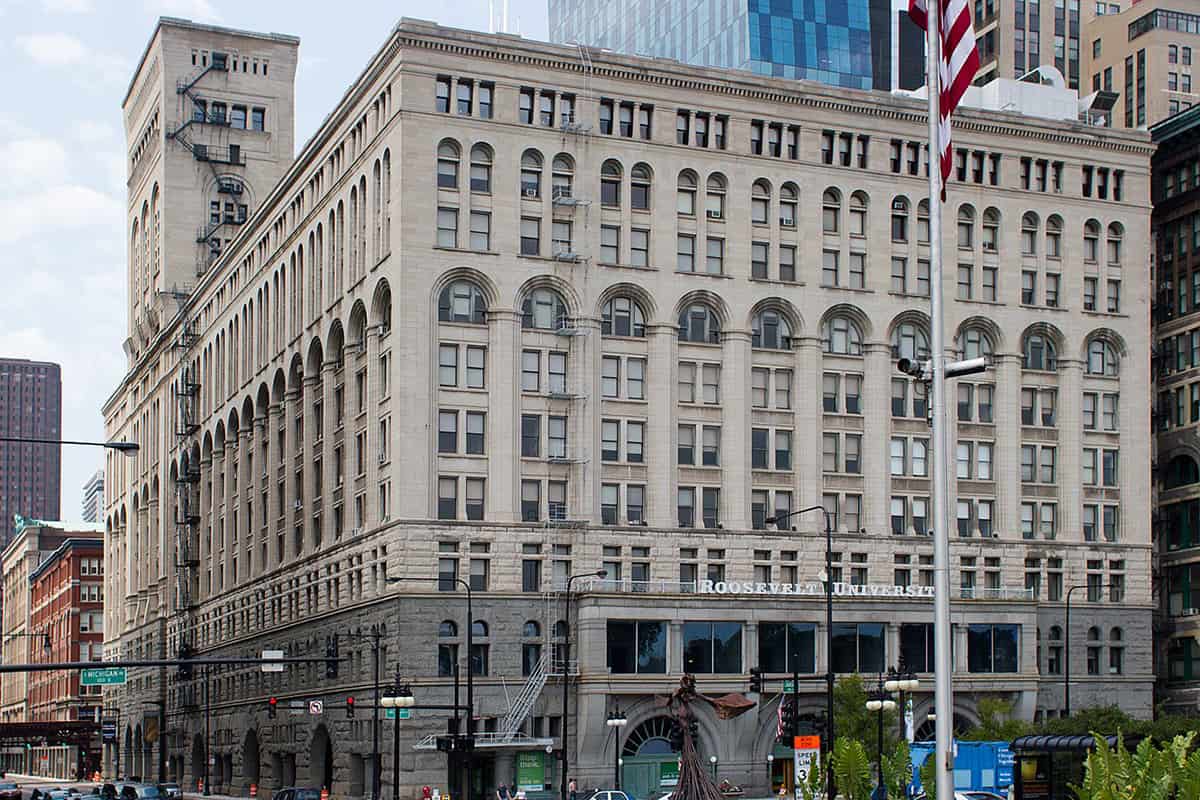 As a tall building with heavy, impressive outer walls, this auditorium in Chicago is the city’s unique landmark. The Richardsonian Romanesque inspired design was once one of the largest and tallest buildings in the US that was built in 1889. 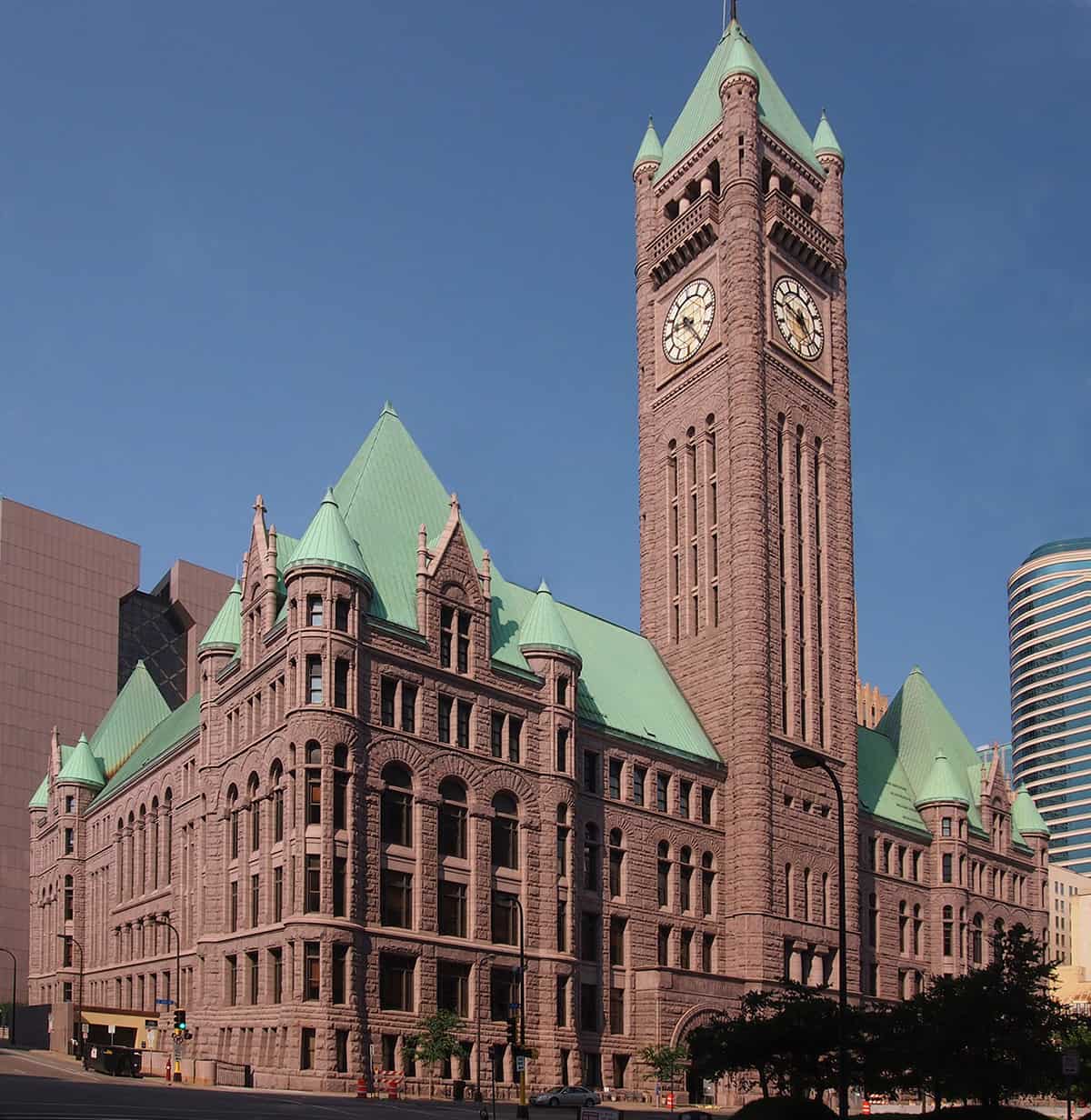 The last example of outstanding Richardsonian Romanesque architecture is the courthouse and city hall in Minneapolis. When the construction of this courthouse was completed in early 1900, it became the world’s largest chiming clock that was even wider than the famous Big Ben in London. The government building is so vast that it occupies an entire city block in Minneapolis.

This historic home was built in 1891 by the architect Charles Owsley and features 2 acres of land, sports grounds, golf courses and a lake. The mansion boasts heavy, round arches, stone finnials, and steep dormers with multiple turrets. Today, the mansion hosts weddings and functions as a bed and breakfast.