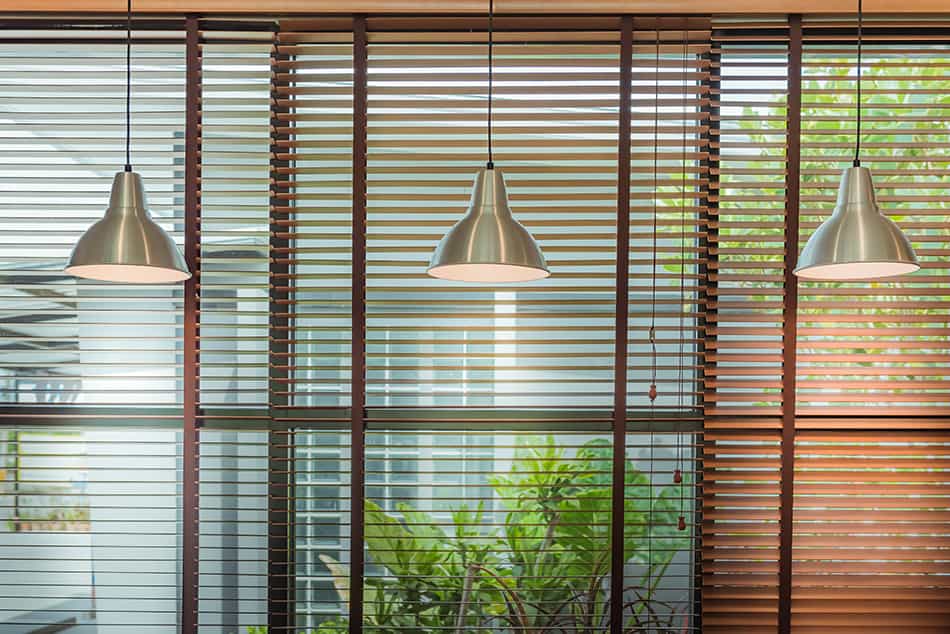 Blinds can prove to be an excellent aesthetic addition to any home or office. But this is not to say that blinds are only for adding a touch of elegance to your space. It has practical uses, too, like maintaining a level of privacy in your home. It can also help in regulating the temperature at home or in the office, especially during the summer months.

In this article, we’ll discuss and explain the major parts of a blind illustrated by a custom diagram.

You may not believe it, but blinds have been around for many years now. Historians believe that the window blinds of today originate from ancient civilizations in the Middle East that used wet strips of clothes in covering the windows of their huts. The Egyptians used reeds found in the Nile River for the same purpose as well as to cool their surroundings. Out in the east, particularly in China, the ancient civilizations tied together bamboos to create roller blinds.

In 1768, the first patent for Venetian blinds was awarded to an Englishman named Edward Bevan. Almost a century later, John Hampson from New Orleans, USA, invented the technique to alter the angle of the horizontal slats of Venetian blinds. This is the forerunner of the blinds we now use today.

Venetian blinds aren’t the only type of blinds. Perhaps the most popular is the so-called vertical blinds, especially for patio doors and smaller windows. Vertical blinds consist of individual slats running along a track placed at the top of the blind. It may open from side to side or by parting in the center.

Venetian blinds, meanwhile, are those that have horizontal slats attached with a string of cloth called tapes. Micro blinds operate similar to Venetian blinds but feature slats smaller in width and about 1-inch thick.

Other types of blinds are pleated shades, roller shades, and Roman shades. Pleated shades have a pleated piece of material, resulting in a shade that creates a pattern that looks like an accordion. Roller shades are often made from natural or synthetic fabric and can be rolled up and down. Roman shades, meanwhile, fold into themselves when raised. It operates similarly to a Venetian blind.

There are two systems employed in blind functions– lift system and tilt system. In the lift system, components such as the cord lock, pull strings, tassels, and plastic buttons or washers work together. It works by pulling the cord pull strings to go up through the cord lock. There’s a latching system in the cord lock which uses the weight of the slats to operate it. The lift strings then go down through the holes in the headrail and the slots and finally tie off at the bottom of the headrail.

Parts of a Blind

Since the vertical blind is the most common type of blind, it’s only reasonable to look and discuss its various parts. You can also see our diagram for the main parts of a blind below.

The headrail, also known as the track or header, is located at the top of the blind. It is mounted on the wall or ceiling. Often made of aluminum, it may also be made of other metal types. Its inside is grooved so that it can hold traversing parts. At its bottom is a track where carrier clips slide, and the said part of the blind vertically holds the vanes.

There are two main sizes of headrails. The high-profile headrail is about 2 inches high and 2.25 inches deep when you face the blind. The low profile variety, meanwhile, is about 1.5 inches high and 2.25 inches deep. There are also differences in the bottom rail shape; some are rectangular while others are trapezoid. The bottom buttons have two major styles- the plug button and the tie-off button. In the plug button, the lift string is tied off inside the bottom hole, while in the tie-off button, the button comes with a hole, and this is where the lift string goes through when it is tied off.

Meanwhile, the vanes are the vertical lengths of fabric that hang from the headrail. Also called slats, blades, or louvers, the vanes may also be made of vinyl. Fabric vanes are usually manufactured with a sewn-in weight on the bottom. On the other hand, vinyl vanes come in various colors, styles, and textures.

The gear assemblies traversing within the headrail are called carriers. The carriers hold the stem, which is attached to the vane. Those gears are responsible for the vane rotating back and forth whenever the chain is pulled. Then there’s the stem which is integrated into the carrier. The stem holds an individual or single vane.

In short, window blinds are highly functional and versatile. It can make your home or office cooler, especially during the hot summer months.

There are different types of window blinds in the same way that there’s a wide range of parts that work together to make a window blind operate seamlessly. Regardless of the window blinds you may have in mind to install in your home, you can be assured that they can make a significant difference in the temperature, privacy, and look of your space!