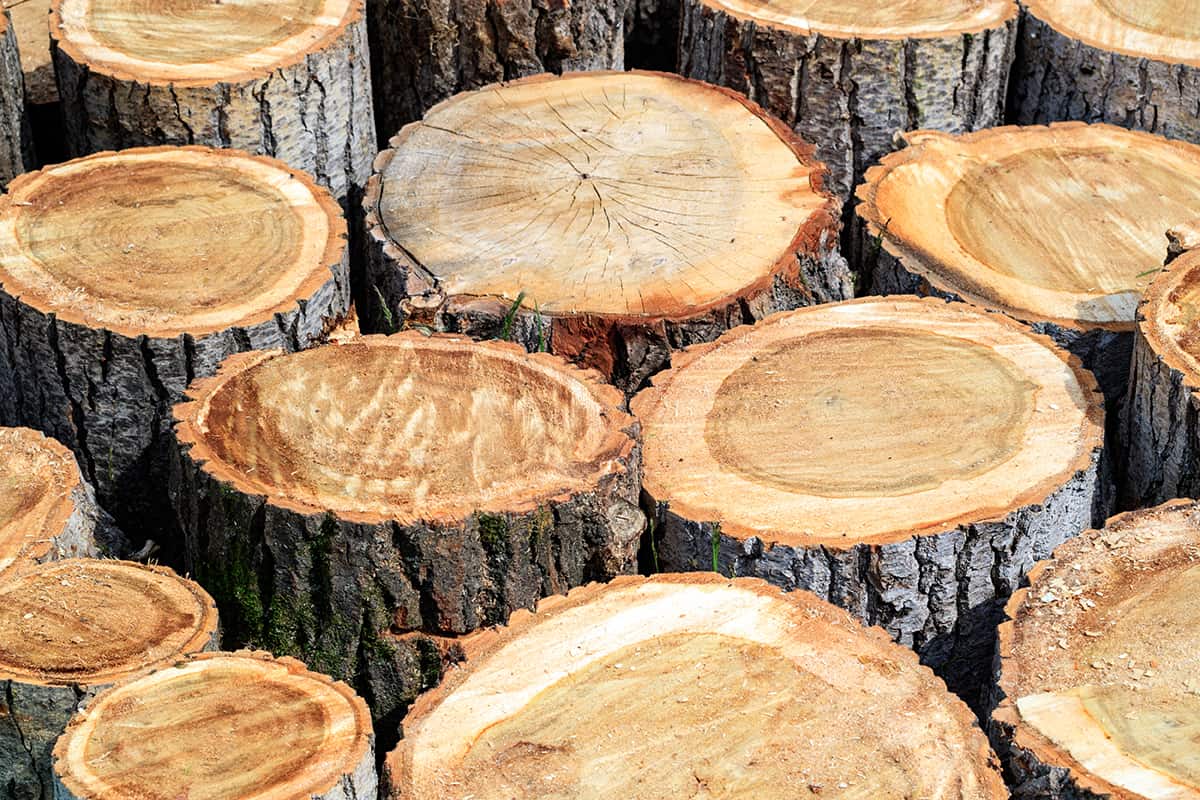 Poplar wood is a type of hardwood that lacks the durability of most other hardwoods. It is not a sought-after type of wood for flooring or furniture building, but it has other uses within the construction industry and in the manufacturing of paper.

Poplar trees are exceptionally fast-growing, with most species gaining between 3 and 6 feet in height each year. This means that lumber can be produced extremely quickly, resulting in a lower cost to the consumer and less harm caused to the environment.

The low cost of poplar wood means it can be used to create furniture for people on a small budget. It can also be used for cabinetry and countertops in homes if it is finished with a durable lacquer to prevent it from scratching or denting.

Poplar wood has very fine pores and a straight grain with no knots. This means that it stains very well and can be made to look like a much more expensive wood by changing its color. The fine pores also mean that paint adheres easily to poplar wood.

Since poplar does not have a particularly attractive look naturally, these qualities mean it is suitable for use as a finishing wood because it can be stained or painted to be made more appealing.

Poplar wood is quite flexible, which means it isn’t great in certain applications, but it’s ideal for use in shelving where you want your wood to be able to bend slightly rather than snap.

Easy to work with

Poplar wood is not very dense, and as a result, it means it is easy to cut by hand or with power tools. It is also easy to drive screws and nails into this wood, although they may not hold well since the wood is quite soft. Despite being a hardwood, poplar wood is actually known to be similar to softwood when it comes to working with it.

Poplar trees are fast-growing, and as such, they are ideal for planting in public parks and open spaces where you want to quickly achieve a forest look or create some shade.

When planting poplars, be aware that their root systems can be very invasive, so they should not be grown close to buildings with foundations or sewage systems. Their roots can be very destructive and have been known to spread as far as 130 feet from the trunk of the tree.

However, this aspect of the poplar tree is what makes it able to withstand a variety of different growing conditions to become a hardy and low-maintenance tree. 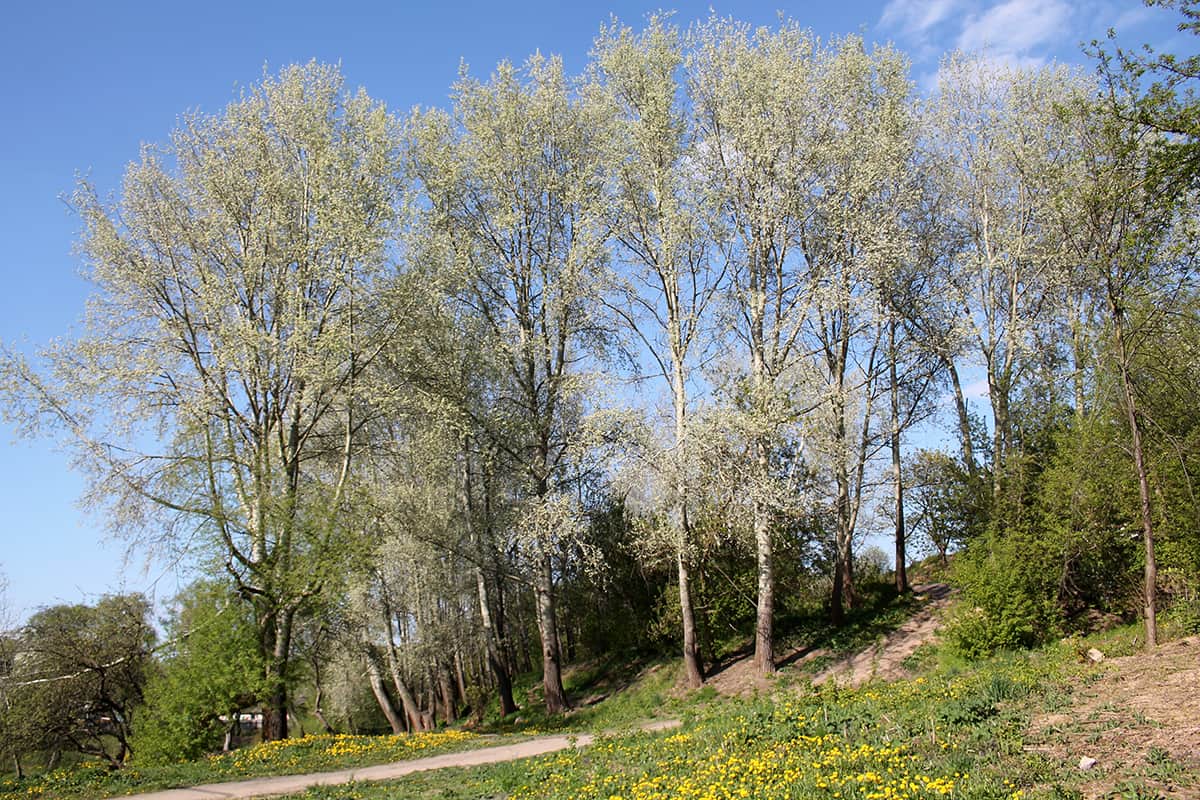 This tree grows natively from south-central Europe across to southern Asia. It is a deciduous broadleaf species that typically reaches mature heights of between 50 and 100 feet. This tree can easily be distinguished by its bark, which is pale gray with diamond-shaped pores in a dark green-gray color.

The wood produced from this tree is soft and easy to carve; as such, it has been used historically for sculptures. For example, Donatello’s ‘Penitent Magdalene’ was carved from white poplar wood.

The wood was also widely used to make panels upon which artists painted, including the Mona Lisa. Nowadays, white poplar is most commonly used to make cardboard boxes.

As white poplar is an inexpensive wood, you can use it for some home decor projects if you are on a tight budget. For example, it can work well as molding or trim around the ceiling.

Do not use it as trim near baseboards or high traffic areas because it dents and scratches easily. It will work well for cabinet making if you coat it in a protective lacquer to make it more hardwearing. 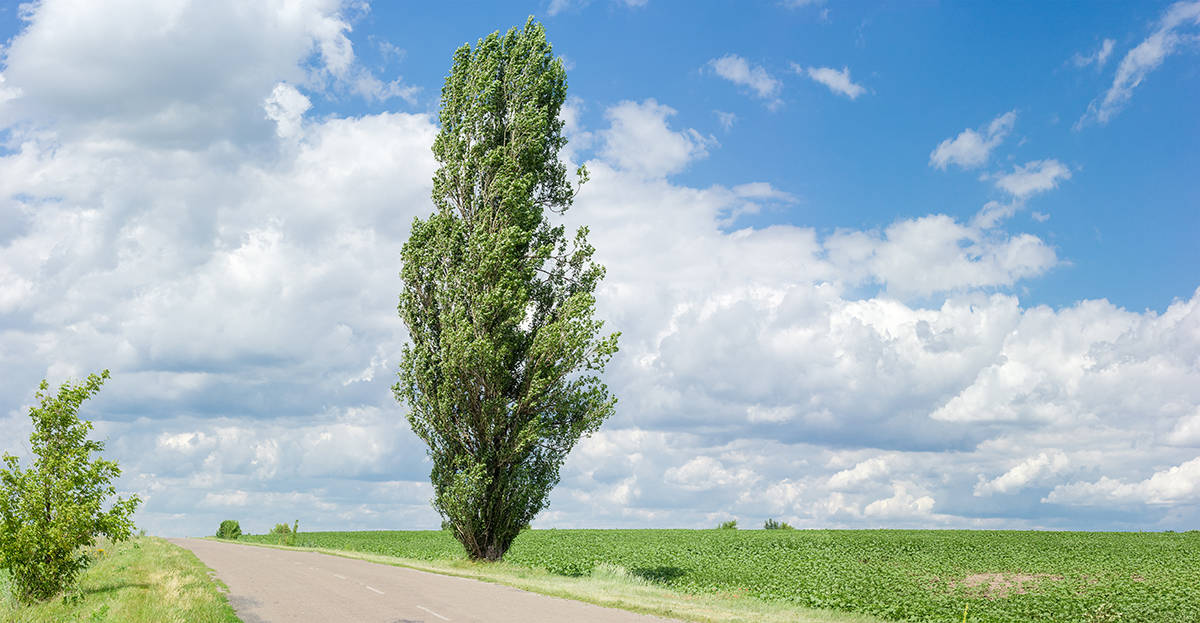 This tree is native to Asia, Europe, and Northwest Africa. It grows up to 100 feet tall, with a trunk measuring up to 5 feet in diameter. This tree is named after its bark which is a dark brown shade but can appear black.

Black poplar wood lacks durability, but its close grain makes it a good choice for inexpensive firewood. It is also used for plywood, furniture framing, and in the production of crates and boxes. 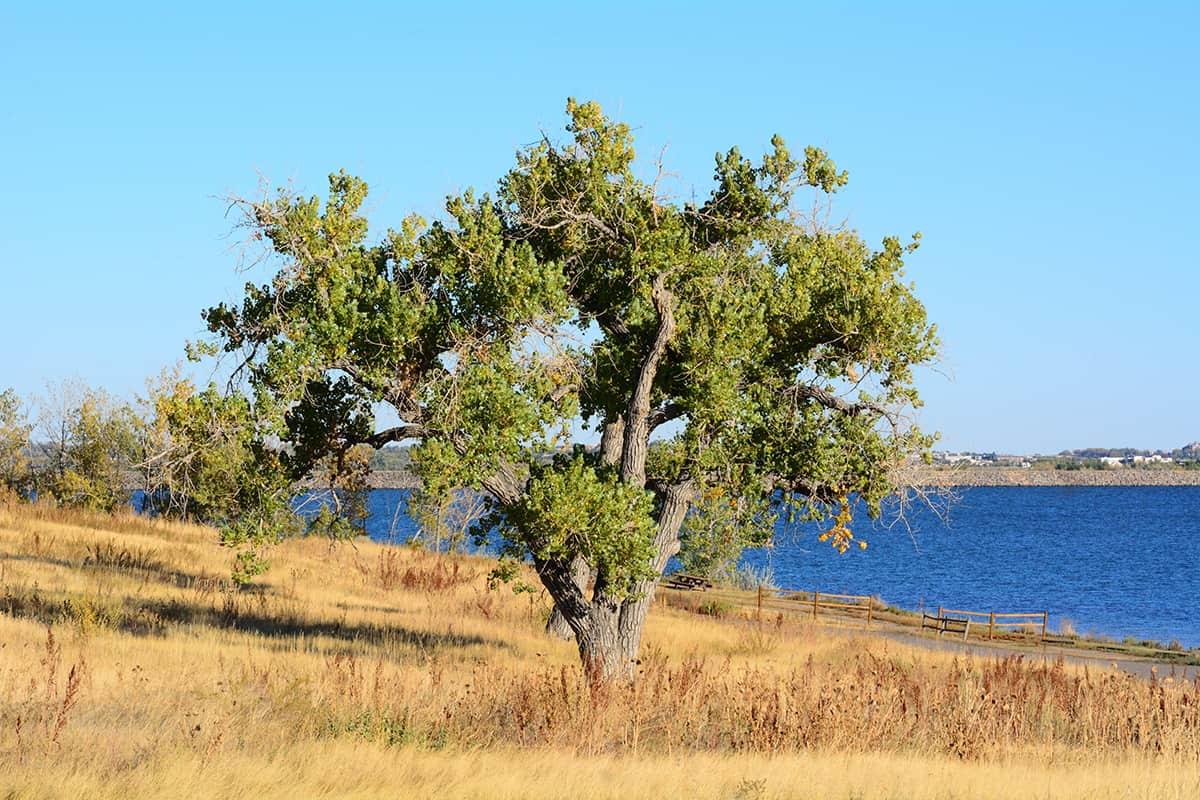 This is a native North American tree that grows from northeast Mexico, through the southwestern, central, and eastern United States, to eastern Canada and the prairies. It is a large tree with a typical height of between 60 and 200 feet and a trunk measuring up to 9 feet in diameter.

The rapid growth of this tree means the wood is inexpensive to buy and widely available. The sapwood is almost white in color, while the heartwood is pale brown. The wood of the tree is soft, so today, it is primarily used for plywood, veneer, and the production of crates and boxes. 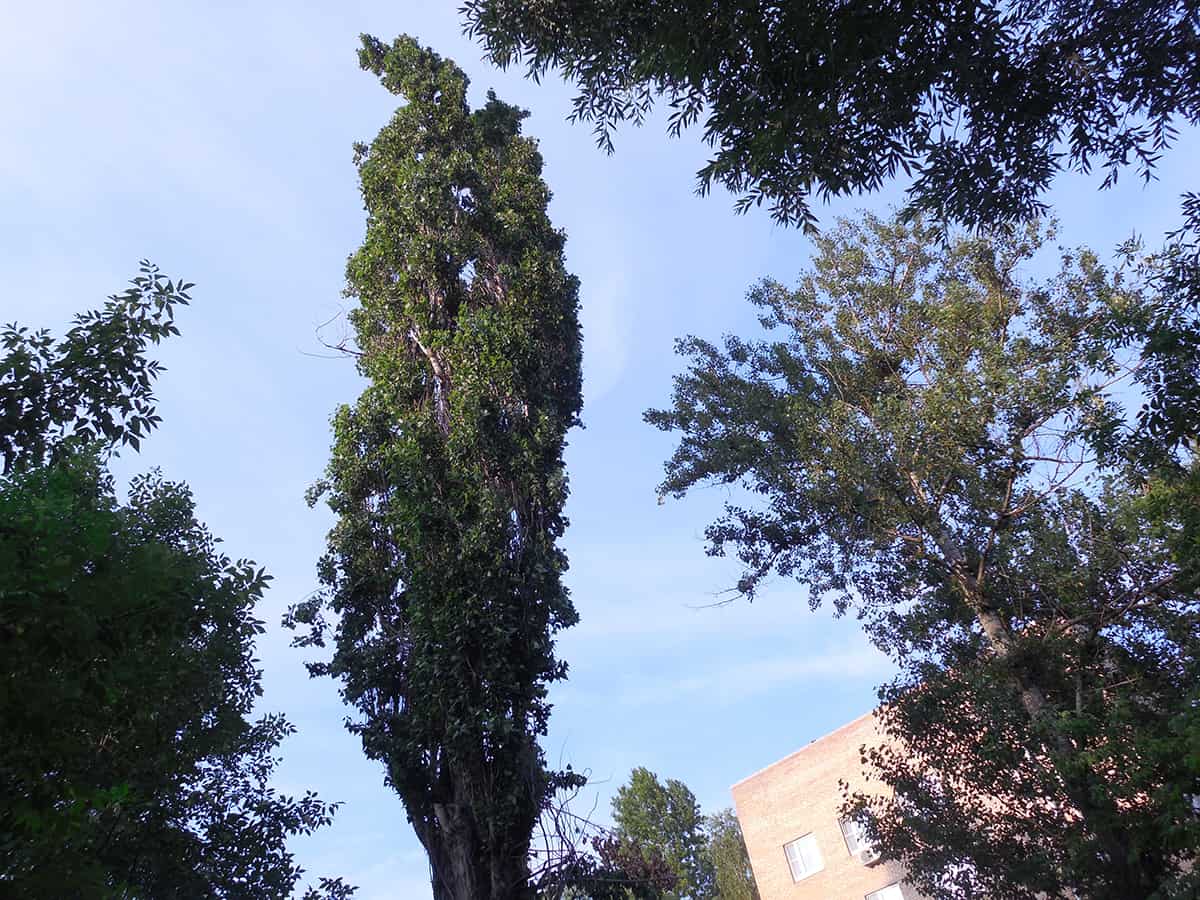 This is another native North American tree that grows on the flood plains, with heights of up to 100 feet. This is a fast-growing tree that can live for up to 200 years. It produces buds that are known for the sticky sap they contain and the sweet balsam scent they produce.

Balsam wood is used in construction, furniture-frame making, and as pulpwood. It is also used in plywood and veneer. 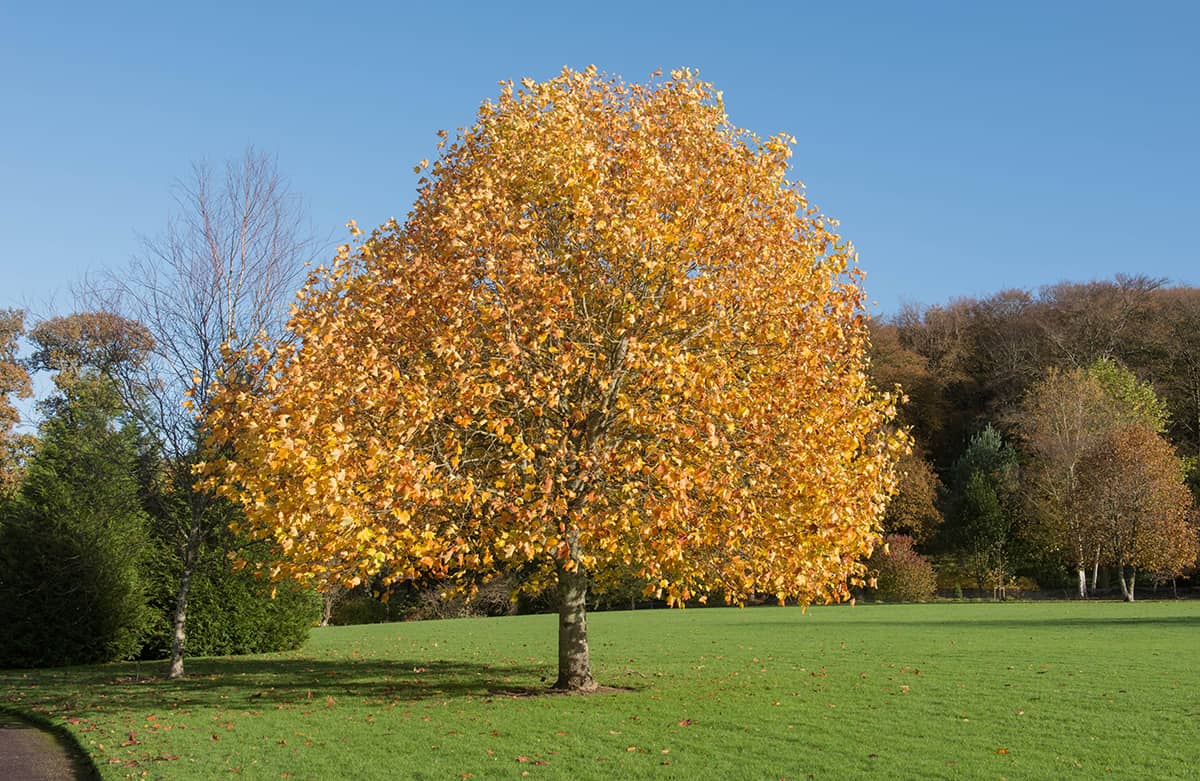 Despite being known as a poplar tree, the yellow poplar does not actually belong to the poplar (populus) genus. It is a native North American tree, which reaches heights of around 160 feet, often not producing any branches until over the 100-foot mark.

The lack of lower branches makes this an extremely valuable source of long, straight timber. In the US, this wood is sold as poplar wood; however, it is exported and sold around the world as ‘American tulipwood.’

The qualities of this type of wood are comparable to pine. It has a fine grain, and is soft, and therefore very easy to work with. It grows quickly, making it inexpensive and widely available. The wood of the yellow poplar is commonly used for a wide variety of purposes, including in the making of organ instruments, carriages, coffins, pallets, and furniture.

It is also widely used as interior paneling and as siding on the exterior of houses. The sapwood of yellow poplar is a creamy color, while the heartwood is pale green.

It is rarely used for its looks and instead is chosen for its easy workability and low cost, and then stained or refinished to resemble a more expensive wood like oak or teak. 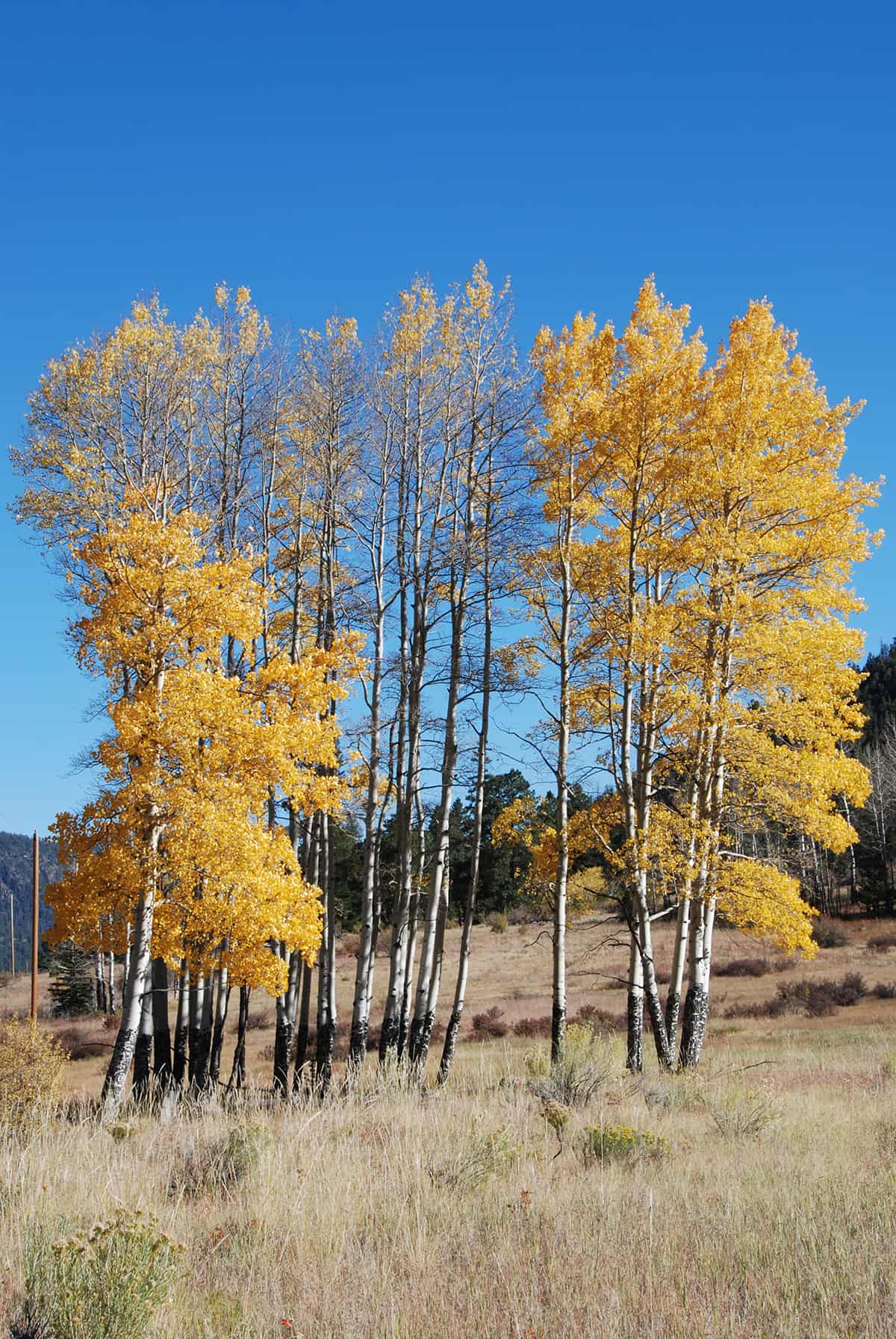 This tree is native to North America, from Mexico right up to Canada. It is commonly known as the quaking aspen and is the official state tree of Utah. It is a medium to large tree with an expected eventual height of between 60 and 80 feet.

The tree grows quickly and is tolerant of a wide variety of climatic conditions. The wood from this tree is soft and not well suited for use as lumber. Instead, it is better used as pulpwood in the manufacturing of paper. This wood is commonly used as firewood at campsites purely because it is widely available and cheap.

However, since it dries out slowly and rots quickly, and does not give off very much heat, it is not the best choice for firewood. 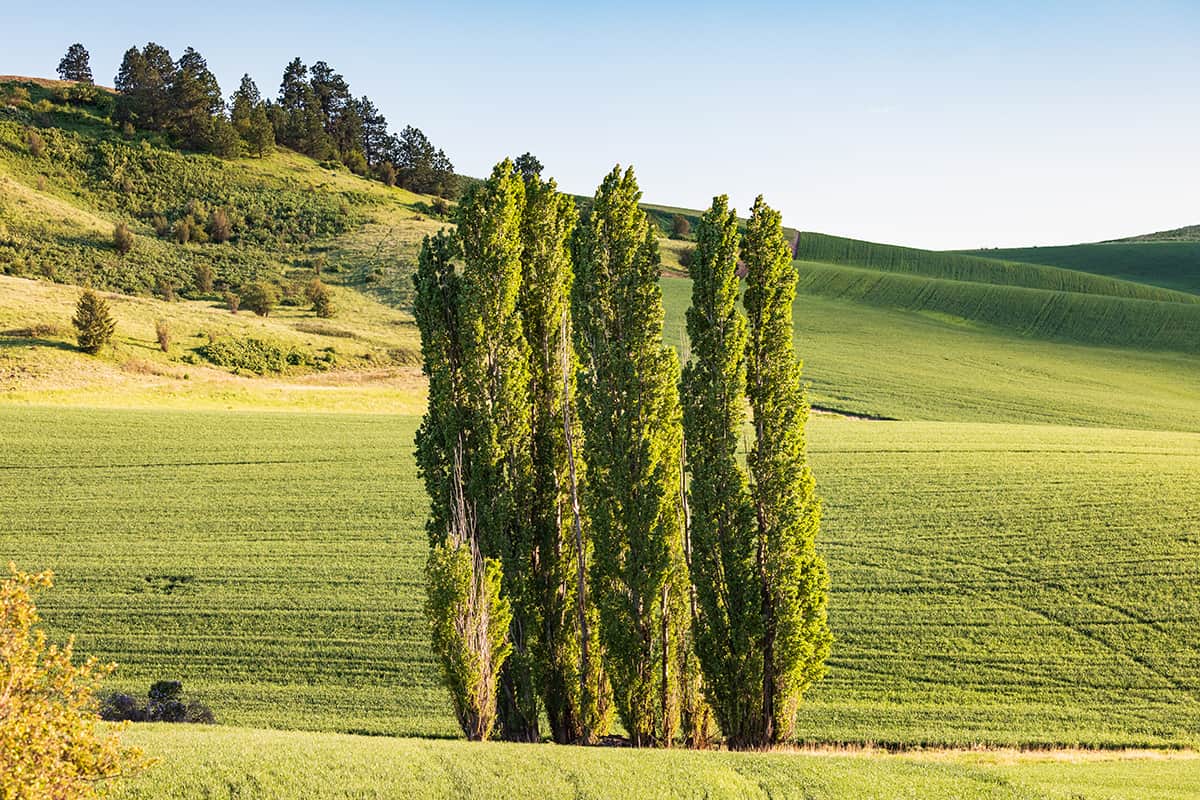 This tree is thought to have appeared in Italy in the 1600s as a male cultivar of the black poplar. It grows quickly at a rate of 3 feet per year to an eventual height of between 40 and 50 feet.

It is an exceptionally attractive tree that is known for its ornamental value, though unfortunately, it is a short-lived tree with a life expectancy of around 20 years. It is not valued for its lumber, which is soft and best used for pulpwood. 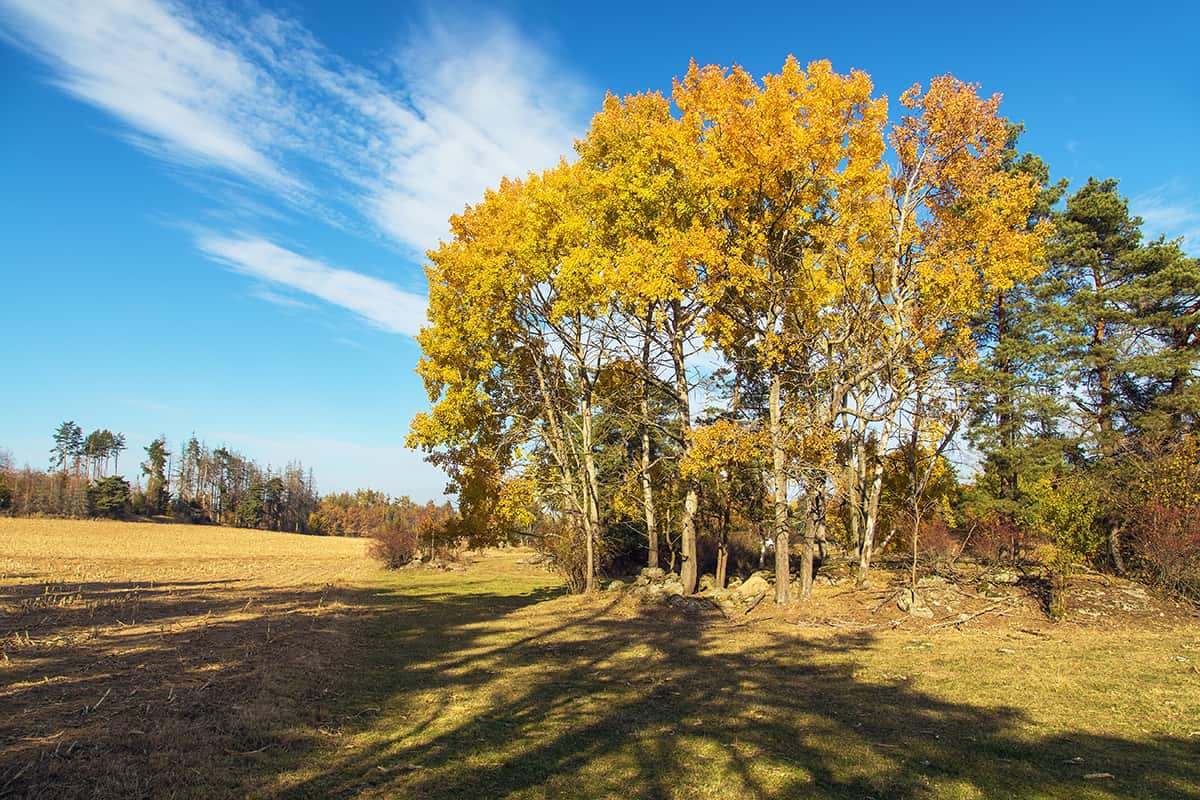 This large tree is native to the temperate regions of Asia and Europe. It grows to heights of around 130 feet with a trunk measurement of up to 3 feet in diameter. It is closely related to the American Aspen, but it is distinguishable by its foliage.

The leaves of the European Aspen are finely toothed, while the leaves of the American Aspen are coarsely toothed. The wood produced by this tree is soft and light like other types of poplar. It is commonly used in the production of matches, as well as in papermaking as a pulpwood. The wood of this tree is also used for lumber in framing non-load-bearing parts of furniture. 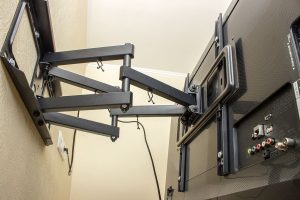 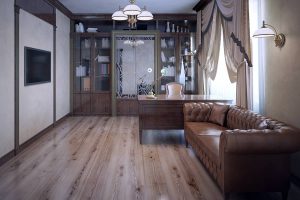 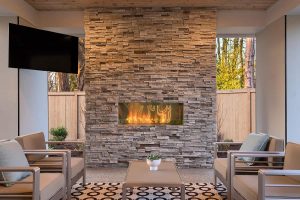