Round houses used to be very common throughout the world as the oldest forms of nomadic shelter for indegious tribes. Their conical or dome shaped structure reflected the natural environment. The round shape of these homes meant they were highly strong against the elements and they normally used the least amount of building materials. Today, the modern style of round houses has evolved into grand architectural designs that stand out as unique structures.

In this article, learn all about the origin of round houses, their benefits, and my selection of 7 round style houses from around the world.

Where did Round Houses Come From?

Round houses were the traditional form of structures that originated in the UK from as early as the Bronze Age to the Iron Age. The very first round house was built in South-west of England. The walls were mostly built from stone or wood and topped with a round thatched roof. These houses were often built into the hillside. One of the best known styles of round houses is the Celtic thatched house, which originates in Ireland, but there are other unique styles of round houses that have been adopted from other cultures, (more about this house style and others to follow later in this article.)

What are the Benefits of Round Style Houses?

7 Round Style Houses from Around the World

When you hear the word igloo, a small dome-like structure made from blocks of ice comes to mind. While it’s true that most igloos are made from ice, they can vary in sizes. Some can accommodate up to 20 people while others are mainly used as hunting shelters in Alaska and the North Pole. Aside from ice igloos, there are also glass igloos that vary in size. 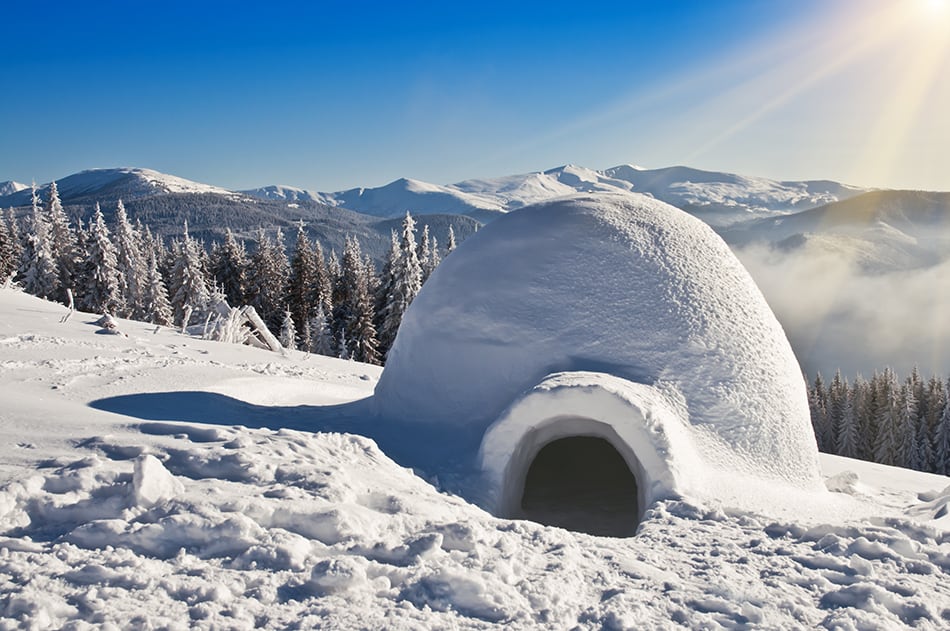 The smaller ice igloos are mainly used for hunting or fishing shelters by Eskimos, whereas the larger ones are permanent structures created for local villagers. Due to the strength of the ice, most of these igloos are self-sustaining. Their ice walls protect against bitter drafts, but you wouldn’t be able to sleep inside unless you wear many layers of wool clothing. 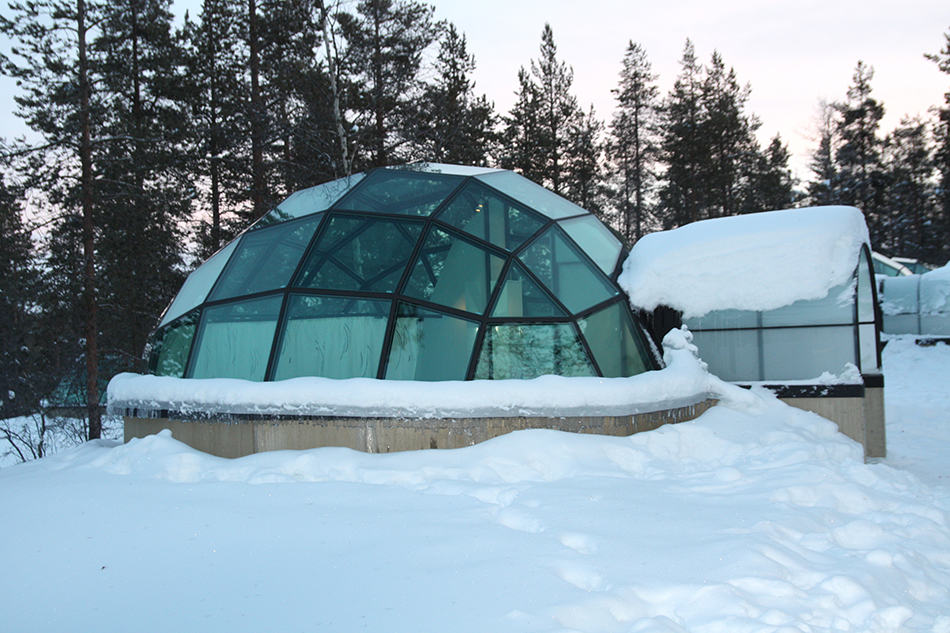 From log cabins to indegious houses for the Sami people, the glass igloos originate in Finland and are made of thermal glass. No matter how cold it gets outside, you can be sure of feeling warm and cozy inside these igloos. Some have their own fireplaces, bathrooms, and saunas, with panoramic views of the skies at night, where you can watch the amazing Northern Lights.

Dome houses are just like any other building, except their shape is rounded or a sphere with some type of shell framework. These houses are considered to be the coolest looking modern structures in the US and other parts of the world. There are two styles of dome houses. These are: 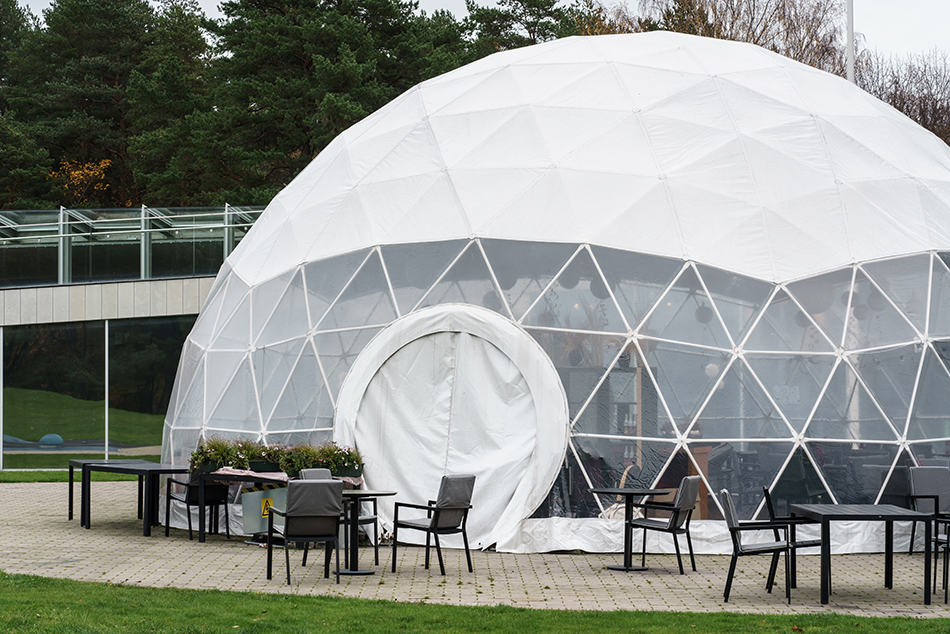 The geodesic style of dome house is a polyhedron structure with part or all of the exterior consisting of interconnected triangles. The very first geodesic style house was created in Germany after the first world war. Later, they became popular in the US for their energy efficiency and stability.

The monolithic style of dome houses consist of a single layer of thick concrete as its outer shell. Monolithic means one stone, thus the name given to these homes. The exterior shell makes these structures extremely airtight and durable. And because of the concrete material, these homes are protected against rot and insects. 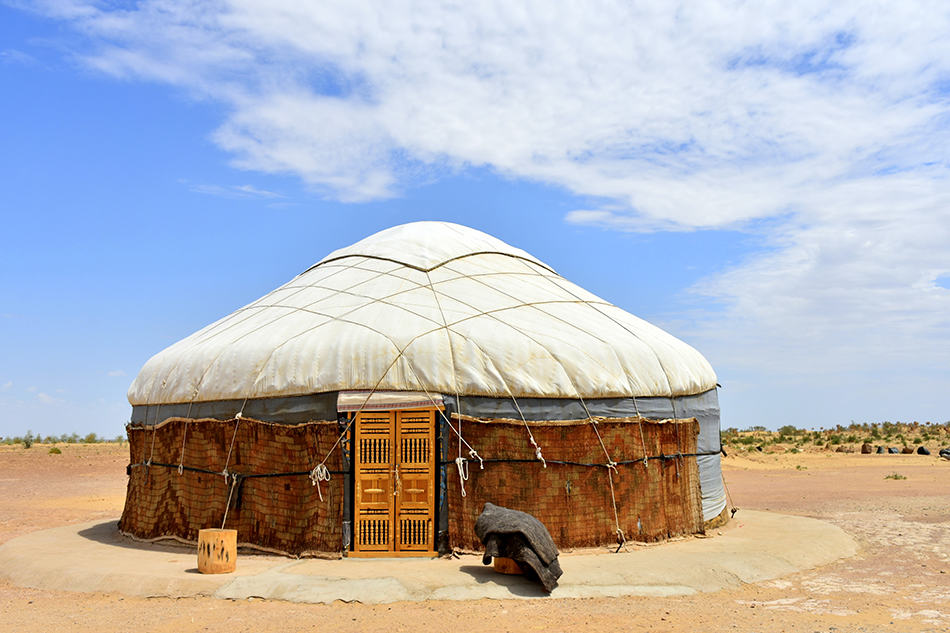 Yurts originate in Central Asia and typically consist of a round tent covered with animal skins or vinyl with bamboo walls. The roof structure of smaller yurts is self supporting while the larger ones have wooden interior posts. These round style homes have been in continuous use throughout Mongolia and other Asian regions for thousands of years.

Today, the materials used for yurts have evolved with strengthened designs but with the same wooden lattice walls and rafters as the traditional yurts. A modern yurt will have a few additional architectural features, including a central skylight for a view of the skies. 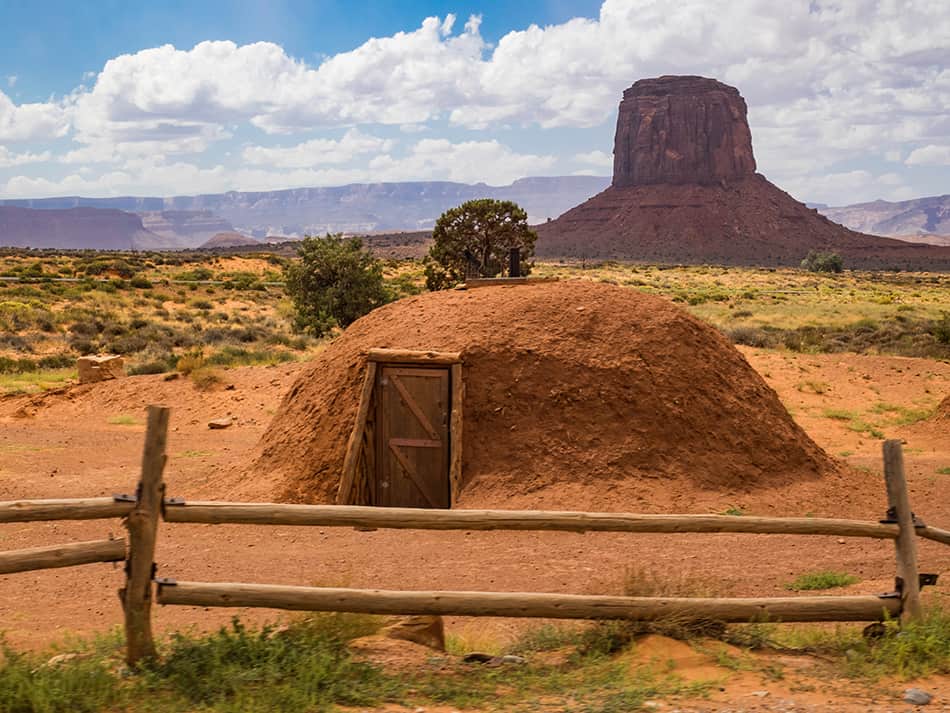 Hogans are typically made from mud, wooden poles, and tree bark (Britanica). These are the homes of the Native Indian tribes known as the Navajos in Arizona and New Mexico. The entryway of a hogan opens to the east for maximum sun exposure. The most prominent feature of hogans is the conical wooden frame covered by bark, grass, or earth and positioned at about 45-degree angles. The apex is left uncovered in order for the fire in the center of the room to escape. Some hogans don’t have actual doors. An old blanket or curtain is usually hanged instead.

A tepee, or tipi, is a conical tent that originates in North America (Colordoencyclopedia). The Indians are the native groups who use these structures as year-round dwellings from the 17th century.

Tepees are generally made from wooden poles covered by sewn bufalo skins. These tents are typically from 12 to 20 feet high, although bigger structures aren’t uncommon. Just like a yurt, the fireplace is always located in the center of the floor. The smoke flaps and the opening at the top of the tepee allow the occupants to keep warm and cook on an open fire. 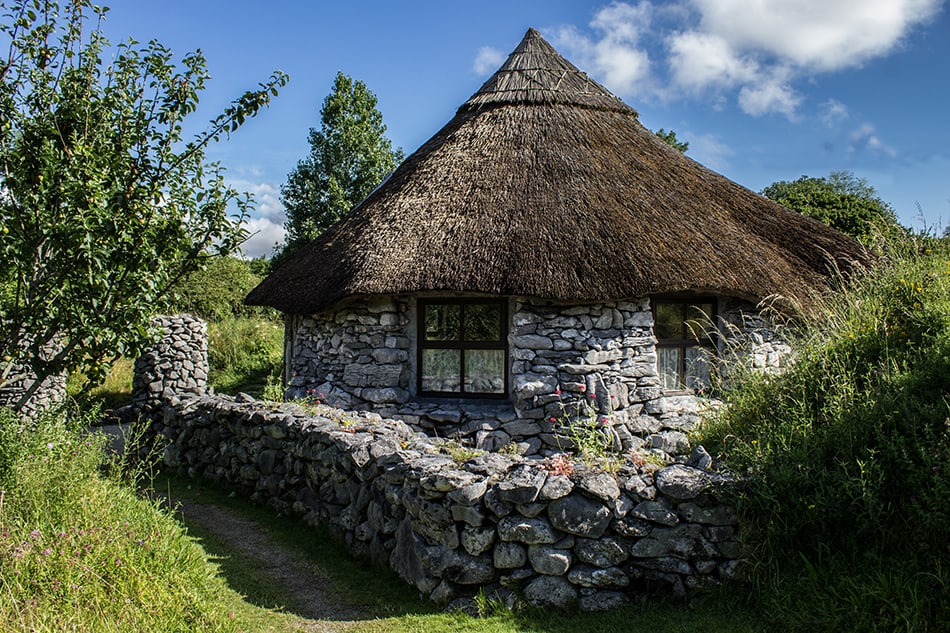 The roof of thatched round cottages consist of dry straws, heather, or palm branches layered densely to provide insulation and trap the air within the dry straws. This old style of roofing is an excellent insulation and has been used in temperate climates for centuries. The thatching method is normally passed down from generation to generation and the same materials have been used for over three centuries.

While thatched round cottages are famous in the UK, many indigenous tribes in ancient America, such as the Mayans and Incas have lived in such houses.

Another popular type of thatched roundhouse is a Celtic style round house that originates in Ireland.

The Celtic tribes lived in Ireland and typically lived in round style houses. These circular houses are cone-shaped and large enough to accomodate families. These houses are typically made from wood, stone, and thatched roofs made of straw or mud to keep the warmth in. The walls tend to be made of mud and straw or clay, with no windows. Similar to yurts and tipis, the smoke from the fire escapes through the roof’s hole and animal skin or an old curtain serves as the front door. The houses are usually accessed through a single entryway that extends out via a chamber. The central living room is used for various purposes, including sleeping, cooking, and storage.

Today, Celtic round houses can still be found in Europe and many modern round style houses have incorporated the same design. 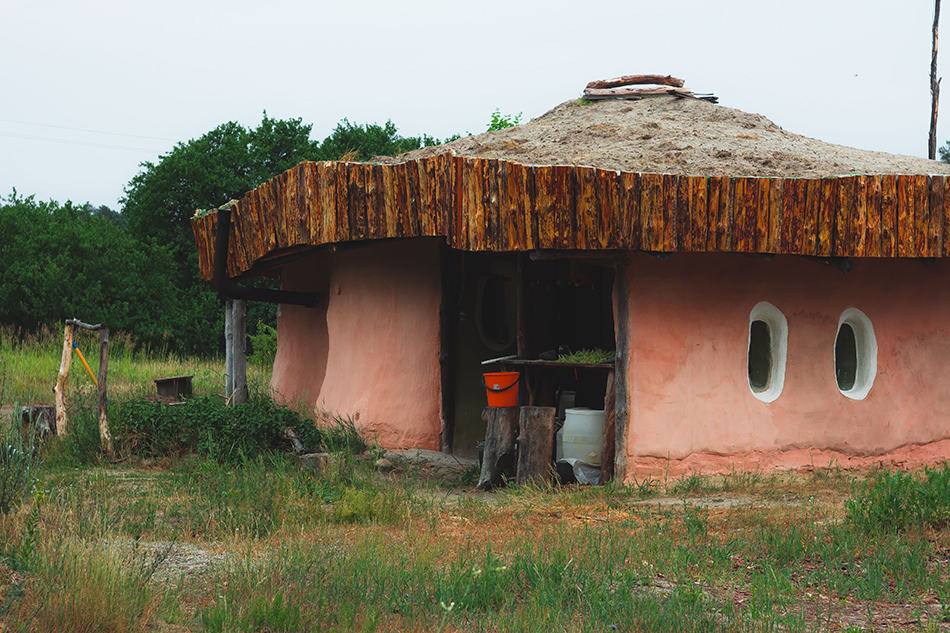 A Hobbit house is just like what you’ve seen in Lord of the Rings. This type of round house originates in New Zealand and consists of a half-story building made from stucco with modern interiors and either a thatched or green roof using turf. Most hobbit homes have round doors and windows, one bedroom, one bathroom, and stairs that lead to the loft. 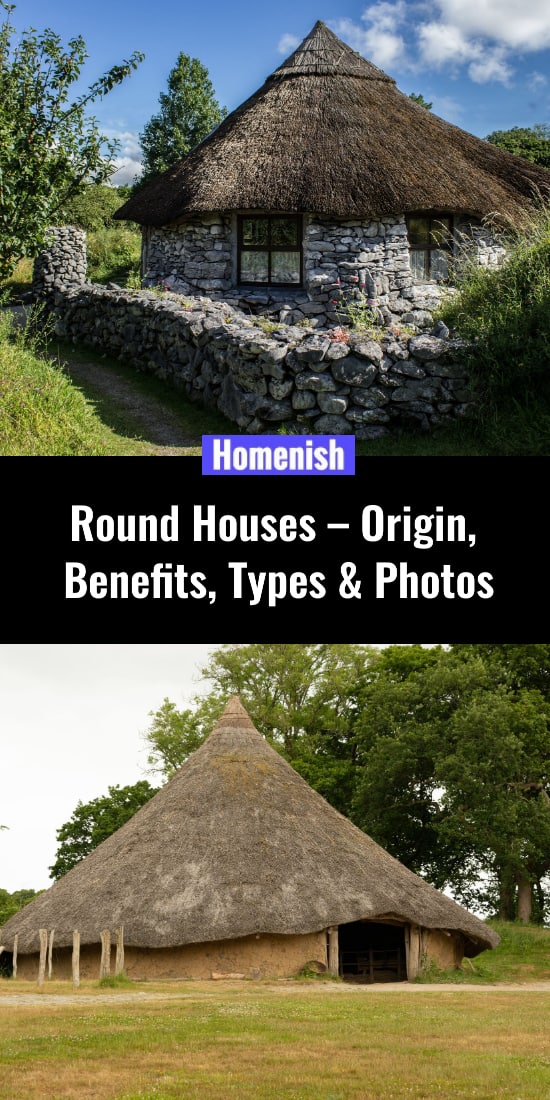