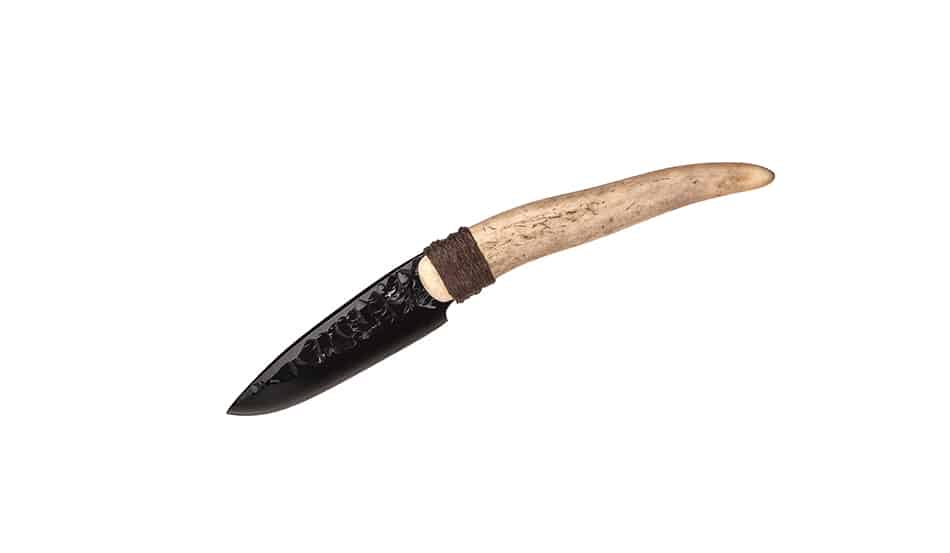 Obsidian blades are reputed to be the sharpest knife in the world, which makes it all the more intriguing. Moreover, it’s hard to find a cheap obsidian blade in the market, given the degree of difficulty in making them. Let’s just say that owning an obsidian blade can make you a legend of sorts in your circle. 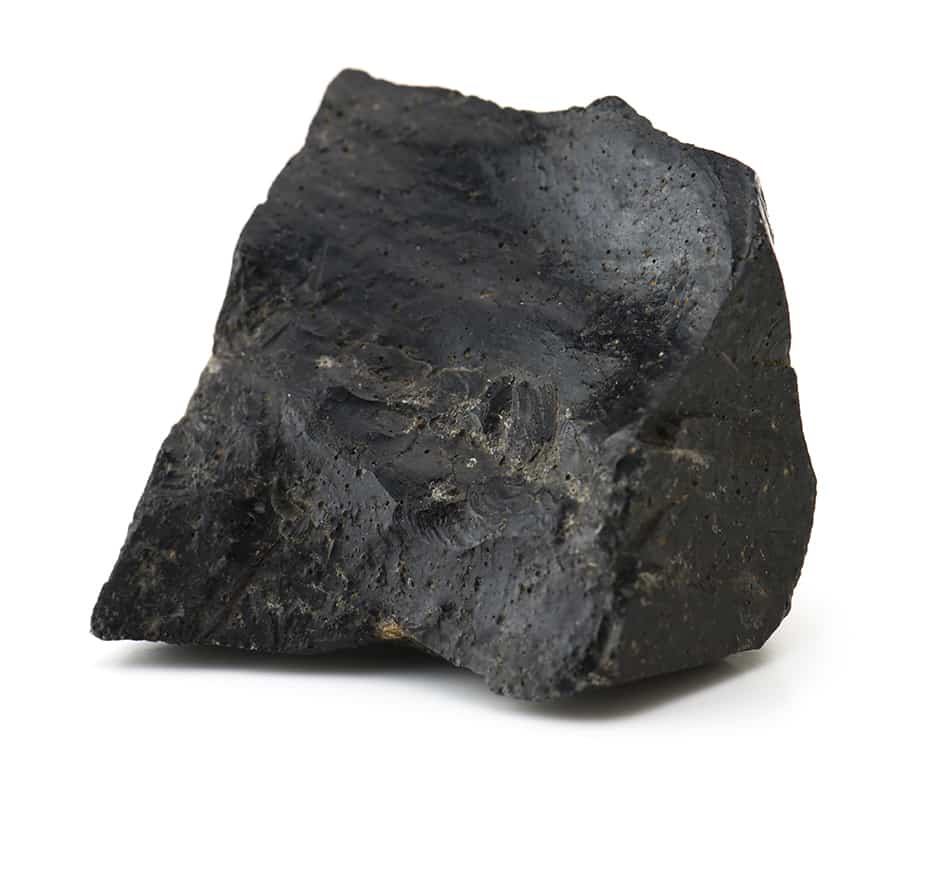 Obsidian is actually a volcanic glass that’s formed into an igneous rock. The name comes from the Latin word “Obsidianus” which is means the stone of Obsius, a Roman explorer. According to the book “Natural History” by Pliny the Elder, it was Obsius who first found the stone when he was in Ethiopia. The said book also contains a few sentences describing the stone discovered by Obsius in the African country. And one of those descriptions by Pliny the Elder was that the stone is dark, hard, and glass-like.

Obsidian is produced from felsic lava that originated from a volcano. The formation of the said stone begins when the felsic lava cools quickly at the edges of a volcanic dome. It may also be due to the lava cooling during sudden exposure with air or water, as well as due to it cooling along the edges of a dike.

The obsidian rock typically has a black color, but it can also be found in other colors like green, tan, or brown. The rock may also be rarely seen in colors like red, orange, yellow, or blue caused mainly by trace elements. It is extremely rich in silica and has a glassy luster. In terms of hardness, it is slightly harder than window glass. This is the same material used in creating the obsidian blade.

Obsidian is widely found in areas where rhyolitic eruptions occurred. These include countries like Argentina, Australia, Canada, Chile, El Salvador, Greece, Iceland, Italy, Kenya, Japan, Mexico, New Zealand, and the United States, among others. In the U.S., high deposits of the stone can be found in states like Arizona, Texas, Utah, New Mexico, and Colorado.

Geologists theorize that the rock was first used as a cutting tool. Eventually, man learned how to skillfully break it to produce cutting tools in various shapes and sizes. It is widely believed that obsidian was highly valued during the Stone Age since it can be used in producing sharp blades, spear points, scrapers, and knives, among others.

Now that we know what an Obsidian is, let’s take a closer look at how obsidian blades are manufactured.

Obsidian blades are made through a technique called flintknapping. Don’t let the name fool you, as the technique itself goes back to prehistoric times. Flintknapping is described as the technique of making flaked or chipped tools made of stone. It’s the same method employed by our ancestors in making spears, dart points, knives, arrowheads, gravers, and many other prehistoric tools.

In flintknapping, one has to strike a piece of the obsidian rock so that it would break into sharp flakes. Using an antler baton or billet, the flintknapper can perform fine work on the rock or fragment it into a smaller shard until it reaches the desired shape. Curiously, obsidian blades are more commonly hand-made by people instead of in factories, which makes the blades even more impressive and costly.

This is not to say that you can’t flint knap yourself. There are online resources on this dying art form. But this is not exactly recommended for people with no previous experience in flintknapping because of the sharp edges of the obsidian stone. Unless you’re in an extremely dangerous situation wherein you’d need a sharp knife, flintknapping should be the last on your to-do list.

Qualities of an Obsidian Blade 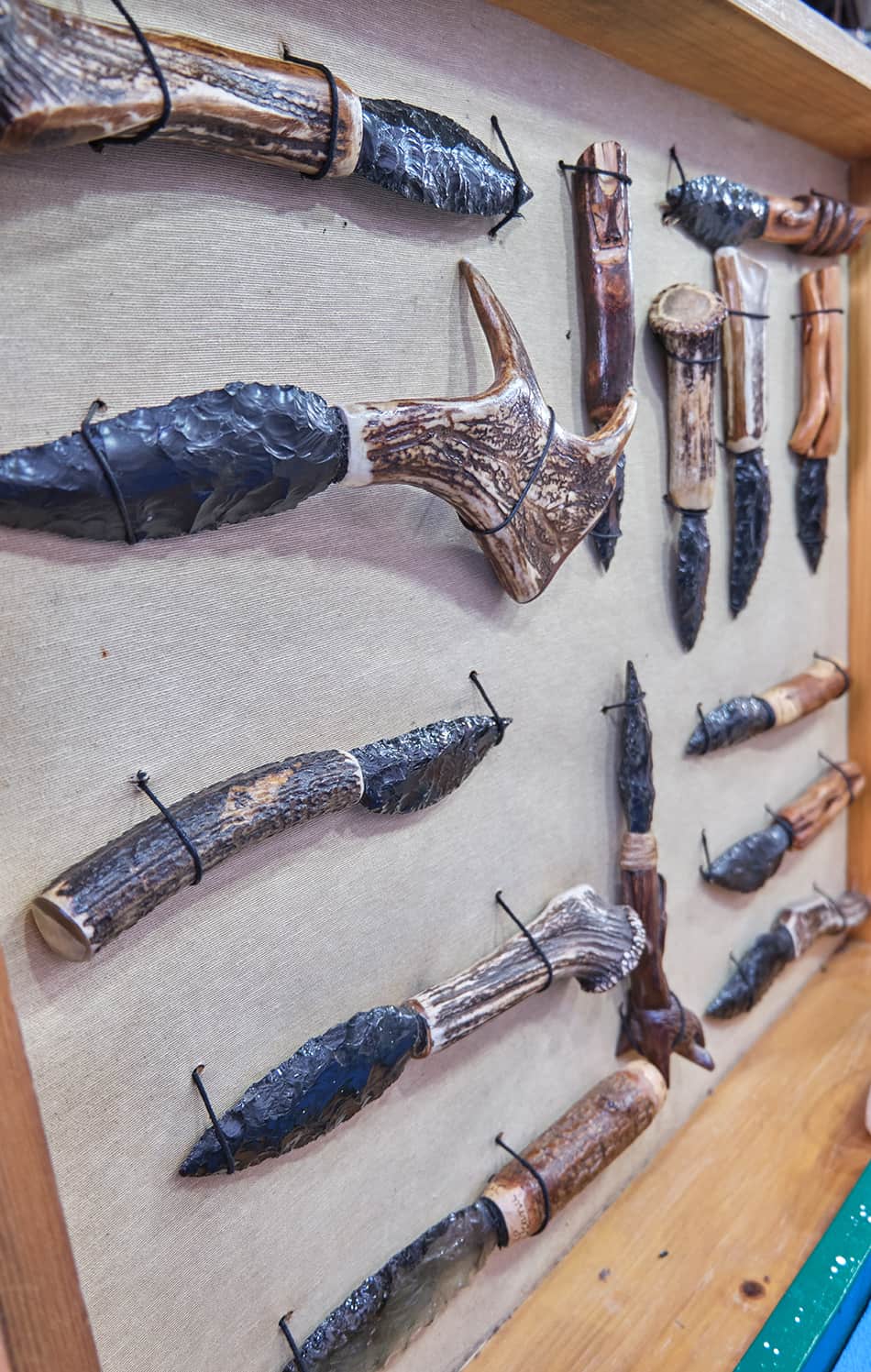 Moreover, it is at least 500 times sharper than a surgeon’s steel blade. It’s not surprising that some surgeons use it for scalpel, although this is not approved by the U.S. FDA. Ultra-fine and pointed, an obsidian blade can handle most cutting tasks.

But there’s also a downside to having or using an Obsidian blade. Just like glass, an obsidian blade is brittle and delicate. There’s always the risk that a chip of Obsidian blade would crack when it is used in cutting food. The risk even goes higher when you pry the blade against a hard surface, say opening a bottle of beer. A small chip of an obsidian knife could get into the food and result in its accidental ingestion.

Benefits of an Obsidian Blade

There’s no denying that obsidian blades can stand out because of the aforementioned qualities. You can use an obsidian blade for basic cutting needs like cutting wood. It can also come in handy during emergencies, especially when you are outdoors. And due to the rich history of the material from which it is made, an obsidian blade can be highly valued as a decorative or collector’s item.

Obsidian blades are commonly used as survival knives. If you’re going outdoors for an extended period, you’ll find an obsidian blade or knife to be a handy tool. For one, it can act as a flint replacement. You can strike the blade with steel to produce a spark and, ultimately, a fire that you can use to cook food or simply keep you warm at night.

Obsidian knives are also sought-after by collectors. This can be attributed to the sleek appearance of the knives as well as their rich history. One may argue that an obsidian knife was just recently manufactured and merely replicates a primitive weapon. Still, there’s no denying that the technique used in manufacturing the knife goes back thousands of years ago.

Many collectors like to showcase their obsidian knives in a display case. Others put it in a rack that’s conspicuously placed on a shelf or desk. Their sleek, usually dark appearance makes obsidian knives stand out regardless of where they are placed. Most obsidian knife owners proudly show off their collections to friends and family members because they know how rare and valuable these knives can get.

It also helps that an obsidian knife will last for ages because of the durability of the stone. Yes, the obsidian blade may be brittle, but as long as it’s not used for cutting and instead used for decorative purposes, then it would easily last for many years. In short, collectors of obsidian blades can be sure that their properties will stand the test of time.

Owning an obsidian blade or knife has its disadvantages, too. As mentioned earlier, this is not the type of knife you’d want to use in your kitchen. Sure, an obsidian knife can cut fine and straight cuts. It can stand toe-to-toe with any kitchen knife in terms of sharpness.

Yet, with the brittleness of an obsidian knife, the chances of an injury are real and high. Obsidian blades are very fragile that a chip may get inside the food you slice it with. This explains why it is rare to see obsidian blades being used as kitchen knives.

Another reason why the obsidian knife is rarely used in the kitchen is that it isn’t as versatile as other kitchen knives. Sure, an obsidian knife can handle slicing tender food like tuna for sashimi. But this isn’t the case when you use it for slicing, say, vegetables against a hard maple cutting board. Eventually, the obsidian blade would begin to chip the edge. Now your once perfectly sharp-edged obsidian knife will be ragged and blunt, which would mean you have to take some time in re-sharpening it.

As a decorative item, an obsidian blade is far from perfect. Sure, an obsidian blade or knife has a sleek appearance which would make it look good wherever it is placed thanks to its jet black color. But it’s normal for this item to have small imperfections, often found in the edge. The good news is that most of these imperfections are too small to be noticed by other people.

Finally, an obsidian blade can easily get scratches. This is something you need to know if you’re planning to use it as a display item. Obsidian blades are easy to scratch compared with other blades or knives. As such, it is recommended that you store it in a sheath or cover it with a soft case. If you are to display it on a desk or hang it on a wall, make sure that it’s stable and unlikely to fall.

How to Maintain an Obsidian Knife

Due to its brittle nature, an obsidian blade requires lots of attention when handling. It is a must that you familiarize yourself with obsidian blade care and maintenance tips, especially if you’re bent on acquiring one shortly.

Cleaning an obsidian blade or knife is simple. You won’t have to invest in any cleaning material. Lots of water with soap should be more than enough to get the job done. Simply get a clean cloth, then prepare the water and soap solution. Dab the cloth on this and start cleaning the knife. Just make sure that the soap is mild as you don’t want it to scratch the surface of the obsidian knife.

Grasp the obsidian knife handle with your index finger placed along its backside. Then raise the flat side surface of the blade and off of the stone at an angle of around 20 degrees. However, make sure that you keep the blade’s edge on the stone.

The obsidian blade is as intriguing as any other knife you’ll ever come across. The material from which it is made gives it innate sharpness that’s not found in most blades. It may be brittle, but it’s still useful when you are outdoors. Obsidian blades or knives, however, are not generally recommended for use in the kitchen. Despite this, an obsidian blade or knife may still be a good addition to your knife collection or even as a display item in your room or desk. 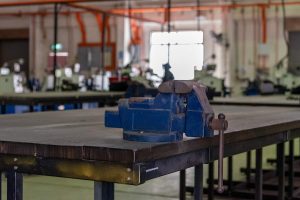 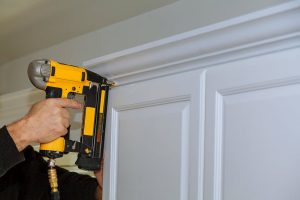 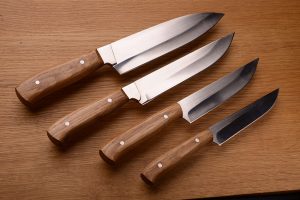