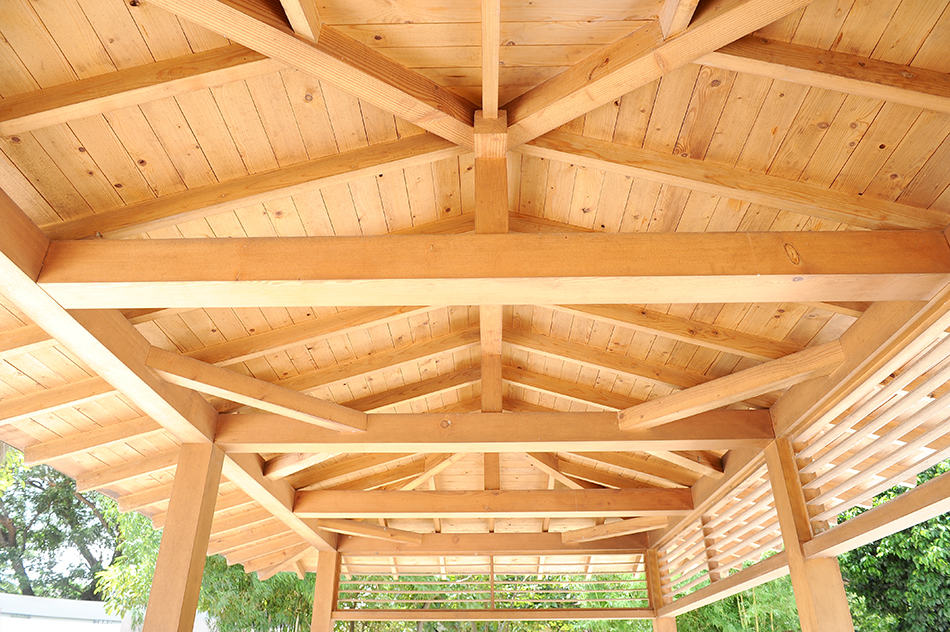 Ceiling joists are hidden and away from our eyes, but there’s no denying that these play an integral part in the structural integrity of our homes. Ceiling joists support the weight of the ceiling material, whether it’s wood or fiberglass, and bear the pressure on the exterior walls from the load of the roof. Suffice to say, without ceiling joists, the load of the roof will tend to spread to the walls and compromise the entire structural integrity of your house.

Aside from supporting the structural integrity of a house, ceiling joists can also provide an aesthetic value. Some ceiling joists, for example, are exposed or uncovered to make the house look rustic and complex.

You may be wondering if there’s a recommended or standard spacing for ceiling joists. Continue reading on to find out about the ideal ceiling joist spacing.

Look for a quick answer? Here it is.

Related: Ceiling Joists – All You Need to Know

The number of ceiling joists that need to be installed, including the thickness of the joints, would largely depend on building regulations or codes. While there’s no standard size for basic ceiling joists, many homes have joist boards that are 2 by 6 inches. There are also sizes like 2 by 12 inches and 2 by 4 inches. There are factors that can affect the size of a ceiling joist, like the load it carries and the span that it covers from one wall to the other wall.

But for the spacing, there is a standard for ceiling joists, and that is 16 inches on center (OC). In this design mode, the joist spacing makes use of various kinds of wood like southern pipe, Douglas fir, and hemlock fir, which is regarded as the most common. You can also find spacing at different numbers including 12 inches, 19.2 inches, 24 inches.

As for the length, there is also no standard for ceiling joists. It would depend from room to room, particularly on the room’s measurements. Keep in mind that the strength of a joist is dependent on its placement. It should stretch from the top of one wall across to the opposite wall. In short, the size of the room would determine the length of the ceiling joists.

How to Find Ceiling Joists

You may not pay attention to the placement and spacing of ceiling joists in your home. But when you need to attach something to your ceilings, such as a light fixture or a fan, then you’ll have to find them. The good news is that locating ceiling joists isn’t rocket science. You will also be guided by the knowledge that ceiling joists are spaced either 16 inches or 24 inches between them.

One tool that would come in handy for this purpose is a stud finder. Sure, studs aren’t ceiling joists because studs run vertically in walls. But a stud finder would still be able to help you find ceiling joists in a ceiling that’s been covered with drywall.

Stud-finders aren’t that cheap, so buying one shouldn’t be a problem. But if you’re not inclined to buy one, you can explore renting one from a construction rental store. Anyway, sud finders can help you locate the outer edges of a ceiling joist. This would enable you to determine the exact center of the joist. Most stud finders work by sliding them across the ceiling until a joist has been detected.

You can also locate ceiling joists by tapping and testing holes. In this method, you’ll need to be observant enough in detecting subtle changes in the sound and feel of the ceiling as you tap it. Lightly tap the ceiling with your knuckles or a hammer. When you tap in between joists, you’ll hear a hollow sound. But when you tap over a ceiling joist, the sound becomes more solid.

When you think you’ve found a ceiling joist, drive a nail to find its edge and center. Here’s a tip: a nail will be hard to drive when you hit the ceiling joist. But it will slip through the ceiling easily when you miss the joist.

If you still can’t find the ceiling joist, then you can resort to another method which is detecting by measuring. When you have found the edge of one joist, measure back three-quarters of an inch to find its center. Then, measure 16 inches– the common ceiling joist spacing– to find the middle or center of the next joist. If you couldn’t find the middle of the next joist, adjust your measurement from 16 inches to 24 inches.

Finally, you can refer to plaster ceilings, especially when you have an old home. Plaster ceilings can make it difficult to find joists. You’ll find the use of a stud finder impractical on it. Tapping and testing are also useless.

If you can go to the attic, measure from a sidewall to the closest parallel joist. Keep in mind the measurement and then transfer that to the ceiling below. You can confirm if your estimate is correct by making test holes with a long nail.

The ceiling joist is not seen most of the time, but this doesn’t mean that this part of the ceiling isn’t that important. As you’ve learned after reading this article, a ceiling joist plays an integral role in ensuring the structural integrity of your house.

The spacing between ceiling joists is either 16 inches or 24 inches. Knowing this fact can help you in finding ceiling joists, especially when you need to attach something to your ceilings, such as a light fixture or a fan.