Also known as the Prairie Box, the American foursquare is considered to be a true American style home.  Economical, resource-efficient, and practical, foursquare homes can be seen in almost every US state as well as throughout Canada. It can safely be said that foursquares are the most common and popular house styles in America, providing comfortable housing for growing middle-class families. Being one of the most widely built homes of the early 20th century, the American foursquare is everyone’s favorite for a number of reasons. In this article, learn all about the history of American foursquares, their main characteristics, and the reasons for their popularity.

The American foursquare was constructed from 1890 until 1935, just before World War II ended. These houses were one of the most popular styles in both small cities and rural areas. The inspiration behind the foursquare was the Prairie-style architecture that was introduced by Frank Lloyd Wright. The low-pitched roof of a foursquare was at the time considered a modern design, hence the reason this style home is also referred to as the Prairie Box.

The foursquares were not only economical to build, but they were aesthetically pleasing due to their simple design and layout. While some people may argue that a foursquare isn’t a true style, it is thought to have borrowed its design from  the Colonial Revival and the Italianate style of the mid 19th century. Many of these homes also consisted of similar characteristics as the foursquares, such as columns, tile roofs, and exposed rafter tails.

American foursquares can be found almost anywhere in the US, from farmhouses in rural areas to urban settings and coastal properties, but they were notably made popular in the Midwest. Thanks to their square shapes and sizes, they could easily fit in small and narrow city lots. Growing families especially found the foursquares desirable in country settings where they required more space for their children. All in all, these homes continue to be just as popular to live in today as they were a century ago.

Why are Foursquares so Square?

Unlike the Victorian homes that featured complex floor plans and irregular rooflines with several gables, by the turn of the century, property builders started seeking cheaper and simpler residential construction forms, and that’s when foursquares were introduced. These two-storey homes had four large rooms on each floor and none of the decorated gables that featured in Victorian houses. Instead, the gable was replaced by a sloped hip roof that came down to all four sides of the property. The square shape made these homes very practical for narrow city streets. Since the rooms were arranged in quadrants, there was no need for long hallways, thus the interior space was made better use of.

An Overview of the Foursquare Characteristics

The American Foursquare Characteristics in Detail

The size of the American foursquare is medium compared to Victorian-style homes. Most foursquares feature a full basement and an unfinished half-story attic above the second floor, which in theory could double the habitable space as an extra bedroom. Since these homes typically have an upper story attic, they look taller and larger than they actually are.

Since the popularity of the American foursquare spanned many decades, it is difficult to summarize the most commonly used colors with the ever changing taste of home buyers. Foursquares were designed not to be showy. They were exactly what the Queen Anne homes of Victorian styles weren’t. Rather than boasting multiple colors in each and every detail of the property, the foursquares were more earthy, muted grey colors. This neutral color scheme means the homeowner can easily transform their foursquare’s exterior with any color they like. 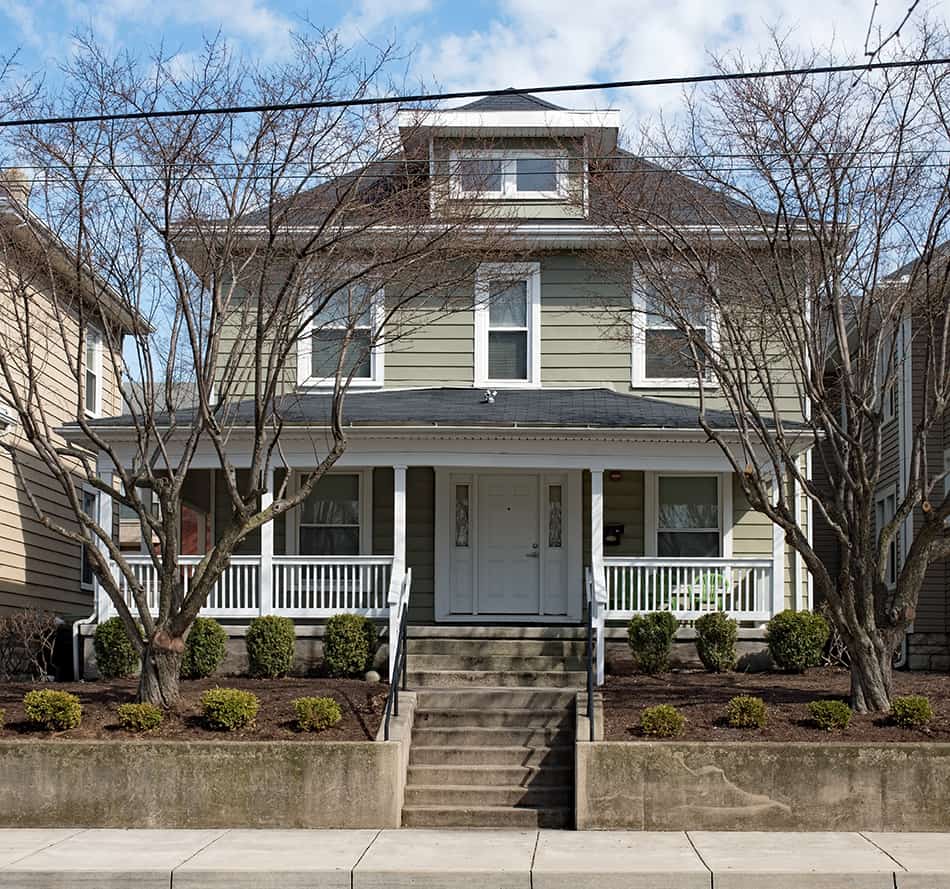 Looking for drawbacks of foursquares? There aren’t any! Feel free to share your thoughts on this in the comments section below.

The American foursquare style homes are seen as the modern-day Georgian houses, but in a more practical version. This style house took its characteristics from Italian Renaissance, Colonial Revival, and Neoclassical homes and although it was no longer constructed after World War II, in many eastern cities of the US, the foursquare remained as the dominant residential design. Foursquares were built to meet the needs of growing families and today, they are still the simple and solid homes that we continue to love today. 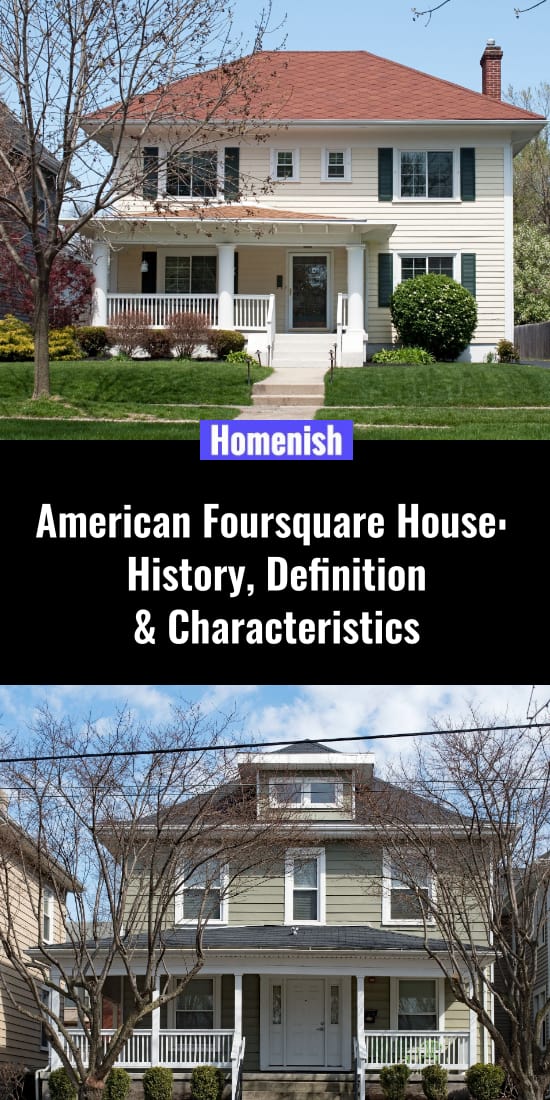