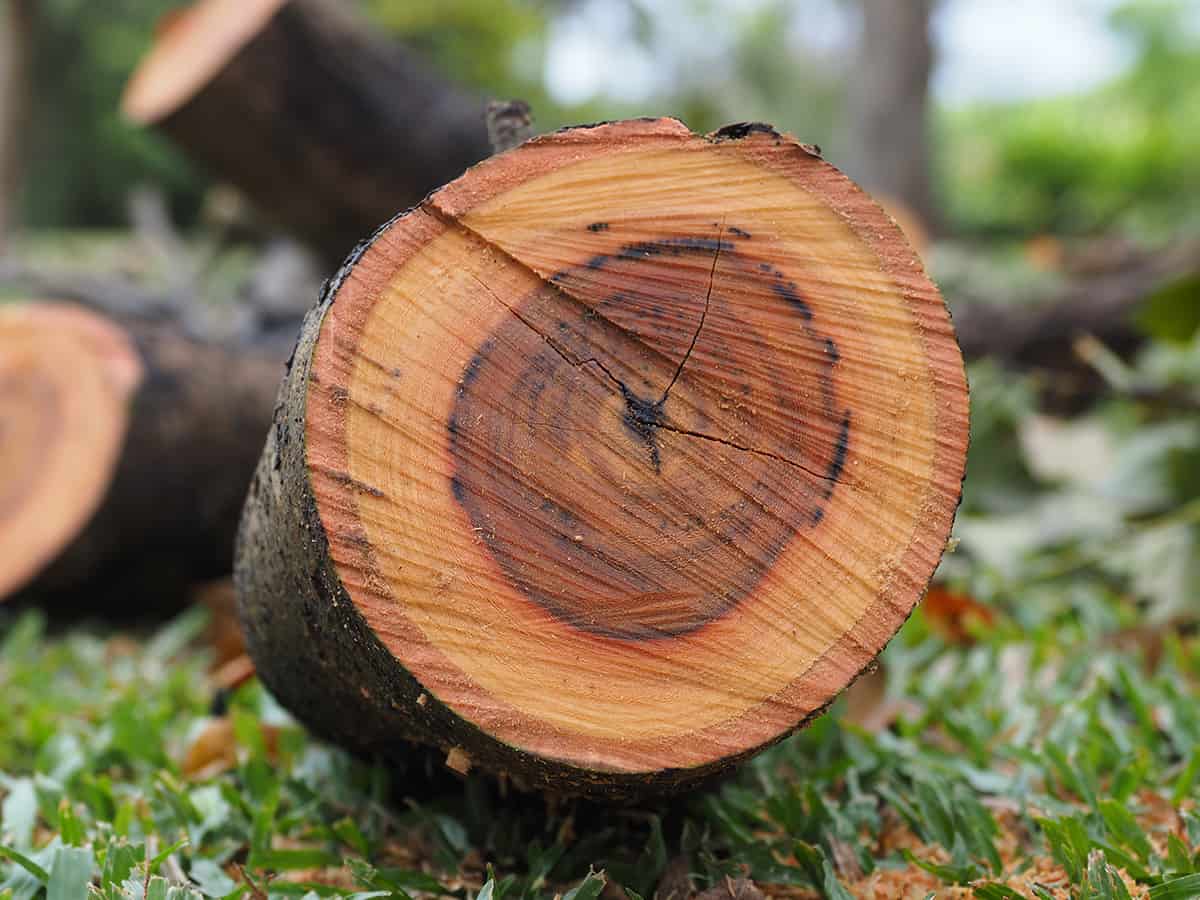 Mahogany is a popular type of wood, especially for flooring and furniture making, but there are a variety of different trees that produce so-called ‘mahogany’; some of them belong to the true mahogany genus, and some do not but are still sold under the name of ‘mahogany.’ Read on to learn more about mahogany, its qualities, and the trees which it is sourced from.

There are only three species of mahogany in the Swietenia genus of plants, and these are the only types that are widely considered as genuine mahogany. These are the most superior types of mahogany, and you can expect to pay a premium for these types of wood.

There are also some types of wood that are sold under the name of mahogany, but they are, in fact, not grown from trees in the Swietenia genus. Some woodworkers consider these as types of mahogany, while others refuse to do so.

These types of mahogany are listed as ‘false’ mahogany; they share many of the same attributes as mahogany and have a similar look but are not genuinely part of the same genus.

This confusion around true types of mahogany has led to much controversy around the wood.

Mahogany is a highly regarded wood thanks to its many beneficial qualities, such as:

Genuine mahogany wood is prized for its stability. It does not shrink or swell in different climates or conditions, which makes it a perfect choice for outdoor furniture and shipbuilding.

The look of mahogany is revered for its straight grain, which is free from knots and imperfections. This gives the wood a classic look that works well for veneer and furniture.

Easy to work with

Mahogany is a relatively hardwood, which gives it the perfect balance between durability and high workability. The straight grain makes it easy to machine and easy to sand, and therefore mahogany is a favorite among carpenters.

One of the best qualities of mahogany is that it is naturally resistant to rot. It has a moisture repellant characteristic which makes it ideal for use in outdoor furniture since it won’t rot even when left outside. This quality is also what made mahogany an extremely popular wood for shipbuilding throughout history.

Mahogany is durable, and therefore it represents a good investment because it will last for centuries. Antique mahogany furniture is quite common because this is a wood that performs really well in the test of time. If you want to buy a household furniture item you are going to be able to pass down through generations of your family, then mahogany is an ideal choice.

The look of mahogany wood is elegant and sophisticated, making it a popular choice for furniture in luxury homes. The dark red-brown color offers a richness that will deepen as the wood ages. 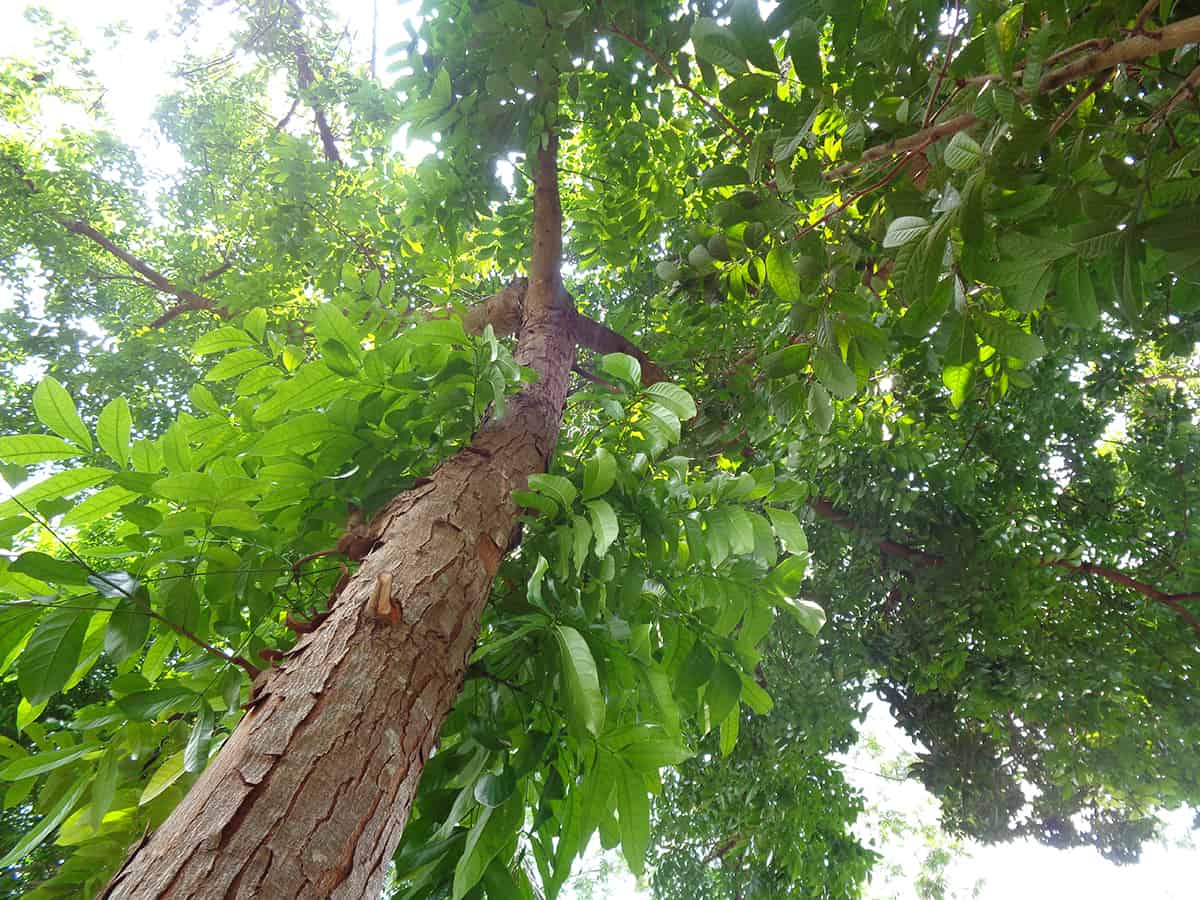 This tree is native to Florida, Cuba, Jamaica, and the Bahamas. It can be distinguished from the Honduran Mahogany tree by its small leaves. The wood produced from this tree is considered the ‘original mahogany’ and was the most widely used type of wood for shipbuilding in Spain and England during the 18th century.

The popularity of Cuban Mahogany led to the overlogging of forests and the depletion of its species. In 1946, the export of this wood from Cuba was banned, and it is now extremely rare to come across genuine Cuban Mahogany.

The closest relative to this tree is the Honduran Mahogany, which produces wood with much of the same qualities, and as a result, this tree is now favored for producing genuine mahogany.

This tree is also known as the Pacific Coast Mahogany, and it grows natively from Sierra Nevada through Mexico and down to Guatemala. This tree is a much smaller species compared with Cuban Mahogany and Honduran Mahogany, growing to typical heights of 20 feet, and therefore making it around a fifth of the size of the other trees in the Swietenia genus.

The wood from this tree is considered to be of an inferior quality compared to Cuban and Honduran Mahogany; however, it is still an exceptional type of wood that is widely used in furniture making.

The popularity of this type of wood led to its overexploitation, and it is now classed as an endangered species. 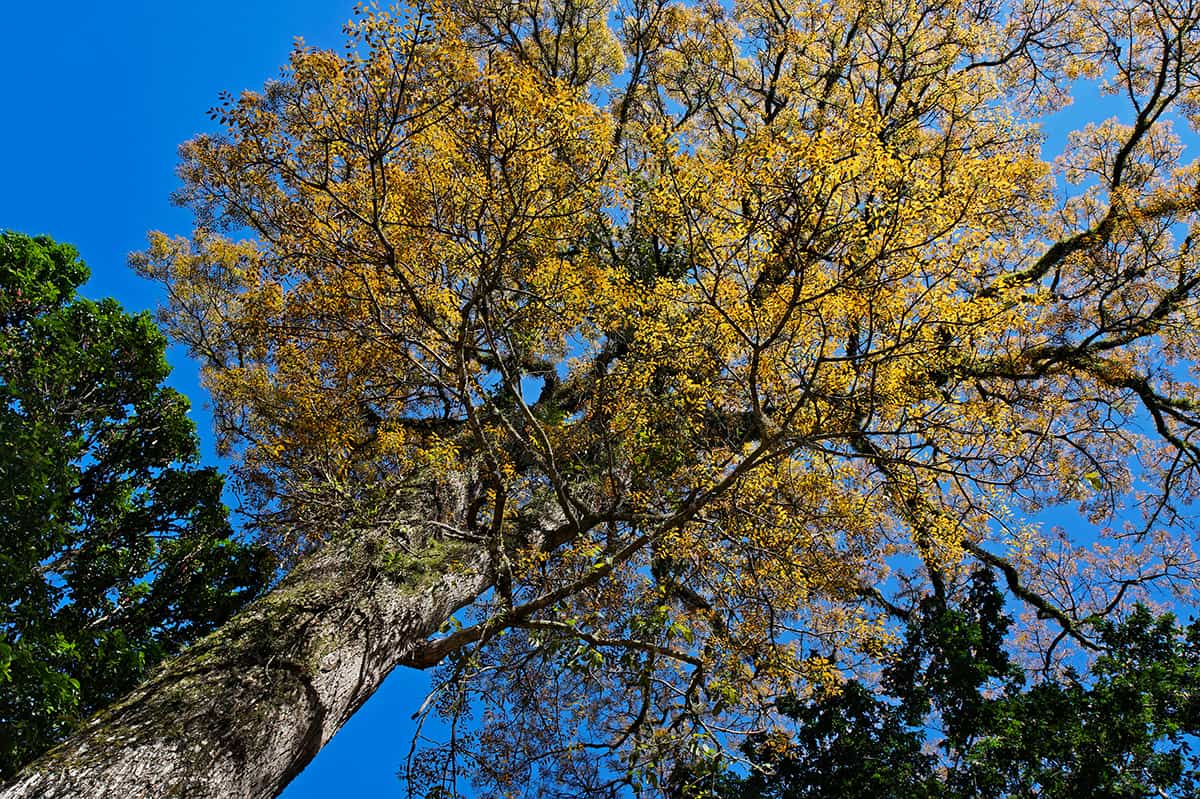 For centuries this has been revered as the source of the highest quality mahogany wood, and as such, it was in high demand by furniture makers. The wood was originally harvested from the tree species in Honduras, which is where the name Honduran Mahogany comes from. However, during the 1900s, most of this type of mahogany wood was sourced from the trees in Brazil.

African mahogany is regarded by some woodworkers as real mahogany, but many dispute its name and believe it should not be sold as mahogany since it does not belong to the mahogany ‘Swietenia’ genus. Instead, African Mahogany wood comes from trees in the Khaya genus.

Although these trees belong to a different genus, they do belong to the same botanical family as genuine mahogany trees, which is the Meliaceae family.

The wood produced by these trees bears an incredible likeness to genuine mahogany, so much so that it can be very difficult to tell the difference between the two. Trees in the Khaya genus typically grow to heights of around 100 feet, which is similar to both Cuban and Honduran Mahogany trees.

The similarity in size means that the size and shape of lumber you can get from the Khaya trees is much like that of genuine mahogany trees.

The only minor difference in terms of the look of the wood is that African Mahogany will have a grain that is slightly more interlocked compared with Cuban and Honduran Mahogany. It is durable, rot-resistant, and easy to work with. 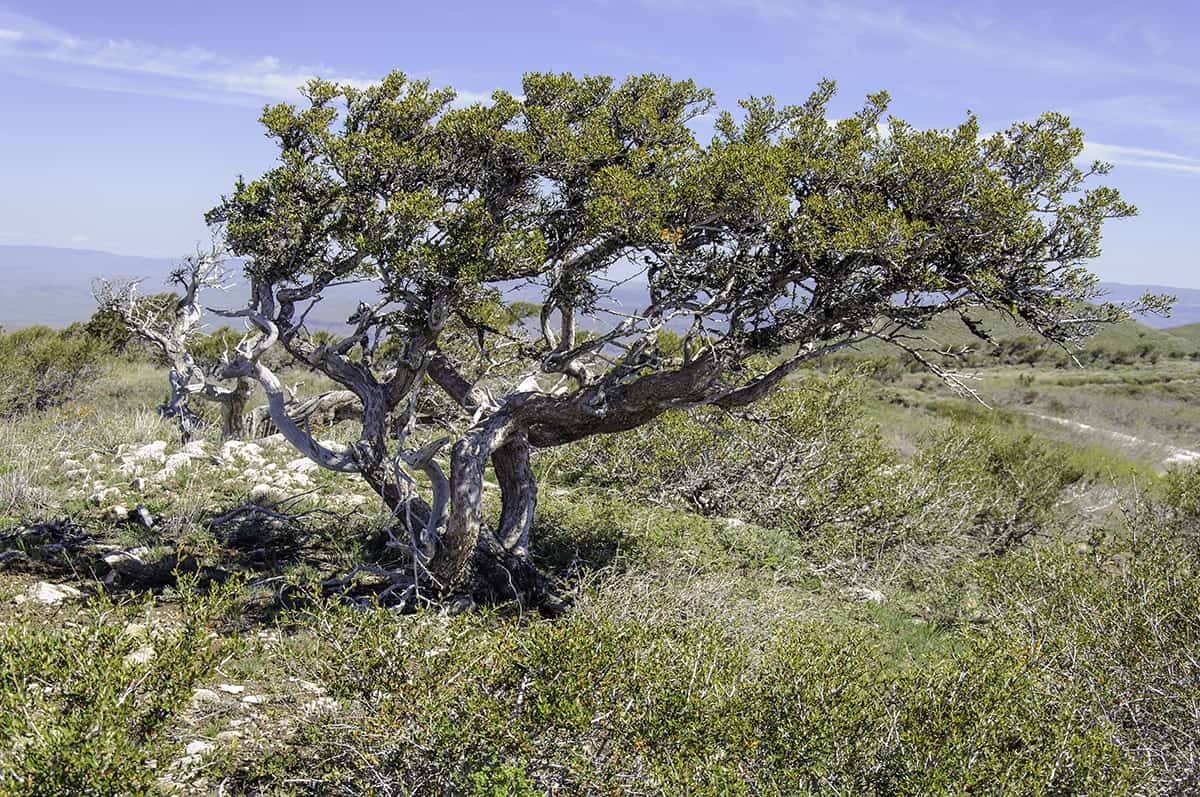 This is a genus of trees that are native to the United States and Mexico. Most of these species grow to between just 10 and 20 feet in height and therefore are regarded as large shrubs or small trees, though in exceptional cases, heights of 40 feet have been known. The small stature of the trees means that only relatively short planks of timber can be sourced from the trunks.

The wood from these species is known as being one of the densest types of wood you can get, and certainly the densest woods native to North America. The wood from these trees is so heavy that it will actually sink when placed in water. The density of the wood makes it very difficult to work with, and as such, it is not favored by furniture makers.

It is also so heavy that it is difficult to transport, and as such, the cost for it is quite high. However, the benefit of such a dense wood is that it burns slowly and evenly, making it an ideal firewood. This is what Mountain Mahogany is primarily used for in local areas where it grows. 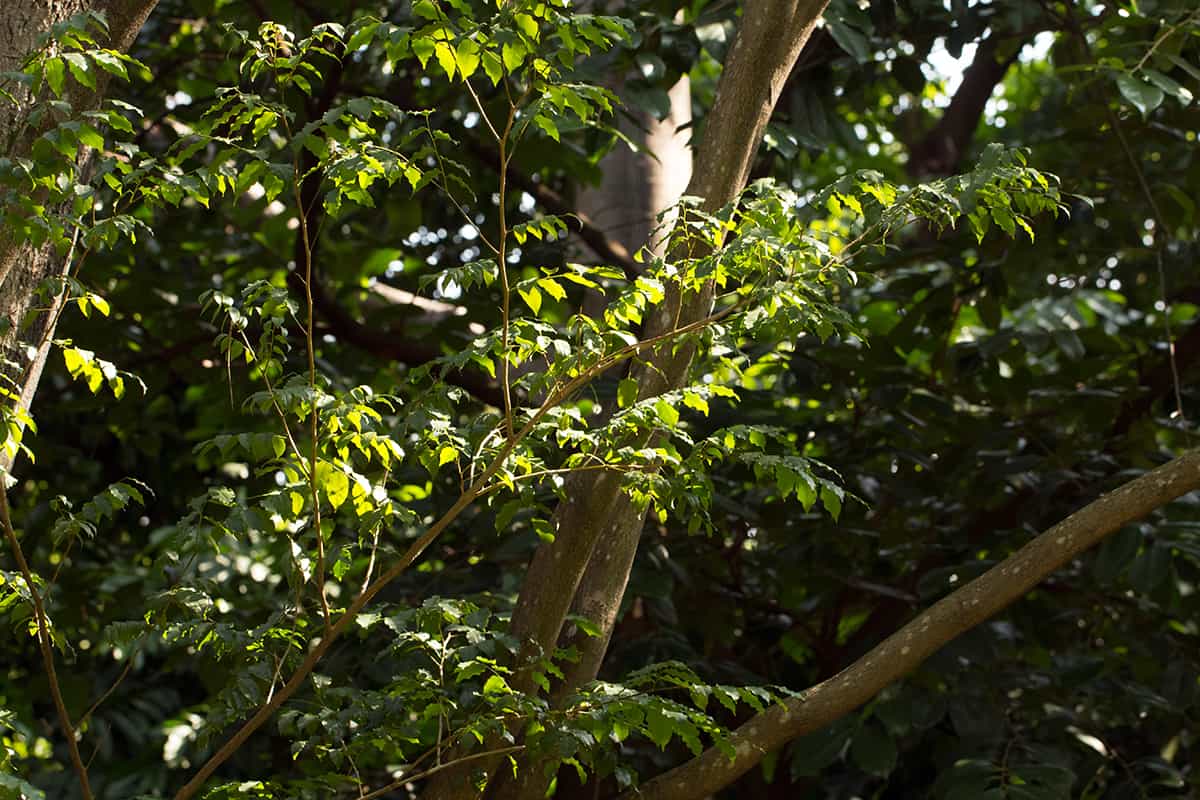 This is a tropical tree growing natively in Southern Mexico and Amazon forests in Brazil and Peru. The tree reaches heights of up to 150 feet and thrives in humid conditions. The wood produced from this tree has a fine to medium texture, which makes it ideal for flooring since it will be smooth underfoot.

The color of the wood varies from pale pink through to burgundy, and as the wood ages, it will take on a darker, more reddish tone. The wood from this tree is also hard and durable, which makes it well suited to use in furniture making.

It is sometimes marketed as South American Mahogany but should not be confused with the genuine mahogany of the same name, which comes from the Swietenia genus. This is a more affordable type of wood compared to genuine mahogany, and it represents a good alternative since it shares many of the same qualities and is reliable and long-lasting.