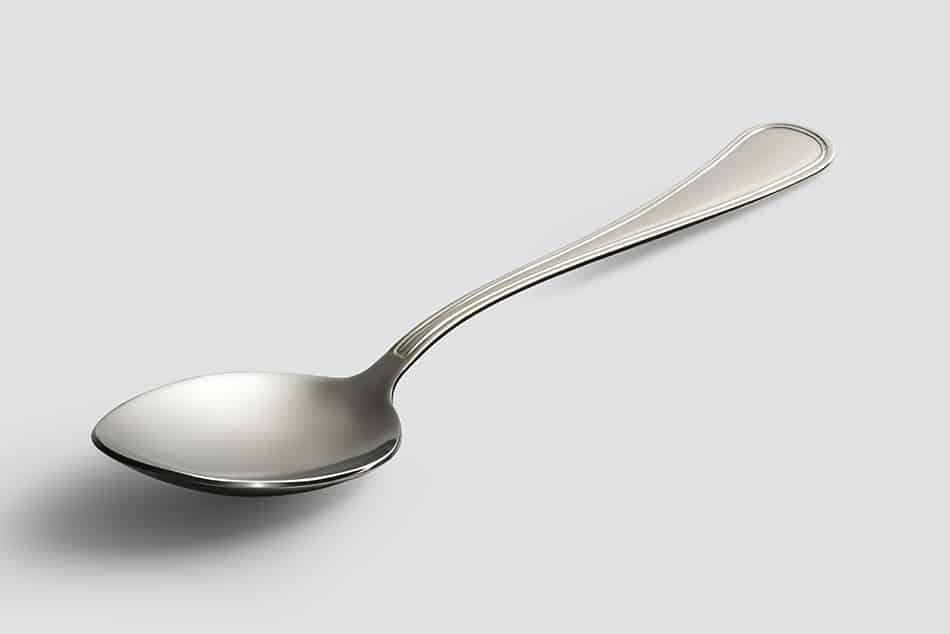 A spoon is a kitchen utensil that has a shallow bowl or head at one end and a handle at the other end. It is mostly used for transferring food from a plate to your mouth.

But, some kinds of spoons can also be used for stirring, mixing, tossing ingredients, and serving food. Most of the spoons available in the market are made of metal, wood, plastic, or porcelain.

Here are the major parts of a spoon illustrated by a diagram.

Generally, the tip of a spoon is the curved part at the end of the bowl or head. However, there are some types of spoons with a more pointed tip. For example, a dessert spoon has a head that is slightly longer, and a bit pointed compared to a regular spoon.

The bowl or head of a spoon has two parts. First, the inside part is the concave portion of the bowl where the food is placed. The back part, on the other hand, is the outer curve of the bowl.

The bowl or head of a spoon will vary in size and shape, depending on its type. Typically, most spoons have a round or oval-shaped head. However, there are some with a different designs.

One example is a grapefruit spoon that has serrations on its sides. This feature allows people to separate the fruit from its rind with ease. Another example is a slotted spoon that has holes in its bowl, which allows the liquid to pass through when serving food.

Aside from design, some types of spoons also have different shapes. For instance, an ice cream spoon has a square-shaped head that allows users to pick up the right of ice cream. Aside from that, a sugar spoon also has a unique shape. To be specific, it has a long, narrow head that is slightly raised, which allows you to sugar into a smaller cup without spilling it.

The neck of a spoon is the part where this utensil tool starts to widen. It is the part that connects the head and the handle.

The handle is the part of a spoon that you hold when eating, cooking, or preparing food. In general, most spoons will have a handle with a length ranging from five to seven inches. But, there are some types of spoons with a shorter or longer handle.