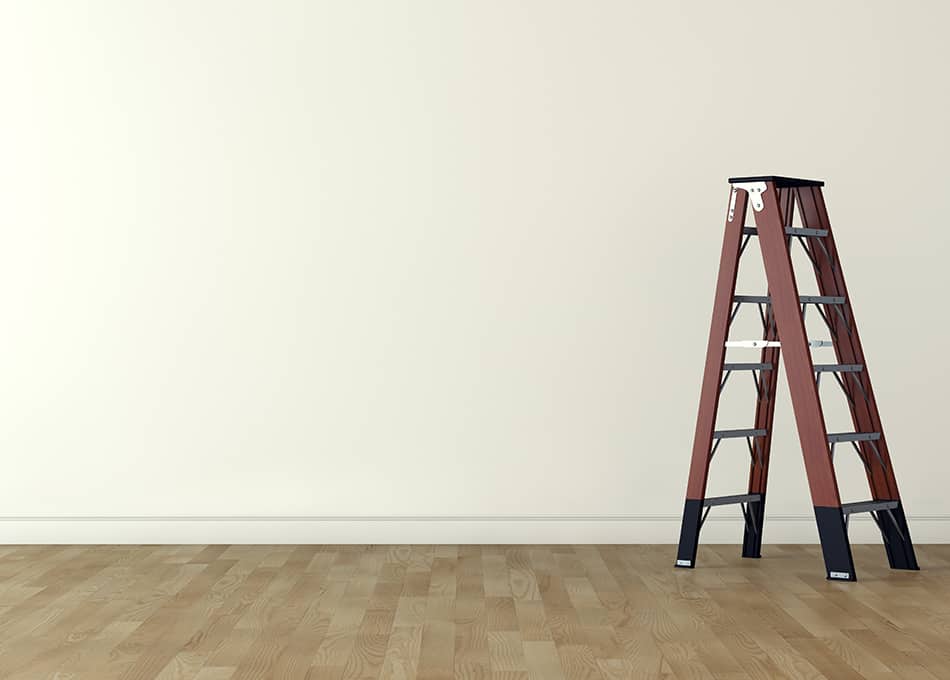 Ladders have been around for over 10,000 years, being utilized by many different businesses and professionals, as well as in households. Evidence proving the first existence of ladders comes from The Spider Caves in Valencia, Spain.

Housed inside the cave is a Mesolithic rock painting of two men using a ladder to retrieve honey from a wild honeybee nest. The ladder depicted seems to be a flexible ladder made from a type of grass.

Although this evidence is from approximately 10,000 years ago, researchers are certain that ladders are considerably older than that; being dated right back to the ancient Hebrew and Egyptian times. Over time, different forms of ladders from step ladders to multi-position ladders, have been produced to meet various needs and demands.

Despite the popularity of ladders and their wide range of uses, many people do not know the different parts of a ladder and their functions. There are many different types of ladders; nevertheless, in this article, we are going to focus on the two most used ladders in the world: the extension ladder and the step ladder.

We also put together two diagrams for two different types types of ladders in this article.

A step ladder is a short folding ladder with flat steps and a platform. Step ladders are self-supporting, meaning that they can be used anywhere and do not rely on being leaned against any kind of support.

The hinged component of a step ladder allows for easy storage. It is very important to be aware of the different parts of a step ladder to aid easy inspection of identifying broken or faulty parts before each use.  A step ladder is comprised of five parts, as listed below:

Top caps have not always been present on step ladders. Since the introduction of top caps, the practicality of them has increased greatly. Top caps were originally introduced to assist in securing the step ladder together, although many step ladders now feature a tray-like top cap that can be used to hold various items, including nails, tools, screws, and other small items. The top cap is a non-climbing component of the step ladder.

The rear side rails house the bracing at the back of the step ladder and must never be used for climbing or standing on. Note, however, that there are special types of step ladders that have steps on either side and, therefore, can be used by two people at the same time. The rear side rails are also one of two ‘legs’ that assist the ladder in standing upright.

The main use of step ladder feet is to avert the step ladder from moving and slipping whilst the ladder is being used. It is imperative that the feet on a step ladder are anti-slip and regularly inspected for wear and tear.

Parts of an Extension Ladder

This part of an extension ladder is what allows the ladder to extend when higher positions are required. In this section, the fly slides up and down. This enables the extension ladder to almost double in height. The fly section is also known as the telescopic section.

The base section of an extension ladder never moves, unlike the upper sections that move up and down to extend the ladder. The base section interlocks with the fly section enabling the two sections to function like a rail-type system.

The parts of ladders are essential to the use of each type of ladder. It is very important to buy your ladders from a reputable source where the salesperson is equipped with knowledge of various ladder models.

This will assist you in buying the best ladder suited to your need. As mentioned above, regularly check your ladders for wear and tear and visit your local, reputable store when replacement parts are needed.