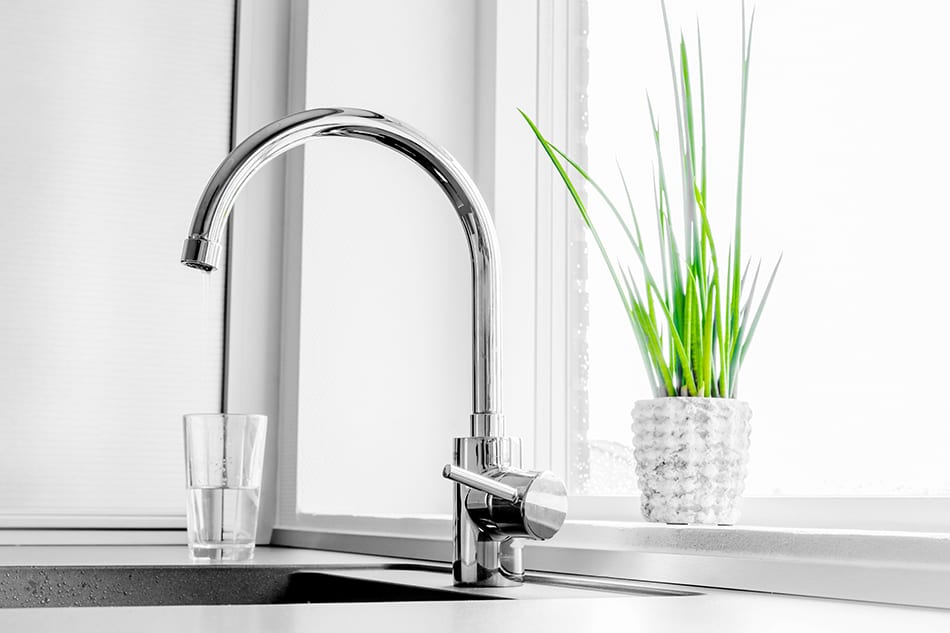 The kitchen faucet in the majority of homes is the most regularly used of all the kitchen appliances. It is turned on and off multiple times a day, to wash hands, clean dishes, spray fresh produce, fill the kettle, make drinks, and many more tasks. When the kitchen faucet breaks down or develops a fault, it needs rectifying quickly so as not to inconvenience all members of the household too much.

In most cases, if the flow of water is reduced or non-existent, this points to a problem with the cartridge valve. An eroded or cracked valve is the most common issue which occurs in kitchen faucets, and being familiar with the parts of a kitchen faucet will make this a simple problem to fix which many people will be able to perform themselves without having to wait on a plumber. Here we break down the many parts of a kitchen faucet and its functions to equip you with a good understanding of this essential appliance.

We put together a detailed 3D diagram of kitchen faucet parts here. 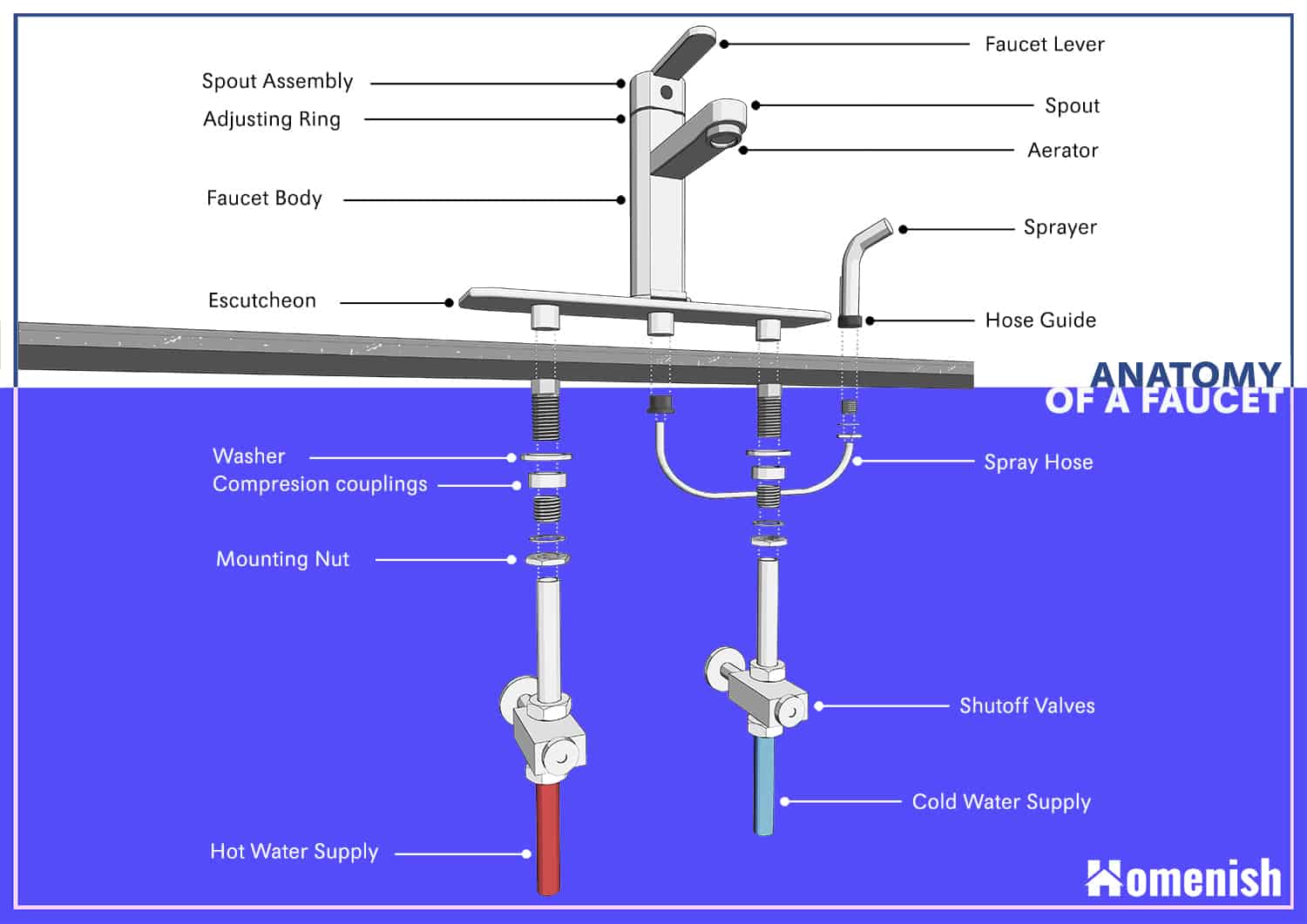 The aerator is fitted at the mouth of the spout where the water flows from. It will usually be made from a metal mesh, and its job is to divide the single stream of water coming out of the faucet into several streams of water. This actually reduces the amount of water flowing out of the faucet while simultaneously giving the impression of high pressure. This helps to cut down water bills and make the faucet more energy-efficient, saving both money and the environment. An aerator also works to reduce the likelihood of splashing in the sink.

The spout of a faucet is the part where the water flows out from, and it is also the part that helps to dictate and define the style of the faucet. The spout is usually the most noticeable part of a faucet so if you’re buying a new one you’ll want to look for a faucet with a spout that reflects the style of your home. Faucets come in a wide range of shapes and sizes, which have different advantages and disadvantages.

A straight spout reaches out into the middle of the sink which can be useful for washing dishes, and it will also have a low profile to prevent it from standing out too much or blocking the view out of the window beyond. A tall gooseneck spout has an obvious curve which is great for fitting large pots or vases underneath it to be cleaned or filled with water.

Some faucet spouts also have a pull-down feature that allows you to unclip the mouth of the spout and pull it around within the sink for more accurate cleaning. Similarly, some faucets will feature an additional spout in the form of a separate sprayer which can be used in conjunction with the main spout.

The handle of the faucet may also be known as the lever of the knob, depending on the design of the faucet. This is the part of the faucet which operates the valve mechanism inside, and can therefore control the water flow. When the valve is closed the faucet will be turned on, and when it is open the water will flow through freely.

Some faucets will just have one handle, and these are called mixer faucets. With this type of faucet, the hot and cold water can both be controlled with the use of one handle. Faucets with two handles will have one handle to operate the hot water and one to operate the cold. These taps might be inconvenient for some people as they require two hands at the same time to operate, which can be annoying while washing dishes or completing other tasks. However two-handled faucets offer a symmetry which will appeal to some.

Most kitchen faucets will contain the entire valve mechanism in a cartridge, which makes repairing broken valves much easier because a cartridge can simply be swapped out for a new one rather than having to mess around with numerous washers and other small pieces. Cartridge valves can be made from metal, plastic or ceramics. Metal and ceramic valves are more long lasting compared to plastic valves, as they are more sturdy and less likely to crack or degrade over time. Ceramic valves in particular work very well because they aren’t negatively affected by mineral deposits, which can be harmful to valves especially in hard water areas.

The escutcheon is essentially a mount where the faucet is fixed to the countertop. It is a decorative feature which finishes off the look of the faucet and covers up any holes which were required to install the faucet. The escutcheon will match the rest of the faucet in terms of material, and might be stainless steel, plastic, zinc, brass or copper.

This is the hose which sits underneath your countertop and connects the water supply to the faucet. This is usually a flexible and moveable pipe which allows the faucet itself to be able to rotate. This is useful for moving the faucet to the side of the sink when you need to wash large items, or for spraying water in different areas. If you have a double sink bowl it will also enable you to move your faucet from one bowl to the other.

This is a typically large nut designed to secure the faucet to the sink. It is found under the sink. If the faucet gets loose, you can tighten or secure it by tightening the mounting nut.

This is also known as the O-ring or gasket. The main purpose of the adjusting ring is to ensure that the joints of the faucet are fitted and fastened.

This is a small flat ring that links the aerator to the kitchen faucet stems. It also prevents leaking, makes the joints watertight and lets water flow freely.

These valves are usually parts of cartridge valves. They are there to control the flow and water temperature

As you may deduce from the name, this part of the kitchen faucet guides the hose and smoothen the water flow.

This flexible hose connects the water supply to the faucet and sprayer. You can easily spin the hose to have the direction of spraying you want.

Finally, the sprayer is for spaying water and washing various kitchen stuff like dirty dishes, or vegetables with stronger pressure. 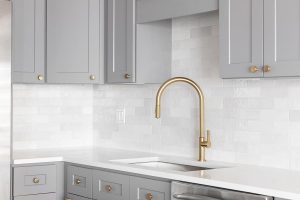 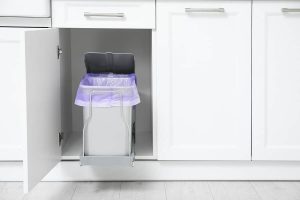 Kitchen Trash Can Sizes and Guidelines (with Drawings) 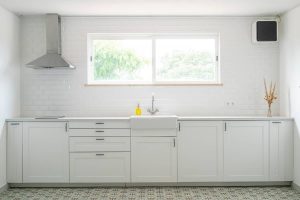 Can You Tile Around the Kitchen Window? 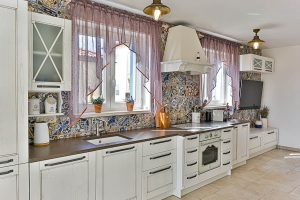 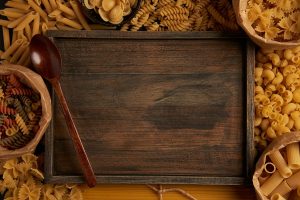 Guide to Standard Noodle Board Dimensions (with Drawing) 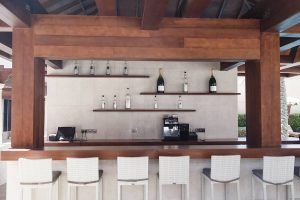