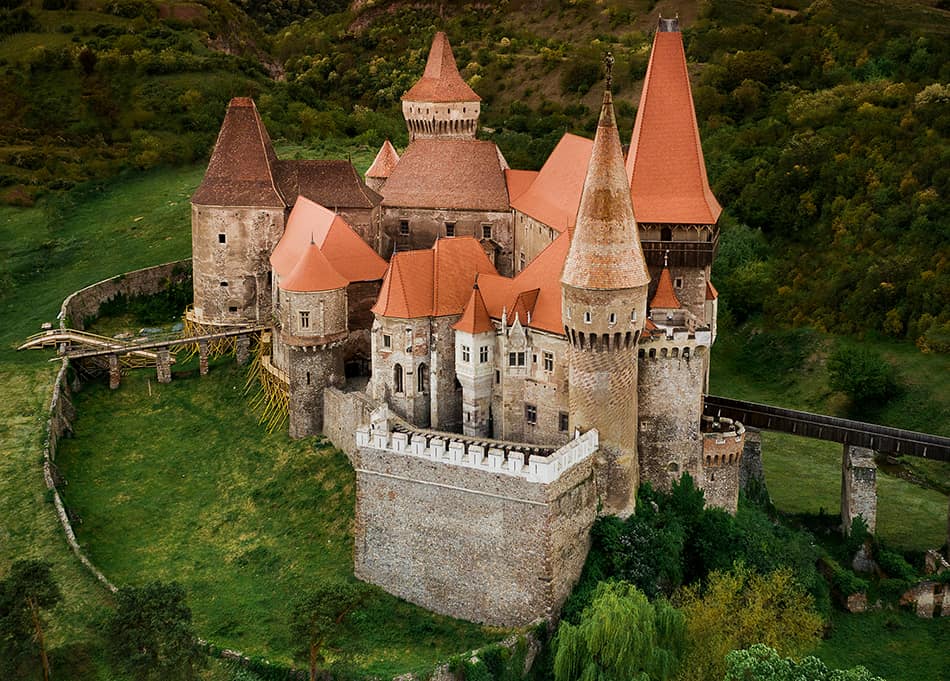 In medieval times, rulers demonstrated their power and wealth with castles. These castles were also used as retreats in times of attack and to protect valuable natural and artificial elements owned by the royals. Castles are century-old structures that were predominately occupied by royals such as Kings and Lords, and we’re built primarily to defend and protect these royals and their people from their enemies.

These fortified buildings are said to date back to the early 9th and 10th centuries, with the most distinctive castles established in Europe. They served as administrative, domestic, and military facilities at the time. The grandeur of these complex buildings has often been highlighted in documentaries and movies, with exciting tales about their history.

Multiple castles were refurbished after severe damage from wars such as World War II and serve as tourist attractions in their respective countries. Some of the most visited castles to date are; Edinburgh castle in Scotland, Bojnice castle in Slovakia, Eltz castle in Germany, and numerous others.

This article dives into the different features of a castle, some existent and some destroyed, and will guide you through the most notable elements of a castle, like a tour guide would if you visited any of the existing ones.

Parts of a Castle

Here is the diagram for two types of castles – the Concentric Castle and Motte & Bailey Castle.

The allure, or wall-walk, is a small passage, usually located on the top of a curtain wall. It is The castle guards can easily climb up through the stairs inside of the wall to have a whole watch for the castle.

From a far distance, even before you see the castle clearly, you notice a high wall that surrounds the Bailey grounds. It was built high and thick to prevent attackers from easily climbing over it and also to endure the detonation of artillery aimed at the castle. These walls were further strengthened by a stone skirting around their base. Some of these walls have arrow loops and battlements at the top of their edges and were used to attack the enemy with arrows and missiles.

Various castles, particularly in Europe, are seated on a mound with a flat surface called a motte. Some of these castles had mottes developed from pre-existing land, but the majority were artificially developed by digging and elevating the ground, leaving a ditch around this mound called a Moat. This feature is common with the Motte- and-Bailey castles.

As mentioned, the outside of the castle was strategically built to combat any foreseen enemies. Once the attackers got close, they were met by their first obstacle; a moat. This is a deep man-made water body that surrounds the castle. This feature prevented attackers from easily accessing the castle and could only be crossed with a drawbridge.

Once you get past the moat, there’s the drawbridge that is technically a bridge between the other side of the moat and the castle’s gateway. This bridge was raised and lowered using chains to either welcome guests or block enemies out during raids. Over time, this drawbridge was replaced with a permanent stone bridge. Once the moat was crossed, it led to the gatehouse.

The entrance was the weakest and the most targeted point of the castle. Therefore a gatehouse that had twin towers on either side of the gate was built. It had living quarters for the guards and further strengthened with arrow loops and “murder- holes” where missiles and burning liquid were dropped at the attackers below.

The gate at the entry of the castle is made of strong wood and metal with jagged teeth at the bottom to sink into the ground when closed. This gate was lowered and raised vertically using a chain or rope whenever the castle was under attack. The Tower of London, Edinburgh Castle, and Amberley castle are some of the few castles with working portcullises currently. This portcullis was further fortified with a Barbican.

Before gatehouses were created, the castle’s gate was barricaded with a walled fortified gateway called a Barbican, which made it much harder for attackers to get to the gate. However, before the attackers even got to the Barbican, other strategic points like battlements, turrets, arrow loops that are detailed below were used to detect and defend the castle before they got closer.

These are small openings at the very top of towers, found at “The Keep” of the castle. Since they were at the highest point of the castle, they served as vantage points to warn locals and soldiers when enemies were approaching.

These are square-like parts at the top of castle walls, used to sight enemies advancing toward the castle. Soldiers used the gaps (crenels) to fire arrows at these enemies, and the raised areas (merlons) were used to dodge the arrows fired by enemies in retaliation. While some soldiers were positioned by the battlements, others used the vantage of the arrow loops during battle.

These are strategic, narrow openings built into the castle walls and used by soldiers to shoot arrows at attackers.

Once you move past the gate, it’s the Keep and Bailey grounds. The keep, also known as the donjon, was the most defended point of the castle. It had the highest points of vantage and was the last resort for refuge when the castle had been overpowered during a raid. It had sleeping quarters, service rooms, and offices which could sustain a siege. The keep also served as a residence for the Lord, together with his family and guests.

These are the grounds within the encircling walls of the castle. This was the main living area for the castle’s occupants, having establishments such as granaries, workshops, butteries, chapels, kitchens, and stables. Large castles separated the bailey into western and eastern baileys or upper and lower baileys.

This is the most outstanding room of a castle, with splendid architectural finishes that have inspired halls in Colleges and Universities like Oxford and Cambridge. These halls are especially found in castles in England, Scotland, and France. The hall is very wide and rectangular, with even higher ceilings. It served as a multifunctional room, where guests were entertained and also where the royals, and in much earlier times, servants dined. These halls were also greatly known for their massive fireplaces made of beautifully decorated wood carvings or stone. Some halls are still existing, including Westminster Hall and the Wenceslas Hall in Prague Castle.

This was one of the private rooms of the castle. It was used by the Lord to seek more privacy from servants and visitors. This room was predominantly used by the King when he addressed his ministers in private meetings. This room coined the term “the cabinet,” which is used by multiple English-speaking countries as the executive arm of government.

This room belonged to the Lady or Queen of the castle. It was to the Lady what the cabinet was to the Lord. It served as her dressing room and was adjacent to her bedchamber. In later times, this room was used as a painting room and a more intimate space for entertaining guests.

These were the sleeping quarters for the King/Lord and his family. They were often situated at the end of the great halls.

Castles had kitchens, butteries, pantries, and ladders. The kitchens were suited near the dining area, and the Ladder was used to store food before preparation since there were no refrigerators at the time. These Ladders were constructed strategically with windows lined with fine mesh to allow air circulation and also prevent flies from getting in. The buttery was close to the great hall and was where the beer and wine were stored.

Since Christianity was mandatory, chapels were used frequently by the royals and commons, with the Lord’s family having a private area in the chapel called the Oratory. The Lord’s family and dignitaries occupied the upper section of the chapel and servants the lower. Currently, chapels such as St. Margaret in Edinburg are hired for weddings at a hefty price.

At the bottom of the keep is the undercroft, traditionally called a storeroom or cellar. These rooms were usually vaulted and used to store valuables.

Also underneath the keep’s ground floor is an area where troops assembled in preparation for attacks. This room was vaulted and built to be impenetrable.

Refrigerators are used in modern times to preserve perishable foods, but castles could only use icehouses and ladders to conserve their food in the olden days. They were mainly built underground, with rounded bottoms to hold the ice and situated near water sources like ponds and freshwater lakes. This ice was stored during the winter season to be used in the summer.

Historically, doves and pigeons were an important source of food, especially in Western Europe, where they provided eggs, flesh, and dung used to fertilize soils for food. It is with this effect that Dovecotes—circular or square-shaped were established with pigeon holes where birds would nest. Some Châteaus in France like Château de Suscinio still have a complete dovecote on their grounds, outside the walls of the castle.

That completes the virtual tour of the most revered parts of a castle. 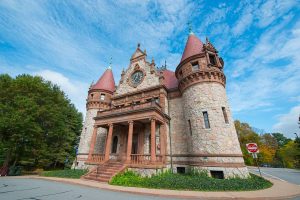 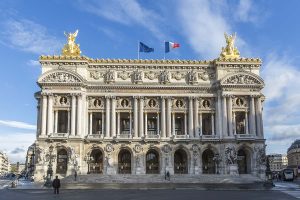 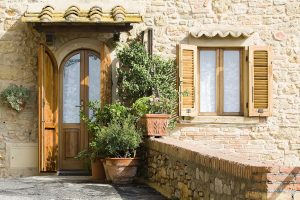