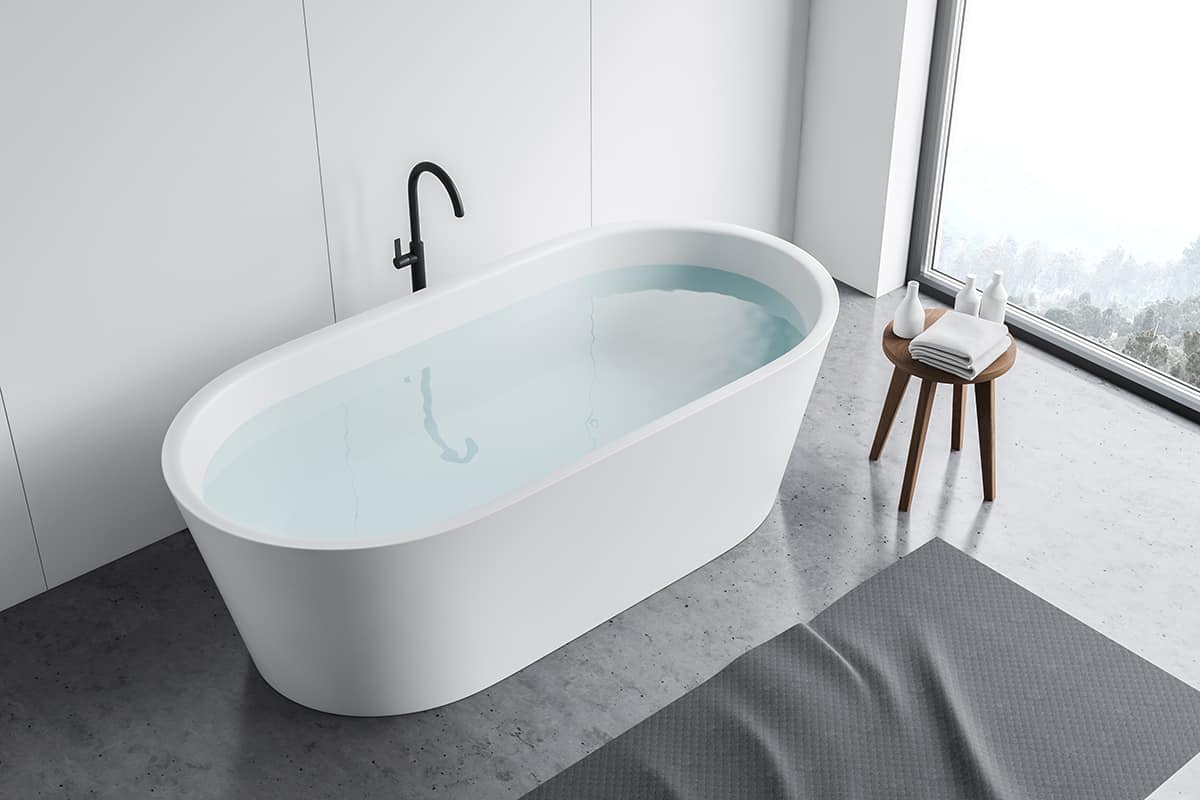 Concerns over water usage are becoming more prevalent since people are worrying not only about the cost of their utility and water bills but also about the detrimental effect that water consumption has on our planet.

If you are looking to decrease your water usage, then it can help to know how much water your bathtub holds so that you can make the best decision for the environment and for your bank account when choosing between a bath or a shower.

The average amount of water that a bathtub can hold is around 80 gallons; however, this number can vary drastically depending on the size of your tub.

Although the standard bathtub can hold 80 gallons, this is not the typical amount of water used for a bath because people do not tend to fill the tub right up to the brim, and of course, the depth that you fill the bath will significantly affect the total amount of water used. On average, baths will use between 40 and 50 gallons each time they are filled. 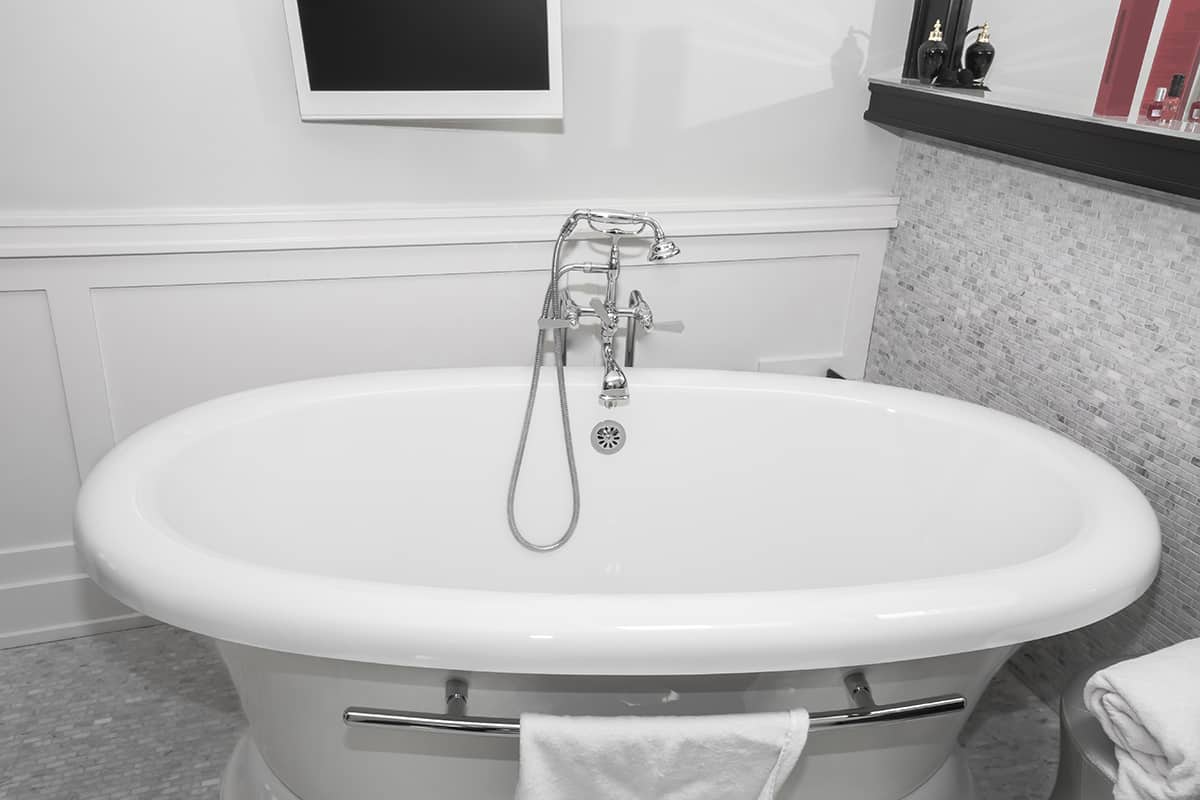 The smallest types of baths are those that are best suited to children, and these will hold around 40 gallons when filled with water, though typically they will only be filled to the halfway point, so the amount of water used is likely to be closer to 20 gallons. Other smaller baths exist that are compact baths for adults, with a capacity of around 60 gallons.

Average-sized bathtubs will hold around 80 gallons. This is the typical size of tub you can expect to find in most homes, which is designed for one person to bathe in at a time. Although this type of tub can accommodate 80 gallons of water, most people will not fill the tub all the way to the top.

If you half fill a standard-sized bathtub, you are likely to use somewhere in the region of 40 gallons, or if you like to soak in deep water and fill it three-quarters full, then you will be using around 60 gallons. 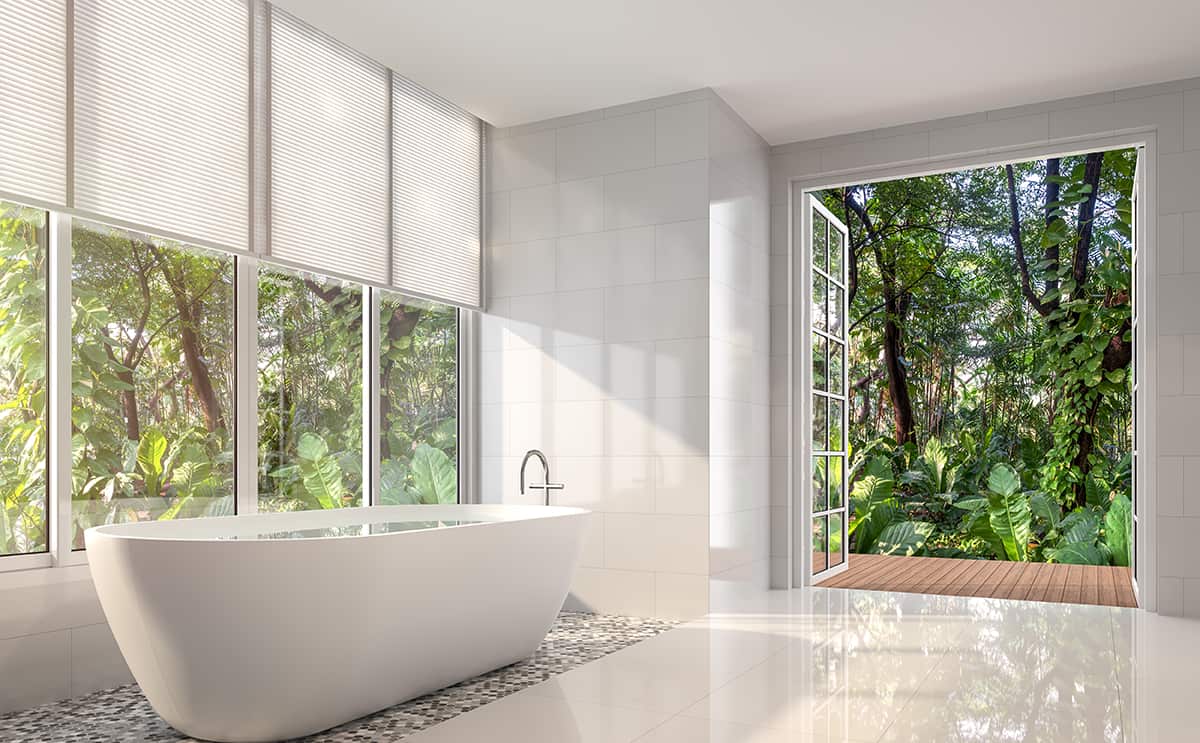 For people who have spacious bathrooms, large tubs are a nice luxurious option. These tubs can allow two people to use the bath together, or they are great to allow one person to spread out while bathing or comfortably lay down without having their feet sticking out the end of the bath.

Large baths can hold anywhere up to 110 gallons of water, but this figure will only be close to accurate if you fill your bathtub to the very top. If you fill the tub to a lower level, then it is unlikely you would ever be using more than 100 gallons of water for a single bath. 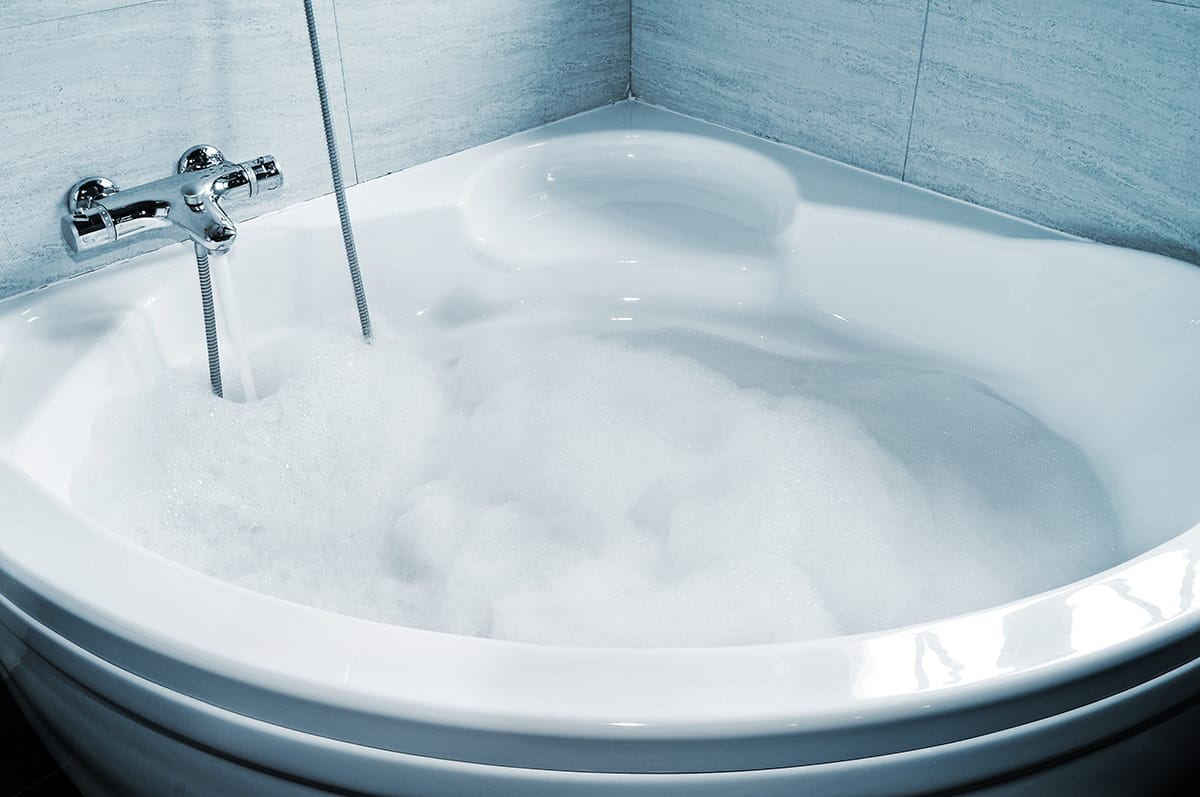 Corner bathtubs were more common in the 1990s and early 2000s, and they are less prevalent now as they have fallen out of fashion. However, corner tubs do offer a good option for smaller bathrooms or bathrooms with awkward layouts.

As with other bathtubs, people are unlikely to fill their tub to the brim, and so when using a corner tub, you can expect to be using in the region of 20 to 30 gallons.

How Much Water Does a Shower Use?

The average shower will use two and a half gallons of water per minute, though, of course, this number can vary in individual situations depending on the type of shower head you have and the water pressure.

Do Baths Use More Water than Showers?

The answer to this question depends on how long you take showers and what type of bathtub you have. As the average bathtub will use 40 gallons of water when it is half full, and the average shower is 10 minutes in duration that uses 25 gallons of water, then this means baths do use more water than showers.

If you fall into the ‘average’ spectrum, then it is definitely best to continue with daily showers and have a bath as an occasional treat to save water.

If you have a large bathtub, then this will use considerably more water than even a long shower, and again these should be treated as an infrequent luxury. However, if you have longer showers in the region of 20 minutes, then you will be using more water than the average bath.

In this case, you would be better off having a daily bath or trying to cut your shower times down to save water consumption.

If you love having baths, then there are ways you can make them more environmentally friendly. For example, you could make the water in a bath go further by bathing yourself first and then using the same water to bathe your children.

Another option is to leave the water in the tub after a bath and wait for it to cool down completely, then use a jug to scoop the water out and use it to water your houseplants. This reduces water wastage and can actually make having a bath more economical and more environmentally friendly than having a shower.