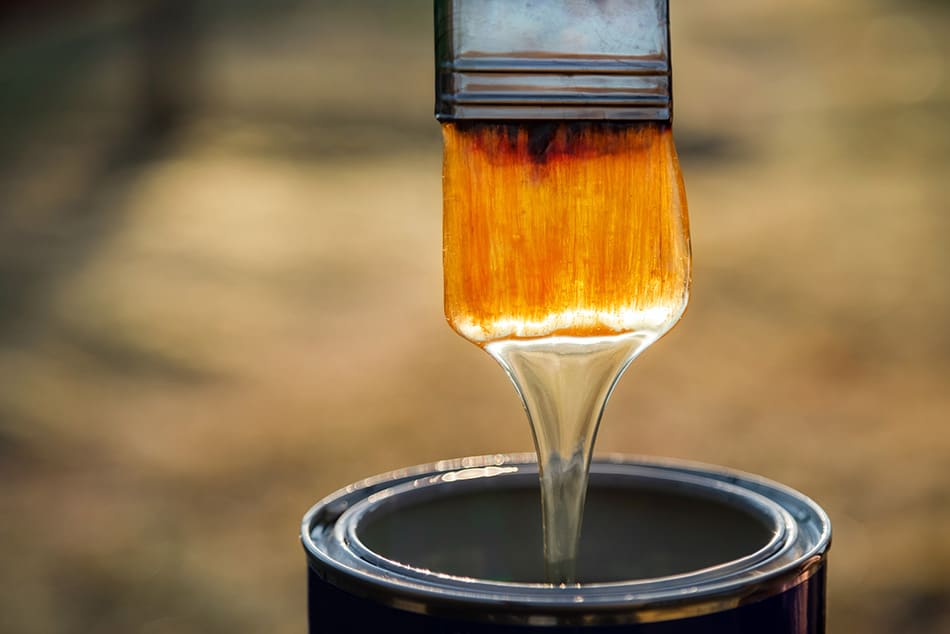 Although it is often associated with wood finishing, varnish may be applied to a variety of materials. Varnish, not unlike paint, can and is used for aesthetic and protective reasons. And, much like paint, varnishes have finishes that vary from gloss through satin to matte. This describes the sheen of the finish and how reflective it will be.

Gloss is the shiniest and smoothest, while matte describes a dull and un-shiny finish. However, while paint simply covers the material and serves as a wall between the elements and the wood, varnish penetrates and, at the same time, gives it a finish and a protective film, and sometimes even a glossy sheen.

Probably the biggest downside of varnish, however, is that, unlike paint, varnish does not have a plethora of colors to choose from, making it less versatile in general for aesthetic purposes; that is, if you do not like the radiant beauty of the wood which the varnish accentuates.

Different materials and uses call for different types of varnish. Whether you just want to give the wood a nice, pleasing finish, or if you want to protect it from the elements, the varnish you will be using can be any one of the eight mentioned below:

More commonly known as Shellac or French-Polish, Spirit Varnish uses shellac dissolved in spirit, which is then applied in a thin layer on the material; but this is not strictly a varnish. Shellac is secreted by a beetle in South East Asia and is usually bought in flakes that are then diluted with alcohol before use.

The de-waxed version of shellac, which has undergone a process to have most of the waxy substances removed, can be used as a primer for other varnishes, such as Polyurethane and Acrylic, which do not penetrate well into the wood. Shellac can be clear or in a range of shades.

This type of varnish gives a translucent finish, thus making it well suited to materials like flame maple, which are widely used in instruments such as the guitar or the violin. Spirit varnish does not hold up well to weather, so do not expect to use them for outdoor furniture. 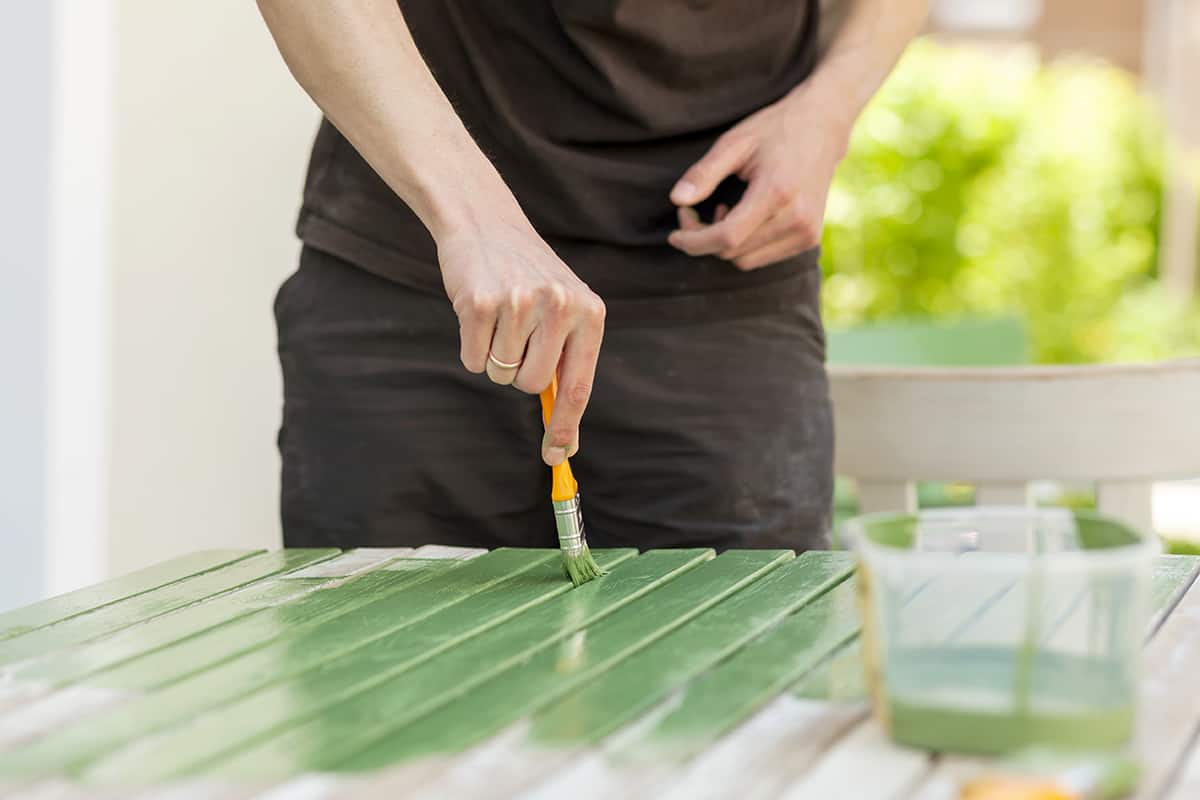 This varnish is quick-drying, non-toxic, and water-based, which generally enables it to have good ultraviolet (UV)resistance meaning that it can be used outside as well as inside. This is generally available in gloss, satin, and matte finishes. This is not limited to wood-finishing purposes and can be used on other materials; hence, it is more versatile than many varnishes.

This is clear, highly transparent, and does not usually yellow. This is less of a fuss than other varnishes since it is water-based; you can just clean up with water, which makes it very user-friendly. However, it does not penetrate that well into the wood, and neither does it spread as uniformly as other varnishes.

Incredibly durable and hard-wearing, this kind of varnish is purpose-made for materials in outdoor spaces—especially those exposed to extreme weather. Increased UV protection with this varnish means that the wood beneath is well-protected from all kinds of sun damage.

Although they are hydrophilic, meaning that they repel water, they are also microporous, which allows the wood to breathe. Fungicides are predominantly added to these varnishes, thus hindering the growth of fungi and termite colonies. Exterior varnish is related to yacht varnish in terms of formulation and flexibility; however, they cure slowly despite being dry to the touch.

This type of varnish generally does not penetrate the wood deeply, so primers like an oil-based varnish or a thin shellac solution are applied beforehand. In addition to its excellent hardness and durability, it is resistant to spills of mild acids, solvents, and other chemicals.

Although it lasts long, this varnish does not have the same UV protection that exterior varnish has, so keep that in mind when using it in outdoor scenarios.

Often called marine varnish or, more descriptively, spar varnish, yacht varnish is a highly flexible varnish that was originally intended for use on boats to prevent water from gradually seeping into the wooden spars of the hull due to weather or just the waves.

In the past, it did not have much gloss, as aesthetics was not a priority and no UV protection whatsoever. Their main objective at the time was to be resistant to water and to be elastic enough to stick to the spars as they flexed.

Modern technology has given most yacht varnishes a high gloss finish based on tung oil and phenolic resins and some UV protection, although it does not have the same flexibility as good-old spar varnish. With that in mind, unless the material will be subjected to the rigors of supporting a hull being battered by the sea, i.e., extreme flex, avoid applying yacht varnish at all costs. 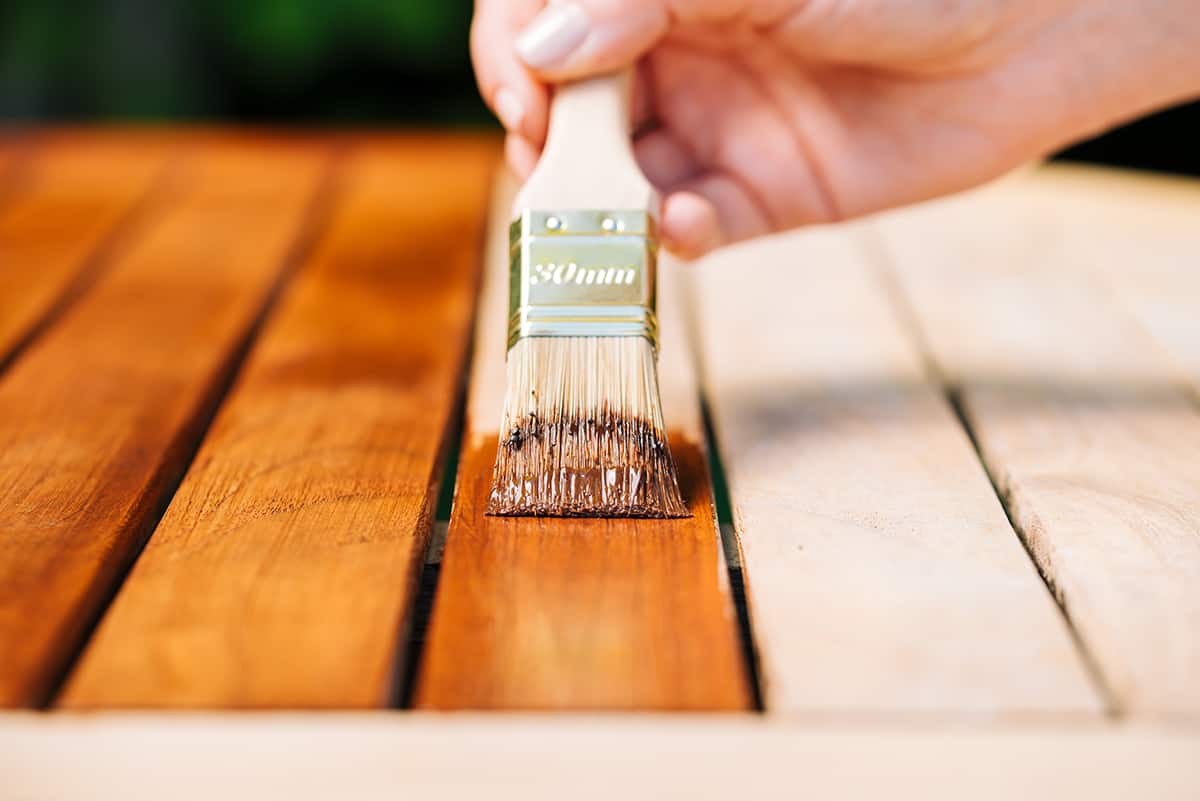 By dissolving hard resins like amber or copal in oil, you can get what is sometimes called Drying Oil. Although it is used as a varnish, it is not varnish as it is just varnish without the rest of the ingredients, leaving only the oil. Because it is only the oils, they take a long time to dry – often weeks for raw oils.

This can be speeded up by boiling or treating to partly polymerize the oil or adding additives. The most commonly used drying oils are Tung oil and Linseed oil. This is suited for use on exposed surfaces requiring polishing or frequent cleaning and for superior works. Another use for drying oil is for the violin—on which it is often used as a varnish and alternative to spirit varnish.

This is a clear wood varnish derived from quality alkyd resin. It is quite versatile, allowing for use in both indoor and outdoor settings. This provides good protection from variations in temperature, UV damage from sunlight, and water seepage.

This varnish enhances the wood grain and color. Alkyds are chemically modified vegetable oils that operate well in a wide range of conditions and can be engineered to speed up the cure rate and thus harden faster.

Usually, this is done by the use of metal salt driers such as cobalt salts. Better and more expensive exterior varnishes employ alkyds made from high-performance oils and contain UV-absorbers; this improves gloss retention and extends the lifetime of the finish.

Various resins may also be combined with alkyds as part of the formula for typical “oil” varnishes that are commercially available. Generally, it should be used over prepared plywood, fiberboard, and natural wood substrate.

This cannot be considered a true varnish and is most often used to describe the process of applying a finish by spraying. It is a quick-drying, solvent-based finish applied by spraying as it’s thinner than other finish types; instead of alcohol, as in the case of shellac. Acetone is the usual solvent base, also known as “Lacquer Thinner.”

Once applied, lacquer can be removed using lacquer thinner. It does not cure or polymerize like a true varnish will.

What Is Varnish Made Of?

By and large, varnish is just paint without the pigment. If you break it down to its simplest elements, what you end up with is any mixture of these three ingredients:

This ingredient cures and hardens upon exposure to the surrounding air and forms the protective coating which a varnish provides. Changing the ratio and kinds of oils to the resin affects the properties of the varnish, from high gloss, hard but brittle varnishes used on furniture to softer, flexible, and weather-resistant types that are better for outdoor use.

The choice of oil will affect the eventual “look” of the varnish. Some oils can have some color that will tint the varnish. The gloss of the varnish will be determined by the oil, although additives known as flatting agents can be added to reduce the sheen.

This is the strength and body of the finished varnish. Resin can be made from countless materials, which range from compounds coming from natural products like tree resins and some insect secretions, all the way to organic chemicals, which include polymers and plastics that are used as varnish resins.

Your choice of resin can also affect the varnish, like varnish oil, so resins that do not color the varnish are favored.

This ingredient, as the name suggests, thins the oils and resins and allows the varnish to be applied easily onto the material. After having done its job, it should evaporate and allow the resin and oils to cure and harden. The thinner can be any form of solvents, such as turps or white spirits; water can be used in some varnishes.