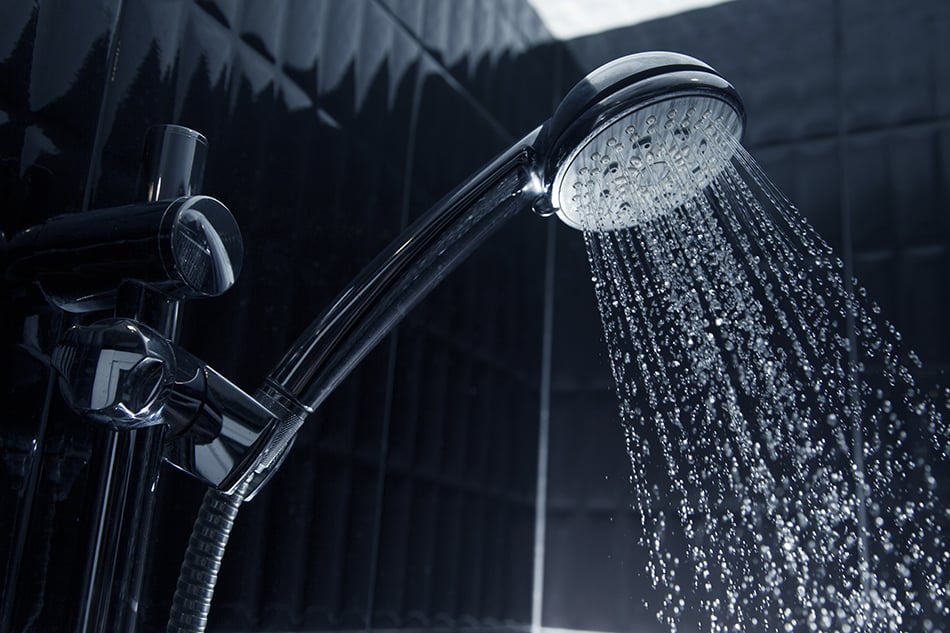 What is a Shower Valve?

There are several different types of shower valves, and the type you need will depend on your preferences as well as what is compatible with your home. The different shower valves allow you to operate your shower, controlling every aspect of the shower from water temperature to water flow and pressure to water direction.

As well as having different functional operations, different shower valves can also come in varying designs, from minimalist and modern to traditional. Learning about the different types of shower valves available will help you to decide what is going to work best for your family and your situation. 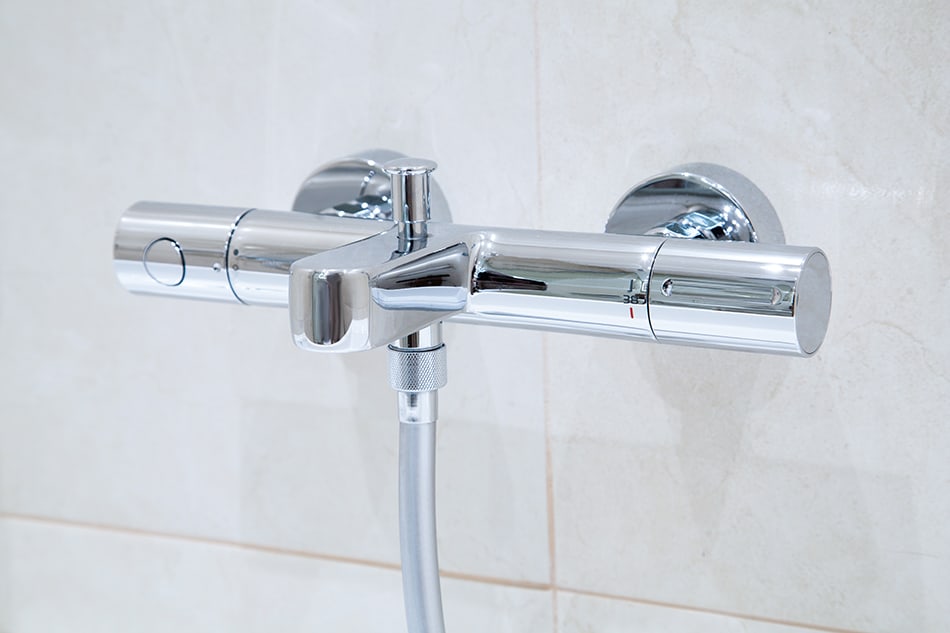 A thermostatic valve is used to ensure that the water temperature of the shower is maintained, so once you have selected a temperature setting when you turn on the shower, it won’t surprise you by suddenly getting hotter or colder during the duration of the shower.

These are great not only for ensuring the enjoyment of your shower, but they are particularly useful as a safety product if you have children to avoid them getting blasted with freezing water, or even worse, scalding hot water.

These types of shower valves will typically have two handles; one will turn the water on and off and may also be used to control the volume of water, while the other handle controls the temperature. The benefit of this is that once you have found a temperature you are happy with, you can simply leave that handle in the same position at all times and then use only the on and off handle when getting in and out of the shower. This will save the time and frustration of having to find the ideal temperature every time someone wants a shower.

There are different types of thermostatic shower valves available to suit the varying needs of different households. These include:

This is the standard type of thermostatic shower valve, where one handle controls the temperature and the other controls the on/off function and water flow. This shower valve will only control a single shower. For example,, an overhead shower.

This type of shower valve is suitable for use with a double shower where you want both showers to be able to operate at the same time. Typically, this type of shower will come in the form of an overhead fixed shower head and a handheld shower wand.

This shower valve is used with a double shower, where you might have an overhead showerhead, as well as a handheld shower wand. With this valve, though, you cannot have water flowing from both heads at once and instead will need to choose that shower you want to have on.

This valve will have two handles. One handle is an on/off handle and will also enable you to switch from one shower head to the other. The remaining handle controls the temperature of the water.

One valve will control the temperature of all three outlets. One will independently operate the body jets, working to switch them on and off and also to control the water flow. The final handle is an on/off switch operating the two remaining shower outlets and a switch that allows you to switch between the two. 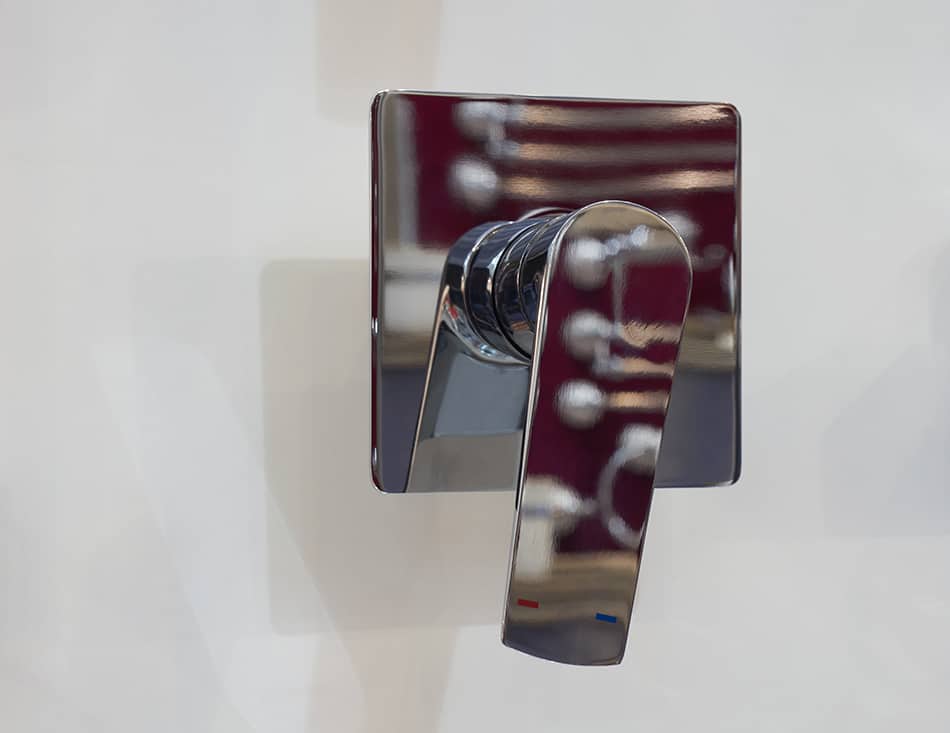 A manual shower valve is now considered to be more of an old-fashioned fixture in a shower, but they remain popular among many people because of their simplicity. This type of shower valve has just one handle that controls both water temperature, water pressure, and turning the shower on and off.

The main problem with this type of shower valve, especially when used in a household where children or elderly people live, is that it does not maintain and regulate the water temperature. Therefore, if a tap is turned on in your house or a toilet is flushed, then the water in the shower can momentarily become very hot or very cold.

As well as giving the user an unpleasant surprise, this can actually be dangerous, especially among vulnerable people, as the water could be hot enough to burn skin. It is for this reason that these types of shower valves are not recommended for families with young children.

The other issue with these types of valves is that you cannot preset the temperature, and every time you get in the shower, you have to find the sweet spot on the handle that gets the water to the temperature that you like. This is more of an inconvenience than a major problem, but if you need to hop in and out of the shower quickly in the mornings, then it could waste valuable time.

The main advantage of a manual shower valve is that they are very low cost, and in fact, are most typically the cheapest type of shower valve you can buy. If you are fitting out your bathroom on a tight budget, you may be inclined to select this type of shower valve, which is fine as long as you won’t be using it on young children. 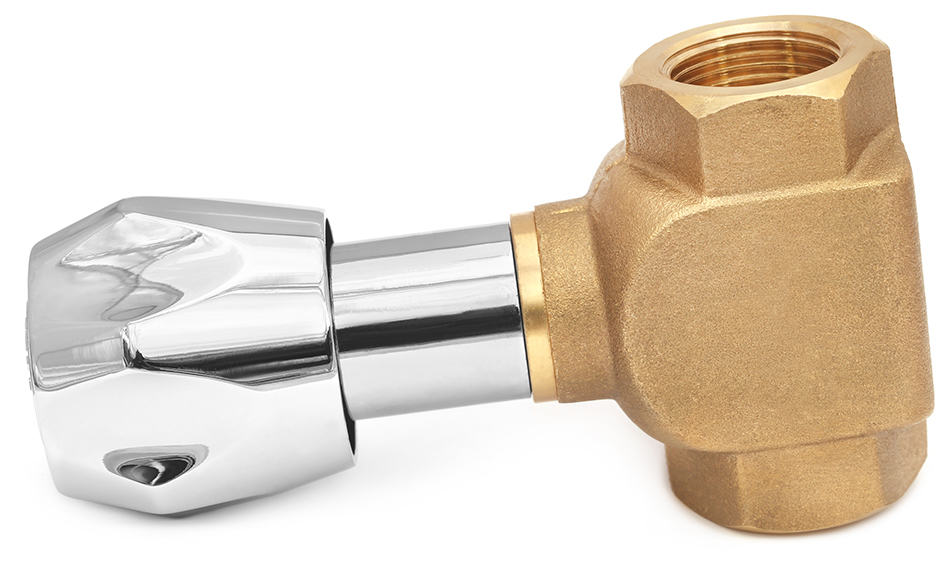 Concealed shower valves are thermostatic valves where the plumbing is concealed behind the tiled shower wall. This involved creating a recess in the wall before the shower is tiled, where the pipes of the valve are fitted. You would then tile right over the pipes, hiding them from view.

The cost of the actual equipment is typically more than you would expect to pay for an exposed shower valve, and the installation will also cost more because there is more work involved. Some people worry that if there is a problem with their shower valve at a later date, it will be difficult to fix as the main components are behind tiles, but fortunately, these systems are designed in such a way that the handles are relatively easy to remove, and you can then access the space behind them for maintenance or cleaning.

An exposed shower valve usually takes the shape of a vertical pipe fixed to your shower wall, with the handles and shower outlets attached at various points. These types of shower valves are much easier and quicker to install because they can simply be screwed onto the tile and don’t require cutting out any of the wall; the only part of the wall where pipes will need to be chased out is the lower portion where the hot and cold pipes will need to be fitted.

They are also less expensive to buy than concealed shower valves and less expensive to install. The drawback of these types of shower valves is the look of them, as the pipework can clearly be seen in the shower, though many manufacturers will make these exposed pipes as stylish as possible, typically in a chrome-plated metal that matches the rest of the shower fixtures.

If you have selected a rectangular shower head. For example,, you will be able to choose an exposed shower valve that features matching rectangular angles so that it still fits in seamlessly with your shower design and doesn’t look like an out of place pipe fixed to the wall. In some cases, a concealed shower won’t be possible. For example, if your shower is on a wall where it is not advisable to remove a portion of it for the concealed valve unit to fit into, in that case, your best option is an exposed shower valve.

If your priority is a sleek shower design with minimal fixtures showing, then a concealed shower valve would be ideal, but exposed shower valves can also look very stylish if you opt for a modern design, and they can save both time and money. If you are going for an industrial look in your shower room, then an exposed shower valve can actually add an edge to your design. 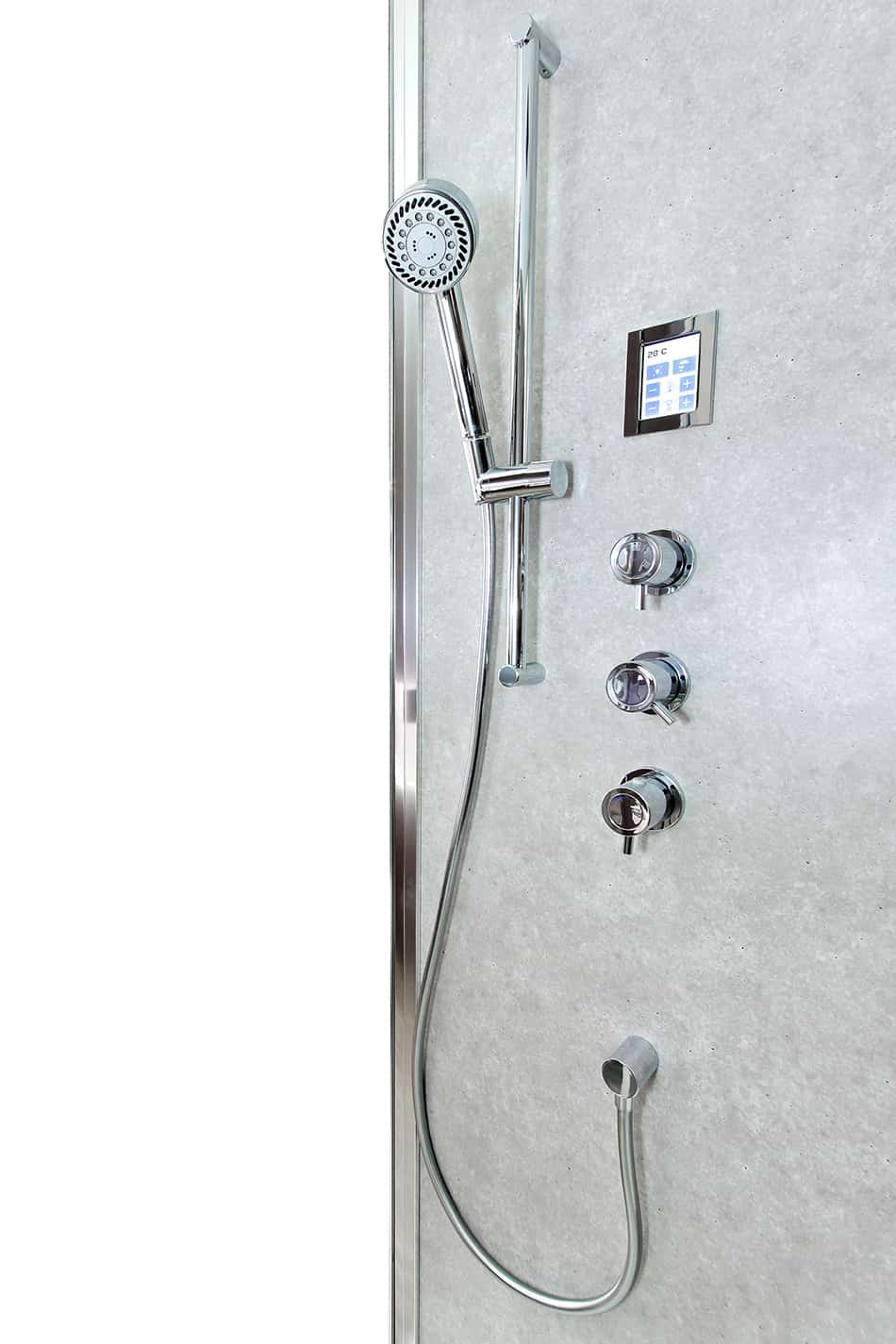 Many aspects of our lives are becoming digitized, and it seems that the bathroom is no exception. Digital shower valves are rapidly gaining in popularity as the simplest way to control your shower. These valves are able to program water temperature at the touch of a button. They can also connect to devices via Bluetooth so that you can remotely control the shower, turning it on and off, changing water pressure and temperature, and even controlling additional features such as LED lighting.

Digital shower valves are high tech bathroom products that won’t appeal to everyone but are proving popular among those who like to be on the front line of technological innovations. The main advantage of these types of shower valves compared to manual or thermostatic shower valves is that you can make minute adjustments to the temperature and are able to set it at a very specific temperature rather than guessing the temperature from the feel of it. The remote operation also means you can switch the shower on without getting wet. 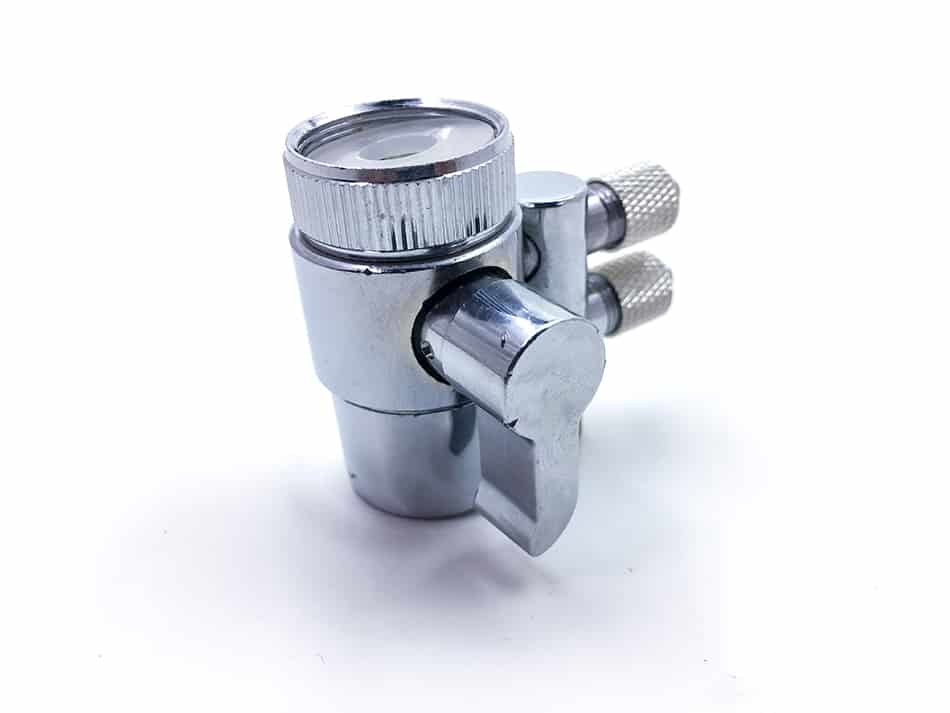 These shower valves are used in conjunction with thermostatic shower valves and are needed when you want to operate more than one single shower outlet. Instead of operating the temperature of the water, or the water flow, these valves control the direction of the water. A diverter valve allows you to choose whether the water flows out of your overhead shower head, or the handheld wand.

These are especially handy if you have a dog you need to shower, as you can select for just the handheld shower wand to be on and direct the water exactly where it needs to go instead of scaring your dog with water all of him at once. They are also great for hosing down children who might be scared of having the water fall directly on top of their heads.

Diverter valves are not just used in showers but are also common in showers that have an attached showerhead wand, allowing the user to switch between having the bath faucet running and the showerhead running.