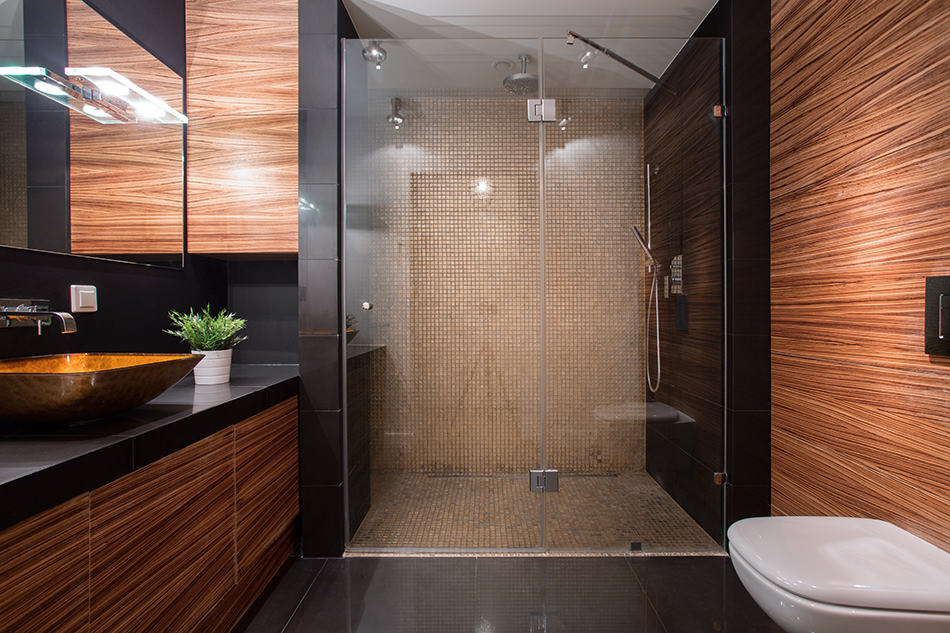 The shower is an important part of every bathroom. The first showers on earth were waterfalls, and ancient people loved to stand under them and have relaxing baths.

Thanks to civilization, now we have indoor plumbing and the most luxurious and comfortable showers. Showers spray water on you while you’re bathing, and they are designed to allow you to choose your preferred temperature for your bathwater, whether tepid, hot, or cold. Although we use a shower daily, most of us are unfamiliar with many shower plumbing components.

Granted, we’ve got plumbers for a reason, but while we must leave the complicated plumbing work to plumbers, not every issue with your shower would require calling a plumber. Not if you know all the parts of your shower and what they’re there for.

The parts of a shower are illustrated by this diagram here and explained in detail in the below sections.

The shower head is the most visible part of the shower. The showerhead, whether it is made of chrome, brass, rubber, or copper, is responsible for releasing a steady stream of water on whoever is having a bath. Small holes in the showerhead spread the water equally, and several models allow bathers to change the flow as needed, altering the stream’s speed and strength.

The showerhead is connected to the water pipes with a steel hose. Showerheads come in a variety of shapes, ranging from the usual circular to square. Their designs have improved a lot because of recent water management regulations. The two main components of showerheads include the arm and escutcheon.

The arm is a tiny metal tube that starts in the pipes and stretches through the wall into the showerhead. This arm acts as a conduit for water to flow through.

As the arm slides into the wall, escutcheons or flanges conceal the hole where the arm goes into the wall. The escutcheon is mostly decorative and helps to give your bathroom a more luxurious look.

Most shower head has a standard height of 80 inches from the floor or the shower tray floor though there are some options that allow you to slide up or down a fixed vertical bar for the desired height.

The shower valve is the shower component that controls the movement of water from the showerhead, spout, or handheld sprayer. They also control the temperature in the shower.

Modern shower valves, when installed properly, makes having a bath a much more relaxing experience by reducing sudden changes in temperature and fluctuations in water pressure. The shower valve is usually located behind the wall, and there are two types of shower valves.

Pressure-balancing shower valves: You know those times when you are having a bath, then someone flushes the toilet elsewhere in the house, and your water pressure goes low? These kinds of shower valves make sure this doesn’t happen again. They also prevent the water temperature from getting too hot. They perform these two functions via one single control.

The shower pan is one of the most noticeable shower plumbing components. When we take a shower, we stand on a marked-out section below the base of the shower; that section is the shower pan. You must be cautious not to let the shower pan leak or else, this leak will eventually lead to rusting on the floor.

Leaks from the shower pan must be fixed by a professional as soon as possible.  Shower pans could be made out of a variety of materials. The majority of shower pans are made of Chloraloy, a lightweight rubber layer that is bound together with concrete that is identical to PVC cement.

Water supply pipes are usually galvanized steel in older houses.  If your older home has been renovated, then you probably have copper water supply pipes. If your water level has dropped over time, it’s more definitely due to sediment from decay in the pipes, and you should look into getting them replaced.

Copper is still the most common option of pipe material, but CPVC plastic or PEX pipes and fixtures are gaining popularity every year due to their low cost and the ease with which you can install them. Water supply pipes are usually smaller than drain pipes.

It is the job of the drain system to get rid of any wastewater in the shower. In newer homes, drains are made with PVC plastic, while in older homes, you’ll still find drains made with galvanized steel. The parts of a drain include:

The drain tailpiece: This is a pipe typically made of chromed brass or plastic that seals the pipe inside the hole at the bottom of the shower pan. They are water-tight.

Drain P-trap: This part of the shower strainer is designed to protect your bathroom from sewage gases. It traps lingering water and can be opened and emptied in the event of a drain blockage.

The trap arm: At the end of the P-trap, you’ll find the trap arm. It is a short-level pipe that slightly slopes downwards.

The shower cartridge is the component of the shower plumbing system that regulates temperature and capacity. It goes back and forth as the shower trigger is pulled. It opens the cold and hot water faucets.

This is the hose that connects the tub to the shower outlet. It can be stretched to give you some control over the water flow.

This is a pipe that carries and removes waste from the home.