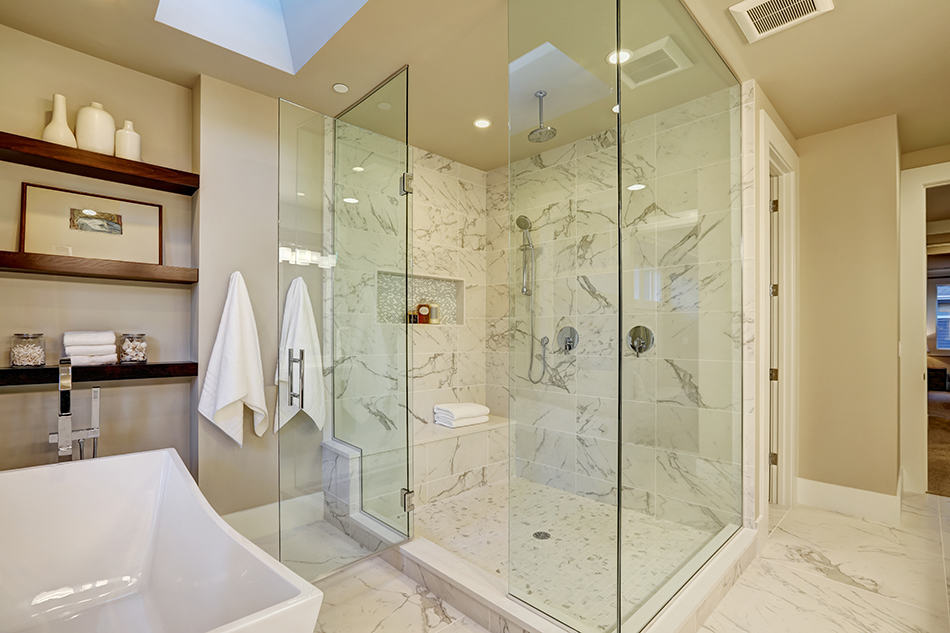 A lot of homeowners opt for a standalone shower in their bathroom. The good news is that there are several ways to create one in your bathroom. However, it is vital that you understand the several parts of a shower area, including the shower curb.

Keep in mind that most shower areas require a curb to prevent water from going into the bathroom floor, which may cause moisture damage. For this reason, you have to follow the required height according to the building codes when building a shower curb. So, what is the required shower curb height?

What is a Shower Curb?

A shower curb is a border installed between the bathroom floor and the base of a shower pan. Typically, it is made of concrete or wood, but it can also be made of rubber. Additionally, a shower curb can also be bought or built, depending on your preferences.

As mentioned, a shower curb is your first line of defense against water damage. As such, it must be built according to the building code regulations. By doing this, you can ensure that your shower curb will be functional and long-lasting. 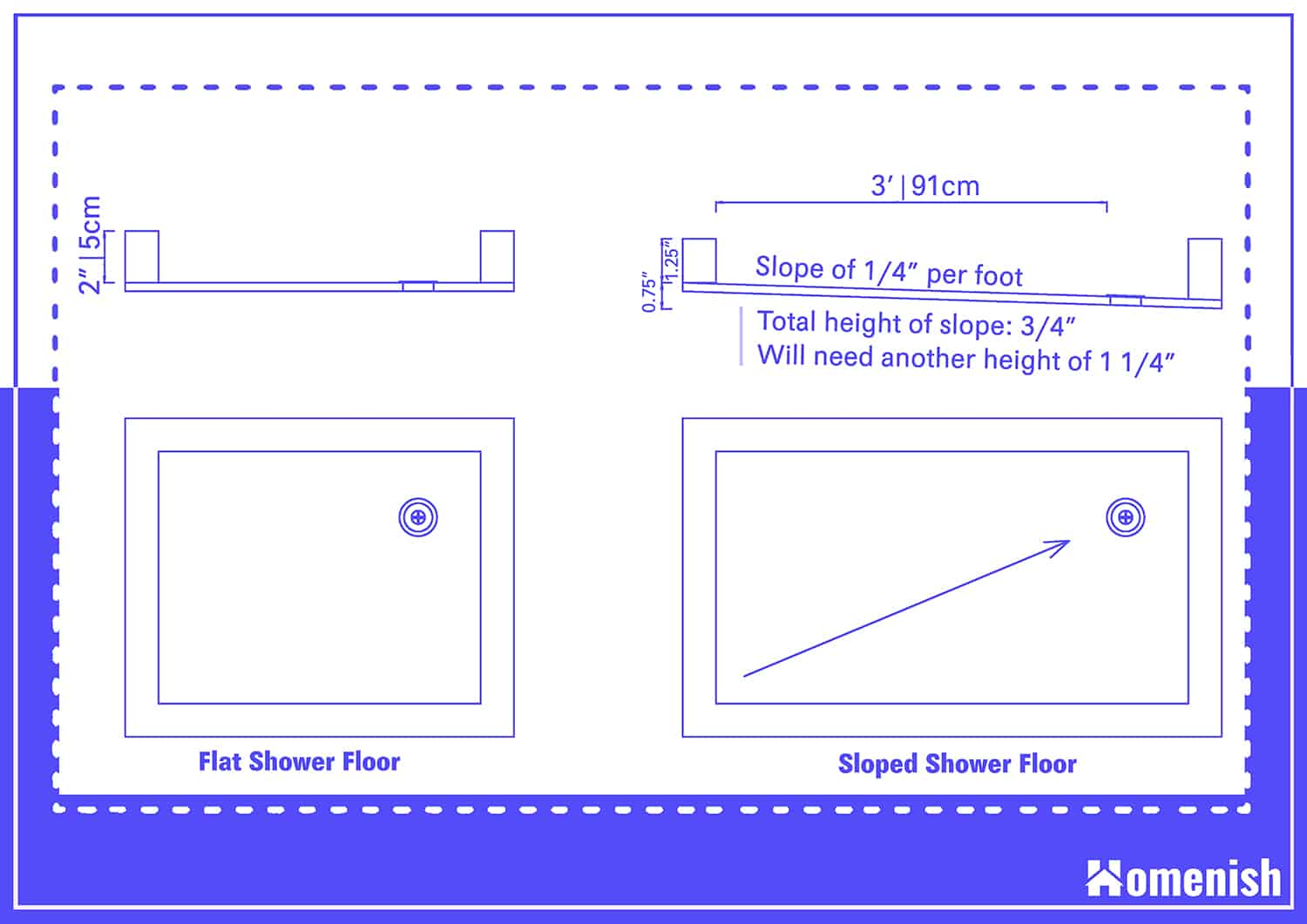 In the United States, the building codes require that the shower curb height must be at least two inches, starting from the top of the drain. Achieving this height requirement is easy, especially if there is enough slope that builds towards the drain.

Keep in mind that the height requirement doesn’t mean that you have to build a two-inch shower curb. This is especially true if your shower floor is sloped down the drain.

For example, your curb is about three feet away from your drain, and your shower floor has a slope that covers 1/4 inch per foot. As such, there is already a height of about 3/4 inches. If this is the case, you only need to construct a shower curb with a height of 1 1/4 inches.

To ensure that you’re following the shower curb height requirement, you can consult a local inspector before building your shower room.

Purpose of a Shower Curb Height

As mentioned, a shower curb is necessary to prevent water damage. To be specific, it prevents the water from seeping into your bathroom floor, which may cause future moisture damage. Plus, wet tiles are slippery; thus, a shower curb can also help prevent accidents.

Even though the water goes into the drain, you still need a shower curb. Remember, there may be instances when clogging may occur. For example, a washcloth may fall on top of the drain.

Hair is another common material that can block the drain. When your drainage is clogged, a lot of water can accumulate in your shower area. As such, a shower curb can prevent the water from going to your bathroom floor.

How to Waterproof a Shower Curb?

If you’re installing a premade shower stall, you don’t have to make your own shower curb because it is already incorporated into the design. However, if you’re building the shower room yourself, constructing a shower curb is necessary.

As mentioned, a shower curb can be made of wood or concrete. Typically, most homeowners opt for solid lumber strips that are pressure-treated because they are strong and resilient.

After making a wooden curb, a moisture barrier is applied to prevent water from seeping into the wood. Remember, rotting may occur once water is able to seep into the wood. Ideally, a liquid membrane or a PVC pan sheeting or liner are great choices you can use as a moisture barrier. Aside from that, you can also add a layer of cement to the wooden curb. However, you still need to apply a layer of moisture-resistant over the curb.

When building a shower curb, you may be tempted to use a four by four piece of lumber. However, builders don’t recommend doing this method because the lumber may warp after some time.

Instead, you can use one by four or two by four strips of plywood and build them until you meet the required shower curb height. Remember, small pieces of wood are ideal because the forces are evenly distributed throughout the whole curb. Plus, they can deal with structural fatigue better than a large piece of wood.

If you don’t want to build a shower curb, you can also purchase a pre-manufactured shower curb. In fact, buying one is a great option because it will make your job easier and faster. Plus, it can provide better protection.

A curbless shower, or zero entry shower, is a good idea for those with mobility, knee, and hip problems. If you’re going to opt for this option, you have to consult your local building inspector so that you can learn the requirements needed when building curbless showers.

In terms of curbless shower rooms, a sloped floor is key. Aside from that, this type of shower room will involve a structural drop; thus, you need to plan early, especially if you want to construct this type of shower area. Additionally, you also have to include a moisture barrier just in case water accumulation occurs. Lastly, careful tiling should also be applied when building a curbless shower.

All in all, the required shower curb height is at least two inches from the top of the drain. Ideally, your shower curb should be sealed and waterproofed so that it can function properly. Plus, a moisture barrier can also ensure that the curb is durable and long-lasting. Usually, shower curbs are required in most shower rooms.

However, if there are individuals in your home with knee, hip, or mobility problems, opting for a curbless shower is a better option. The reason is that it provides more space. Aside from that, it will also allow the disabled person to access the shower with ease. When building a curbless shower, you must consult your local building inspector to know the different designs and requirements. 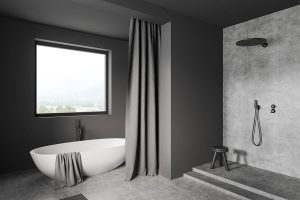 What Color Shower Curtains for a Gray Bathroom [13 Modern Options] 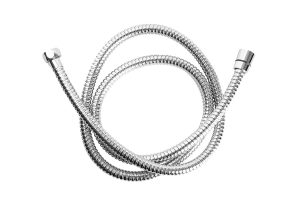 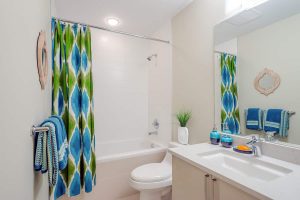 How High Do You Hang a Shower Curtain? 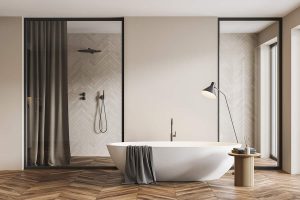 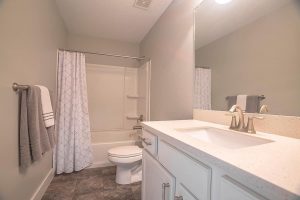 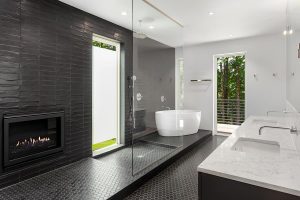