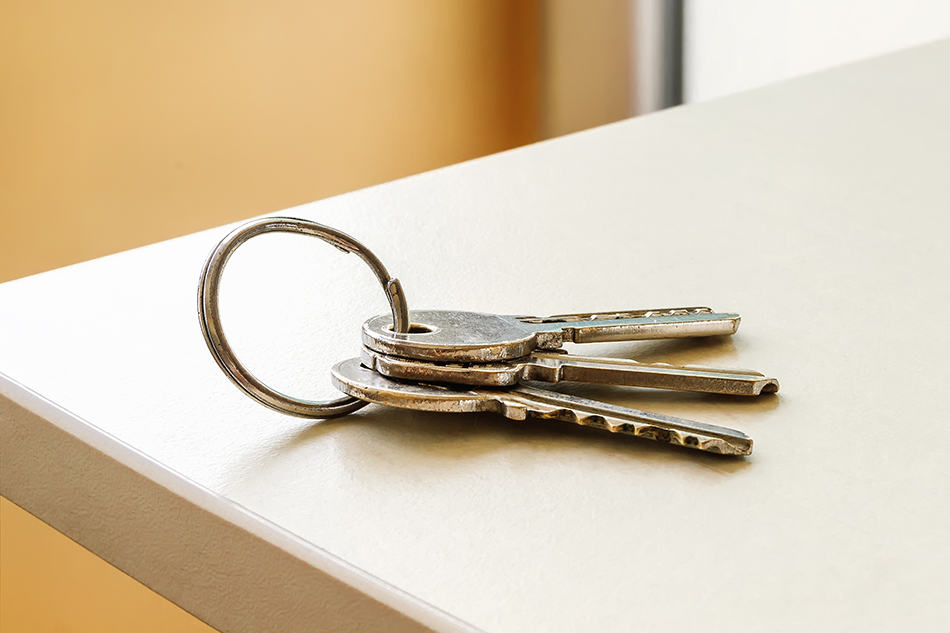 A key is a physical device used to open the furniture & door lock. Internal elements of a lock are aligned as keys are inserted, causing the lock to unlock. Instead of manipulating physical components, keys in electronic locks can convey data electronically. To discourage illegal key blank processing, certain key types are patent secured.

Keys also became symbols of information, strength, duty, and trust as a result of their use. Keys have appeared in numerous works of art and literature across history, especially in religious works. Two examples are the papal insignia and the St. Peter symbol.

We put together a great custom diagram showcasing the anatomy of a key here.

This is the part of the key that communicates directly with the insides of the key. Internal elements can be shifted to various locations thanks to cuts in the bitting.

This is the key’s shaft, which comprises the wards, bitting, and cuts.

The handle on which the key is turned. The lock manufacturer’s emblem, keyway style, and key codes are commonly found here. Bows are usually proprietary, meaning keys can be easily linked to specific suppliers.

The part of the key that you grip before putting it into the lock is called the bow. The bow’s shape varies from lock to lock, and it’s also used to identify the lock’s and key’s opening method.

Characters engraved on the key’s bow indicate the cut depths of the key or the product of the keyway. To make key duplication easier, certain keys stamp the actual bitting code on the bow. Others misrepresent the message, necessitating the use of apps or a codebook to decode the biting code. Direct and indirect key codes are the terms for these two types of codes.

These are the cuts made on the key’s bitting. Cuts are used to connect the furniture or door lock’s internal parts, enabling the key to initiate the locking mechanism and open it.

The key cuts are extremely important. The main cuts are ranged and formed to the depth required to transform the cylinder. The dimensions and heights of these spaces and depths are determined by the kind of lock you are using.

The appearance of the key formed by the blade and the wards is known as the keyway. This is the opposite of the lock’s keyway.

The component of the key that links the bow to the blade is called the shoulder. The shoulder is capable of preventing the key from being inserted even further, causing the cuts in the lock to be correctly positioned.

This is the opposite end of the key to the bow. Rather than using the shoulder, certain locks also use the tip of the key to aligning cuts. The key’s tip should resemble a ramp, with a smooth surface and an inclined angle.

The tip of the key is being used to lift the pins, and the design makes it easy to mount the key. It would be impossible to insert if the tip was flat and blunt since it would not enter the first pin.

The blade of the key is distorted to keep it from being used in a lock that has a particular keyway. This is the key method of defense for warded locks.