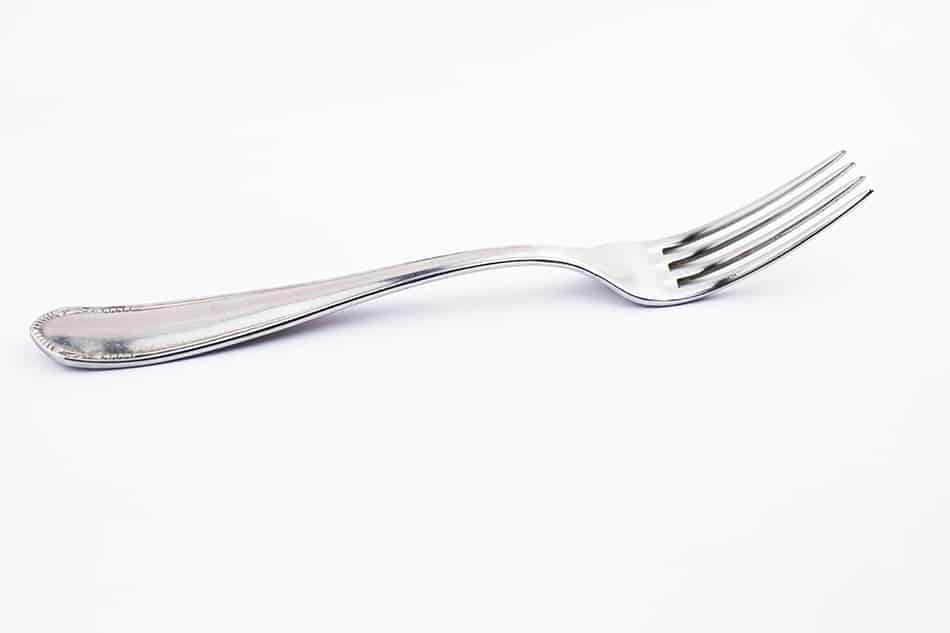 The fork is something we’ve been using since we were kids. You may have used it countless times before, but do you know it has seven parts?

Yes, you read it right- the diminutive fork has seven parts. This is just one of the interesting things about this utensil. Continue reading to know more about the fork, its history, and its parts.

History of the Fork

Compared to the spoon and the knife, the fork is relatively younger. The knife, for instance, is derived from the oldest human tool, the hand ax. The spoon came when humans learned to scoop up liquid. However, the knife wasn’t known in the ancient Greek civilization, where people mostly used spoons along with their hands.

It is believed that the earliest use of the fork was during the Roman Empire, thanks to its advanced metallurgy industry. The name fork is said to originate from the Latin word furca, which means pitchfork.

But it wasn’t until the year 1000 A.D. when the first mention of a fork was recorded in Venice, Italy. It was said to be a tool used as a cutting aid. It is also possible that the first pasta, which was created sometime in the 11th century, was eastern with the use of a fork.

During the Middle Ages, the fork had two prongs, as mentioned or cited in many inventories of French royalties. One legend has it that French King Henry III discovered it during one of his trips to Venice.

He was impressed that it helped him in eating while wearing ruffled collars, which were fashionable during that period. He then adapted it for personal use.

It was only during the 17th and 18th centuries when the fork acquired its current look. The individual fork, in particular, first had three prongs before eventually having four (more on that later in this article.

Parts of a Fork 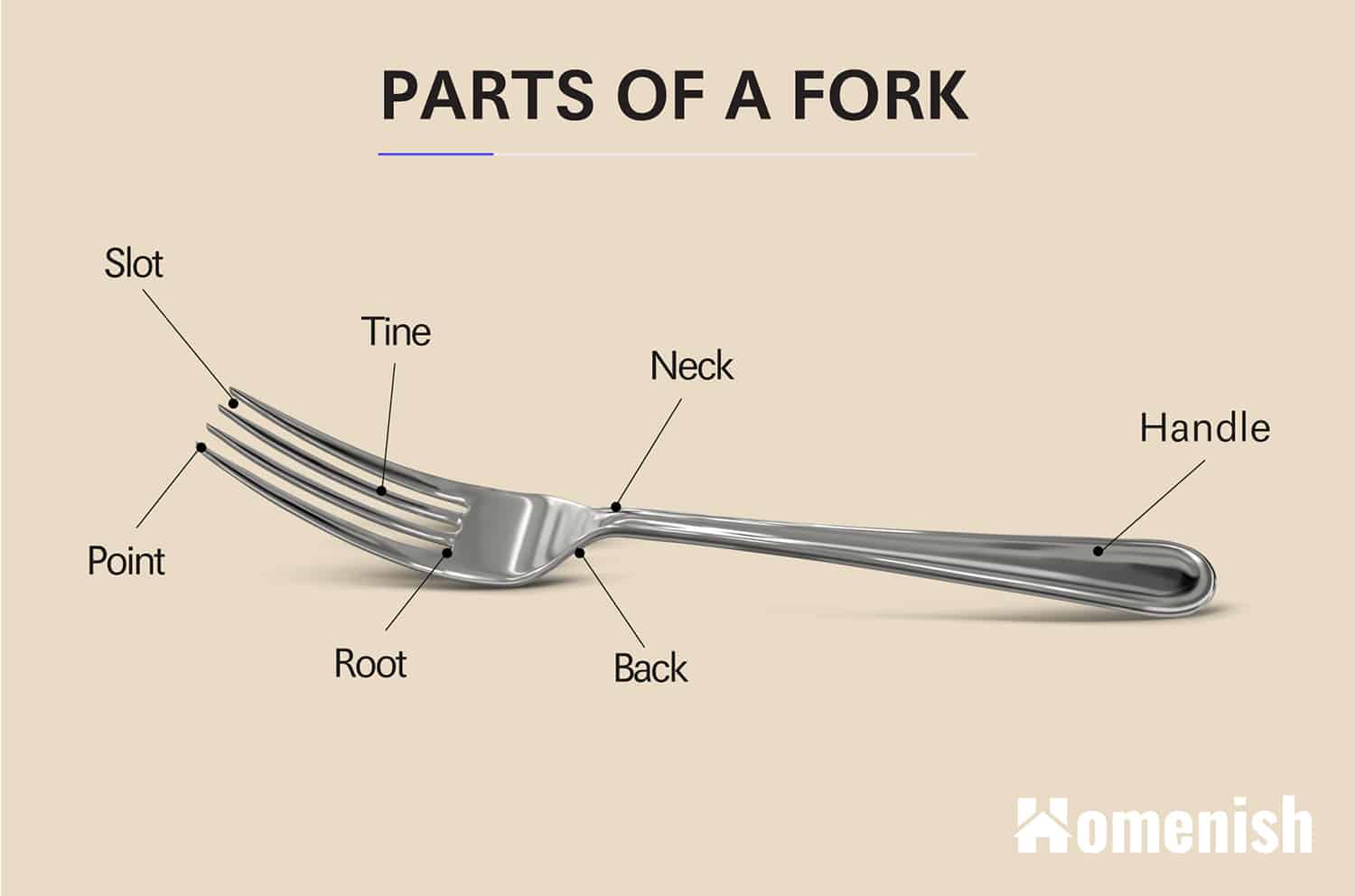 There are various types of forks, but, as mentioned earlier, there are typically seven parts of a fork.

Perhaps the part that many of us are familiar with is the handle. This is the metal or wood part of the fork which you hold on to in order to handle the utensil.

The tine is the pointed or elongated prong on a fork.

Its tip is called the point. It is also the part of the fork that we use in spearing food.

The space between two tines is called a slot.

The closed end of the slot is referred to as the root.

The curved part of the fork is called the back. It connects the tines to the handle.

The neck is the part of the fork which widens from the handle to the tines.

The number of tines differs depending on the type of fork. Some fork types have two; others have three or four. Most forks, though, have four tines.

In the past, most forks only had two tines, but many diners complained about using them because they’d accidentally hurt themselves using those forks. This led fork manufacturers to experiment with different numbers of fork tines. Eventually, four became the most practical number of tines in a fork.

The fork is one of the utensils that we tend to overlook, but as you have discovered after reading this article, it is packed in history. It also has different parts that can differentiate one fork type from another.