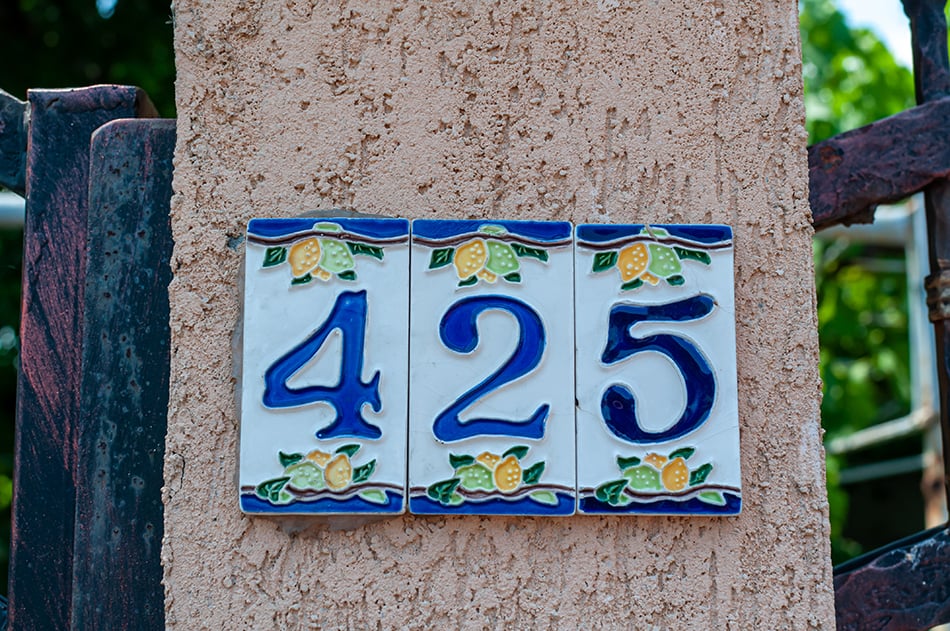 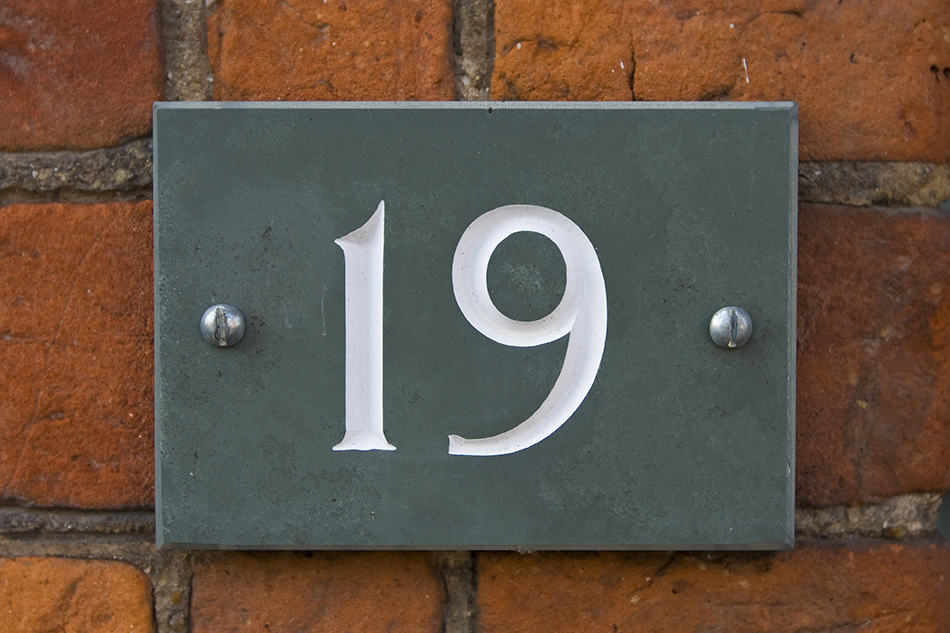 In the United States, the ‘street number’ might refer to the actual number of the street, for example, ’14th Street’. This street naming is common in big cities such as New York City, where there are a lot of streets close together in a grid shape, and numbering them rather than naming them seemed like a more sensible option.

This practice of numbering streets was first developed by Pierre Charles L’Enfant in Washington, and though it’s most popular in the US, this way of numbering streets has also been adopted around the world in countries such as Canada, Hong Kong, and the United Arab Emirates. However, when most people refer to a street number they are referring to the number of the building on any given street, for example, ’25 Main Street’.

In your address, the street number will precede any other information, and it can also be known as the ‘house number’ or ‘building number.’ The standard address format for most homes is for a number to be followed by the street name, for example, ‘115 Captain Street’. This numbering system is used to locate your exact property, and so it may come in a different format depending on the type of property you live in. If you live in an apartment building then the building will usually have a number, and your specific apartment could be designated a number or a letter.

Some common formats for this situation are to list the apartment number first, and then the building or street number, for example, ‘Apartment 2, 515 George Street.’ The alternative is to give each apartment a letter, which will follow the building number, for example ‘515b George Street’. The practice of giving a property a letter rather than a number is most commonly used for smaller apartment blocks, or in the instance where one house will have been renovated to create two apartments, in which case you might just have ’10a High Street’ and ’10b High Street’.

On any given street the numbers of the buildings will be in a consecutive order to make finding an address easier. For example, if you’re looking for street number 85 and you’re at a point in the street where you can see numbers 52, 53, and 54, you’ll know that to get to 85 you need to keep following the numbers in an ascending direction. In some places, the numbers will be designated in slightly different ways. In most European locations the street numbers are designated in consecutive order, but with even numbers on one side of the road and odd numbers on the opposite side. In this system, you would know that if you are looking for an odd street number then you should always be looking on the left side of a road, and for an odd number, you’ll need to look on the right side of the road. Some other areas of the world have also adopted this way to designate street numbers, including Australia.

Not all buildings have numbers, and instead, opt to have a name. An example of this might be ‘The Old Rectory, Main Street.’ This is common for larger or more distinguished properties, especially in rural hamlets in Europe. For the purposes of post and organization, they might have both a name and a number, such as ‘Lime House, 22 King Street’. In England, every house must now have a number, and even those with a house name must also include the street number in their postal address. Most commonly though, it is businesses that will have a name to form their postal address rather than a street number, such as ‘New Town Retailers, Bond Street.’

You might expect that street numbers have been in existence for as long as the streets themselves, but that is not the case. Some of the earliest evidence of using street numbers is in the early 1500s in Paris, where properties were designated with a street number to determine property ownership. Later, in the early 1700s, street numbers were used in England to help with the organization of postal deliveries. Towards the latter half of the 1700’s various areas across Europe began to designate house numbers on a large scale to trace troops who were residing in civilian properties. Today, street numbers are predominantly used to define a property’s exact geographical location, most often for the purposes of delivering mail. However, we also use street numbers for tax purposes, and to identify property ownership. 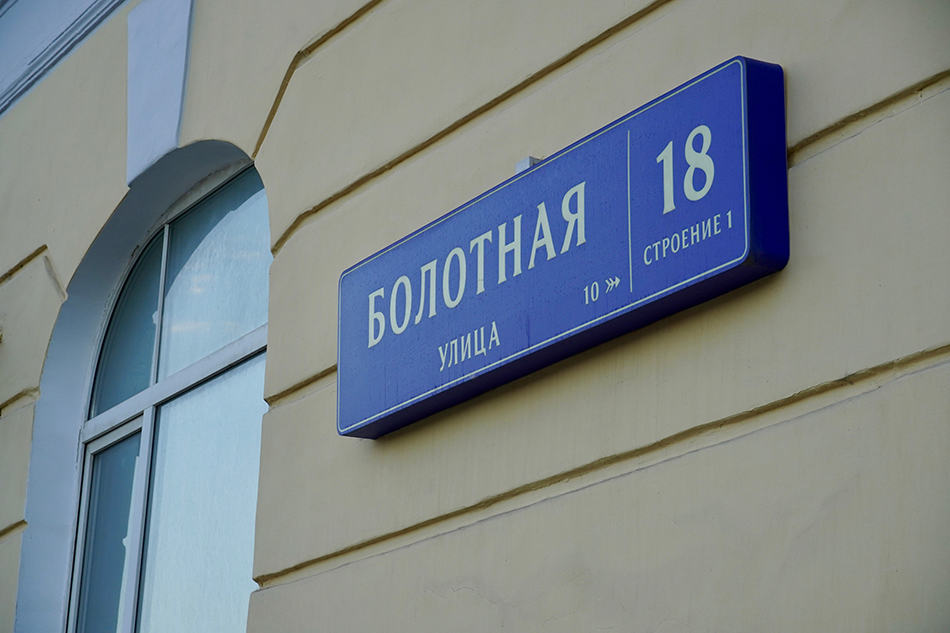 While your street number and name might be enough for someone local to your area to locate you, a full address will contain all of the details anyone would need to locate your exact position in the world. In most places, this will include a street number or house number, the street name, the name of the city or town, the state or province, the country, and the zip code or postcode.

Postal systems have become so advanced that in many cases, your property can be tracked down by just using your street number and postal code/ zip code. The zip code will be a collection of numbers and letters and will be unique to your street or area. The postal code in the USA is called the zip code, but other areas of the world have different names for it, for example, it is the ‘Eircode’ in Ireland, the ‘PIN’ in India, and the ‘post code’ in most English-speaking countries.

The province in an address refers to an area or territory which is recognized as such for administrative purposes. In some countries, a province can be self-governed, while in others it may simply be created by the central government for the sake of ease. The province in an address will also have different names throughout the world. In the US, this is called the ‘state,’ in Japan, it is the ‘prefecture,’ and in the UK, it is the ‘county.’

Many parts of the world recommend writing the country in capital letters when using it as part of a postal address. There are some parts of the world where the address is not formatted in the sequence described above, for example, much of Europe will list the postal code before the name of the town or city, while many parts of East Asia list the least specific part of the address first, followed by increasingly more specific information, for example, the country will be listed first,  and the final line of the address will be the house number and street name.

Today, we most commonly use our address to direct mail to our homes. When purchasing items online they may get sent from the other side of the country or even across the globe, so having a full postal address will ensure that your order ends up exactly where you want it to.

Addresses are also important details to give to family and friends who don’t live nearby so that they are able to locate us for visits. While you might once have used a physical map to find an address, these days you will more likely input an address into a GPS, or into an app on your smartphone. This will pinpoint an exact location using the given address, and create a route to get you from any position to your intended address. Addresses are also used by governments to help for census and taxation purposes, and also by insurance companies who use address information and statistics to help set prices.