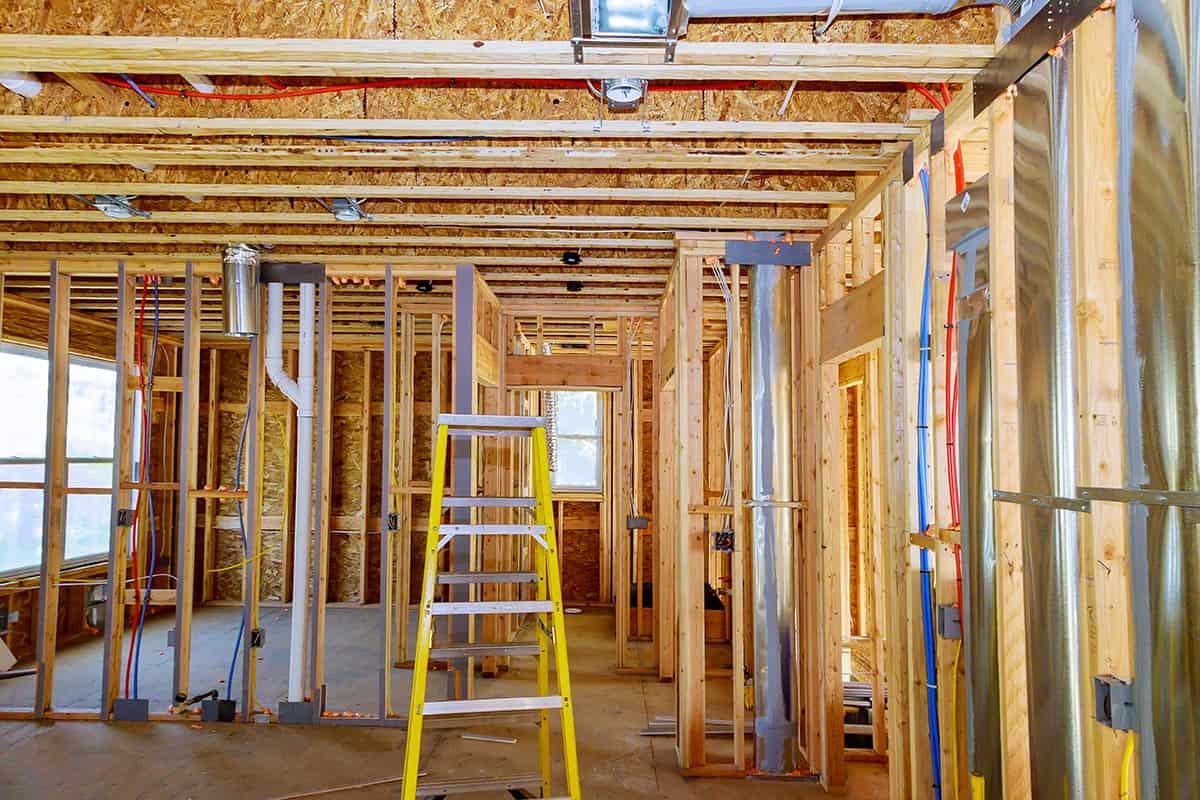 The rough-in plumbing cost for the whole bathroom is about between $2000 to $5000. Factors that may affect the cost include the bathroom size, fixture numbers, your location, the reputation and experience of your plumber.

What is Rough-In Plumbing? 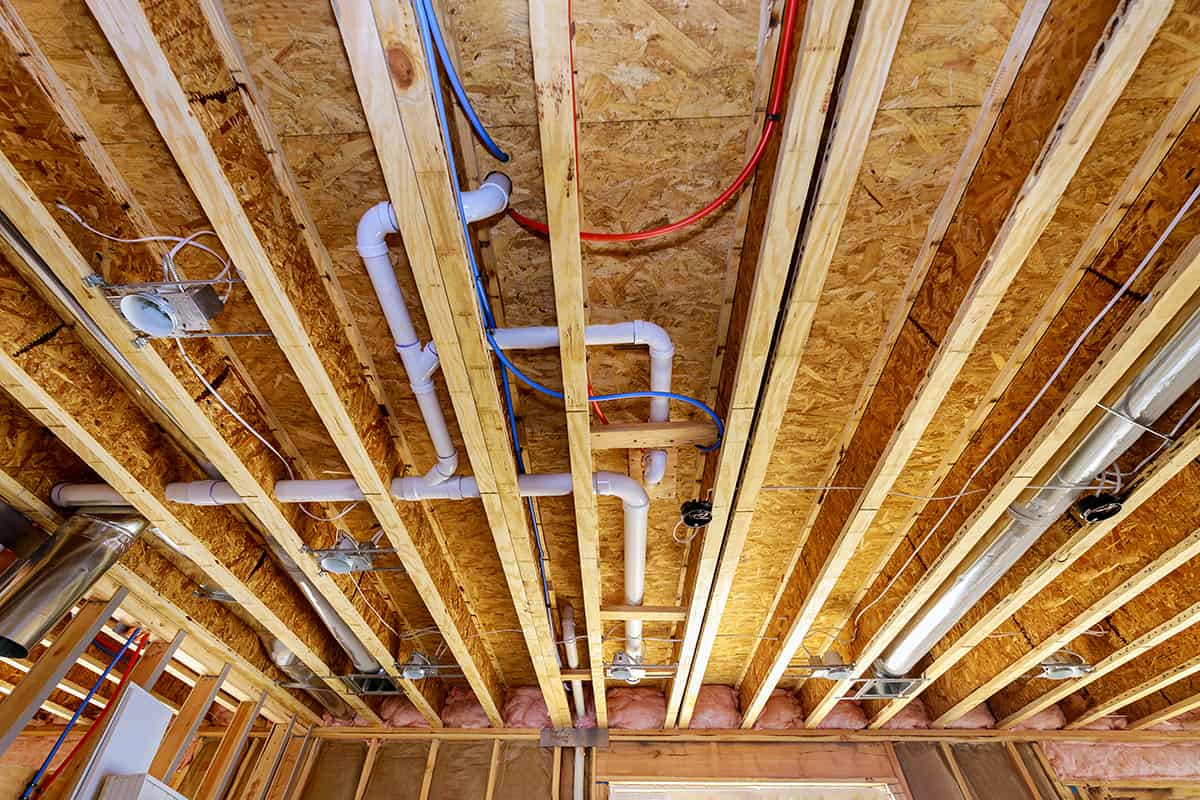 Rough-in plumbing is essentially all of the preparation work that needs to be done before the final fixtures can be installed, such as the sinks and faucets. Rough-in plumbing will involve making sure that all the water supply lines and drain pipes are where they need to be and connected in the necessary places.

These will also be situated in the correct places through stud walls and framing, ready for fixtures to be fitted. Although rough-in plumbing may not look like much is being achieved, it is an absolutely essential part of home renovations, and it’s vital that it is done correctly to a high standard.

Your new shiny bathroom will not be much use if there are leaking pipes or the hot water faucet only runs cold. Rough-in plumbing can be quite expensive, and many homeowners will not understand why.

The reason is that although your renovation won’t seem to be making much progress, this is because roughing in the plumbing can be complex and time-consuming. This is where the hard graft is put in so that fitting the final fixtures is a quick and easy job.

The cost of rough-in plumbing will vary enormously depending on what work you need to be completed. In a total bathroom remodel where you want to move the toilet from one side of the room to the other, for example, this is going to be costly because it will involve a lot of work, time, and expertise.

However, for the simple job of roughing in plumbing for a new dishwasher, you would be looking at a much smaller final bill.

On average, the cost of rough-in plumbing for a whole bathroom ranges from $2000 to $5000 nationwide. The size of the bathroom and the number of fixtures you plan to have will play a big part in dictating the final cost, but other factors such as your location and the reputation and experience of your plumber will also be relevant to the cost.

The minimum you could hope to be charged for the rough-in plumbing of one bathroom is $1500, while prices can go as high as $15,000 for larger and more complex projects. If you are building a new home and need the whole house to be roughed in, then this will typically cost between $8000 and $12000 for a 2000 square foot home with two or three bathrooms.

Larger properties with more bathrooms will exceed this estimation, while smaller properties with fewer bathrooms may get a smaller final bill. Always be sure to get a clear, written quote from your plumber before you allow them to embark on any work, as costs can vary so much you don’t want to be hit with an unexpectedly large bill once the job has been completed.

If you are having a new fixture added to your home, for example, you want to add a shower unit into your downstairs toilet, then you will be looking at a single-fitting rough-in plumbing fee.

You should also remember that it is not just bathroom equipment that needs rough-in plumbing work before it can be installed, but any fittings that require water or drainage, such as washing machines and dishwashers. Here we look at the typical costs of having rough-in plumbing completed for a single item.

If you are adding a new laundry room onto your home, then you’ll need the plumbing moved from your current location, such as the kitchen, to its new site in the laundry room. This rough-in plumbing will typically cost between $400 and $1700.

The distance you need the plumbing moving, as well as the distance between the washing machine and the outside drain, will affect the total price. The more complex the job is, the more time it will take, and the more you can expect to be charged.

Having water lines installed for a water heater in a new build property will cost between $600 and $1800 in most instances.

If you want rough-in plumbing completed for a new home, or you need plumbing installed for a dishwasher in an existing property, then this is typically going to cost between $400 and $600.

A dishwasher is usually fitted in a kitchen where there will already be pipework for the sink and faucet, so there should not be too much distance to cover or work involved to get the plumbing ready for a dishwasher.

The average cost of having rough-in plumbing installed in a kitchen for a double sink and faucet is between $400 and $600.

If you have an older home, then it may be that you need the plumbing replaced instead of having original rough-in plumbing work completed. Replacement plumbing is often needed in homes that were built more than 50 years ago because older pipes can corrode or become cracked and damaged over time.

The size of your property is going to affect the cost, with larger homes costing more to re-plumb, but the distances between bathrooms, kitchens, and laundry rooms in the house will also factor in. The material you decide to use for your new plumbing will also affect the final cost since some types of pipes are more expensive than others. 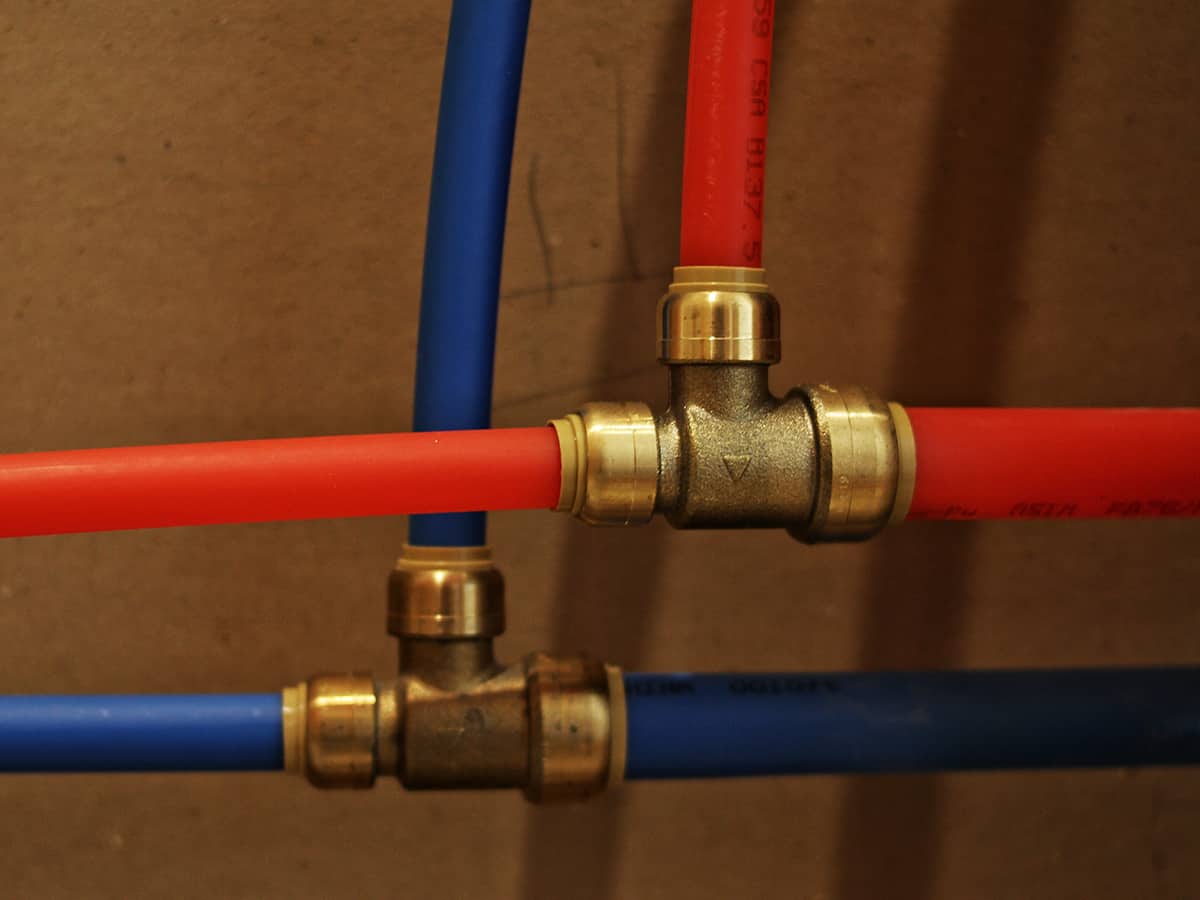 Re-plumbing a house with PEX tubing will cost around $0.40 to $0.50 per linear foot. This means for a house which is 2000 square feet, you can expect to pay between $2000 and $4000 for re-plumbing with this material. This is a relatively new type of plastic piping that has been used in residential plumbing for around a decade.

It is believed to be safe; however, the long-term effects of consuming water that has traveled through plastic pipes are yet to be known, so some people prefer to stick with more expensive metal pipes for this reason.

One of the main benefits of PEX tubing is that it is much cheaper to buy compared with copper pipe, which is the standard alternative to plastic pipes in plumbing.

However, PEX does come with other benefits. It is flexible and therefore tends to be easier to install compared with metal pipes, and the flexibility also means that PEX pipes won’t crack if the water inside them freezes; instead, they will expand a little.

PEX tubing will not corrode, and it is suitable for use in both cold and hot water lines. When using PEX tubing to re-plumb a house, the tube can be snaked behind drywall which means less mess and damage will be created, and less refinishing work will be needed, which will keep costs down.

One of the drawbacks of PEX tubing is that it is vulnerable to UV light and will break down over time. For this reason, it should not be used outside. Another disadvantage with this tubing is that rodents are able to chew through it, which can cause leaks and problems which are inconvenient and potentially expensive to fix. 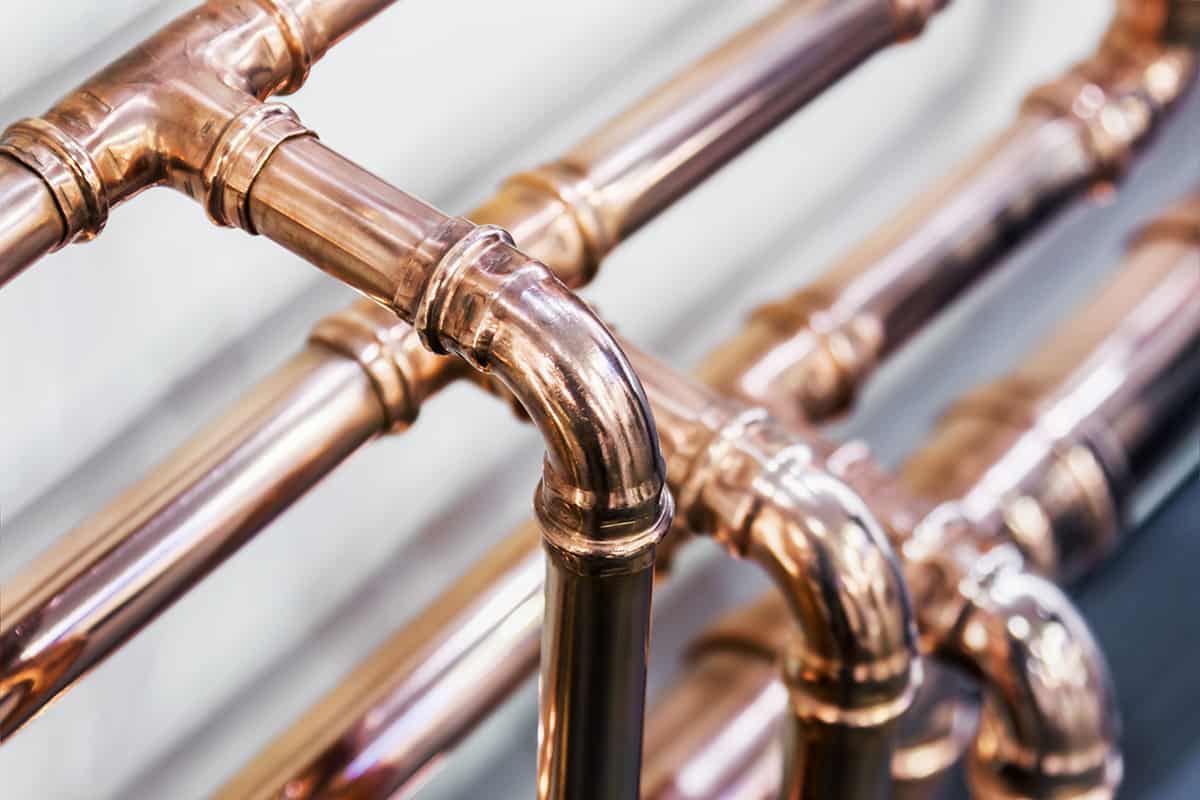 The cost to re-plumb a house using copper pipe is typically between $2 and $3 per linear foot. For a 2000 square foot house, this will mean a total bill of between $8000 and $16000. This is significantly more expensive than using PEX tubing for the same job.

Copper is known to be the best type of metal for use in plumbing. Unlike galvanized steel pipes which were commonly used in the past, copper is resistant to corrosion and, therefore, will not degrade over time.

Compared to other types of metals, copper is quite flexible; however, it is not as flexible as plastic and therefore can be trickier to work with compared to PEX tubing.

Copper pipe is lightweight, so it is easy to transport and carry around job sites, and its low weight also makes it easy to work with. In instances where the pipes are going to be visible once the job is complete, copper pipes are generally considered to be more aesthetically pleasing than plastic pipes.

However, copper can react with acidic water, so if your water is sourced from a well, then copper pipes may not be the best choice. Plastic pipes can be color-coded where copper pipes cannot, and this can be useful for plumbers so they can quickly recognize which pipe is for a hot water line and which is for cold.

An experienced plumber will use a mix of both copper and PEX tubing in a re-plumbing job, as each one is preferable over the other in specific areas, so in most cases, you will end up with a bill that is based on some PEX tubing and some copper pipe replacements.