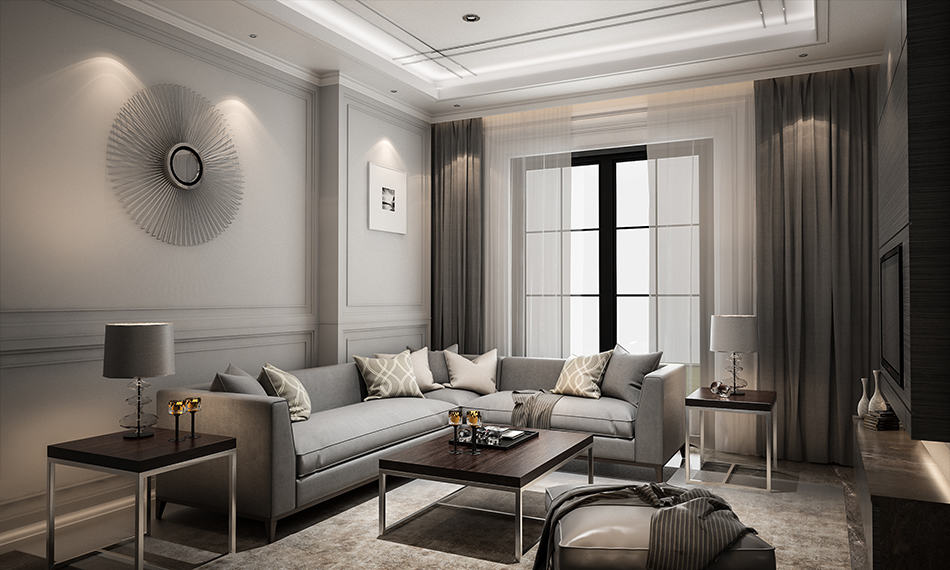 The living room can be considered as the heart of the house. Sure, we don’t sleep nor eat in the living room. But it is where we welcome our guests and entertain our friends and relatives. It is also where we spend most of our time with our family members except for the kitchen. And in terms of decoration, it is in the living room where we hang out with the rest of the family after a long day at work or even during the weekend. 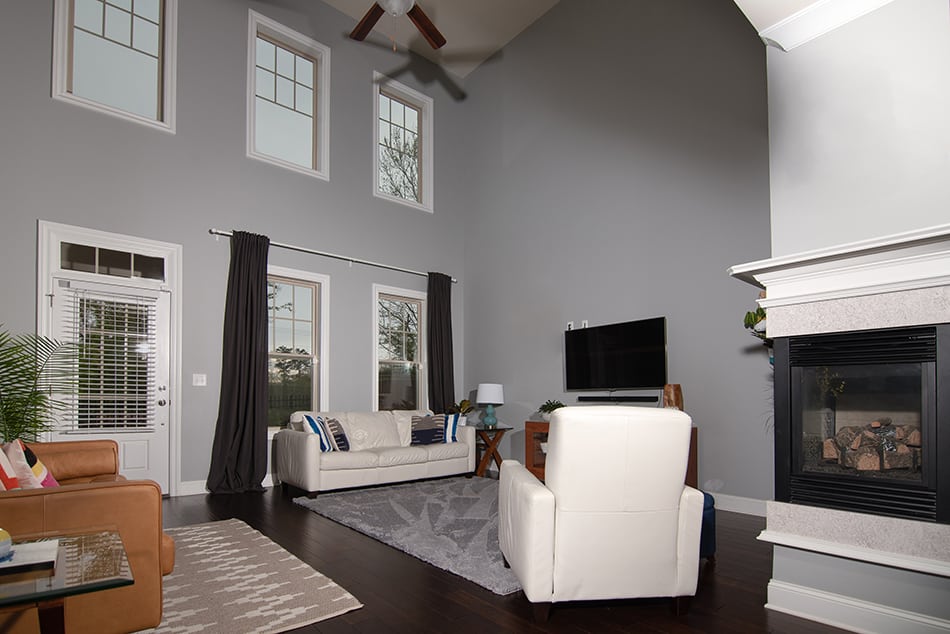 From radios to television sets to DVDs and PlayStations, living rooms in the United States have gone through numerous changes. In the 1930s, radios were the focal points of living rooms. Then it was eventually replaced by the TV before other innovations like video games and home theater systems made their way into the living room.

But one thing hasn’t changed, and that’s the premium that Americans put on their living rooms. And this can be proven by the average size of living rooms in the United States.

Many of the starter homes in the United States are usually of the three-bed, 2-bath, and double garage variety. The sizes of these homes range between 1,200 and 1,500 square feet. In these smaller homes, the living room usually gets a smaller space of about 200 square feet.

Smaller living rooms in the United States are about 7 feet by 10 feet. In this area, you can fit a small two-seater sofa on one side. This may work for people who live with one or two co-habitants. A slightly larger living room with dimensions of 10 x 13 feet would be able to fit two to three people on a sofa that sits behind the wall.

Regardless of the size, the typical living room in American homes doesn’t have a characteristic color. Walls are often finished with wallpaper and supplemented with wooden panels. Most living rooms in the US have a sofa, a couple of chairs, and a coffee table. It’s also common to see living rooms with book and flower shelves. 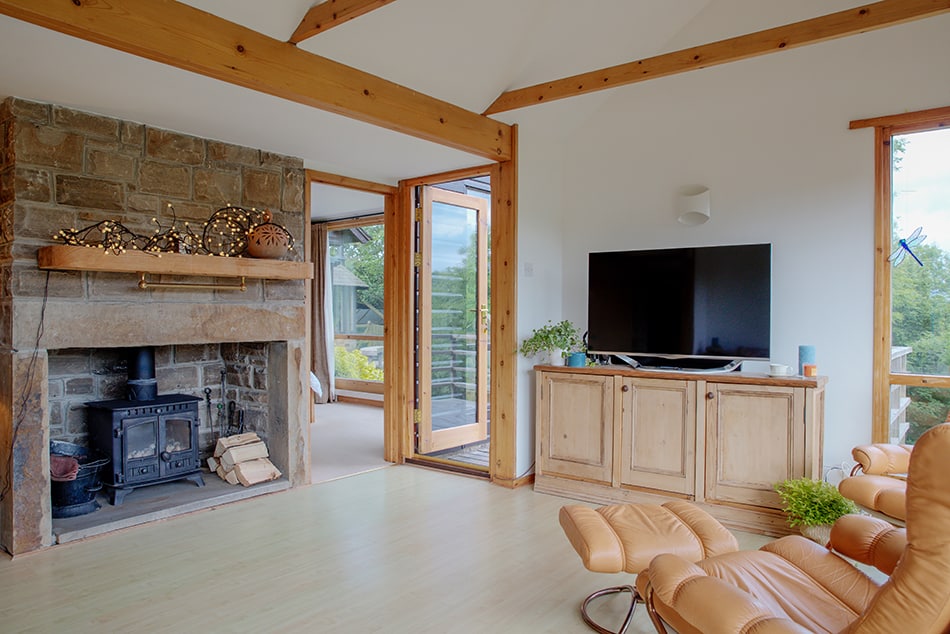 But why are living rooms in English houses decreasing in size?

The same publication pointed out a couple of reasons. One is that developers in the United Kingdom are maximizing the limited building plots in the country by building smaller houses. This ultimately means that living rooms in contemporary homes are a lot smaller in size.

Another explanation is that the United Kingdom is experiencing a growth in affordable houses. Starter homes use fewer resources, and thus, are faster to build and more affordable. It also means that the parts of the new homes like the living room are also smaller compared to older properties.

It should also be noted that homes in the United Kingdom used to be the biggest in all of Europe during the 1980s. 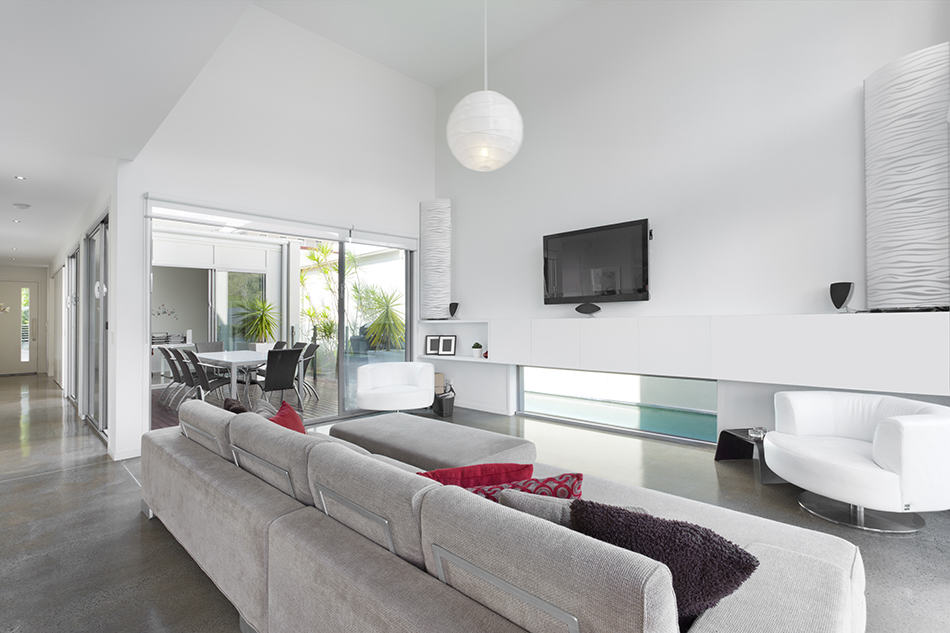 One of the biggest countries in the world in terms of land area, Australia offers tons of space for its residents to build their houses. It’s not surprising that the average living room size in a typical Australian home is 269 square or about 24 square meters. Similar to the United States, the trend in Australia is open-plan living.

And unlike in the United Kingdom, houses in Australia are growing bigger every year. A report by CommSec Home Size Trends says that in 2017 and 2018, the size of new houses was up to 30 percent larger compared to houses built 30 years ago. This makes newly-built houses in Australia rank as one of the largest in the entire world. 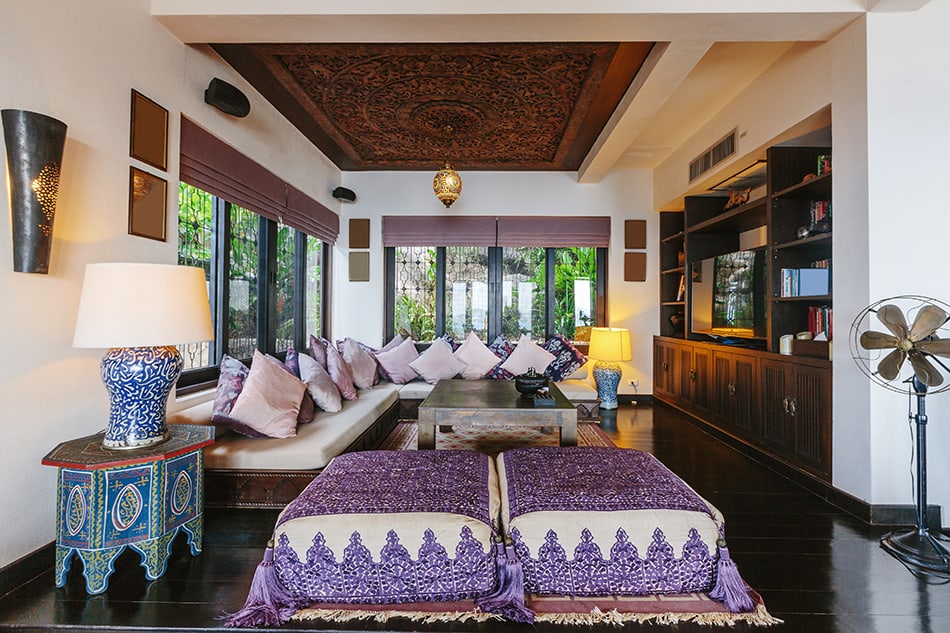 The living room in a typical house in India is usually the largest. After all, it is in this part of the house where the family members gather. It is also used for ceremonial purposes. But the size of a living room may also vary depending on the value, size, and style of the property. 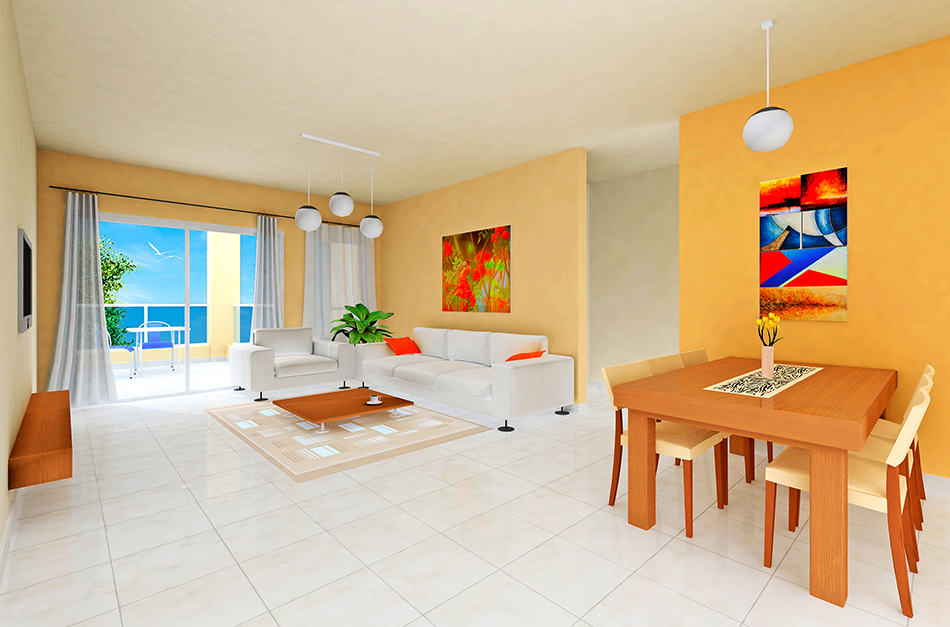 Hong Kong may be a bustling city, but it also has one of the lowest average living areas per capita in the whole world at just 161 square feet. This figure pertains to the amount of living space available in a property per individual living in a household. In Hong Kong, most living areas are also used as a bedroom or kitchen. In subdivided flats, the average living area per capita is a mere 48 square feet. It’s common to see flats with one room and a shared bedroom. 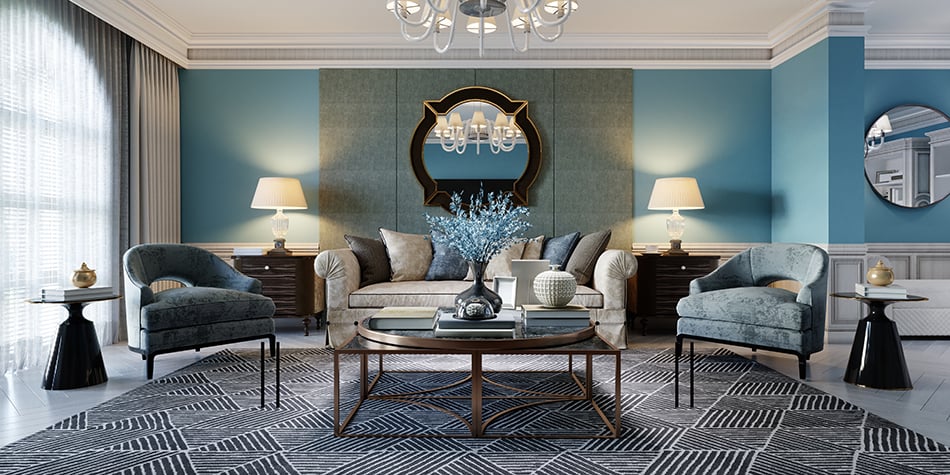 Unlike in most countries, Spain enforces the law on dwelling sizes. The 1944 Order of the Ministry of the Interior lays down minimum conditions for all types of houses regardless of ownership. For example, the minimum dimensions for a newly-built house in Spain are 30 square meters. The net areas within an apartment may be reduced to 24 square meters. 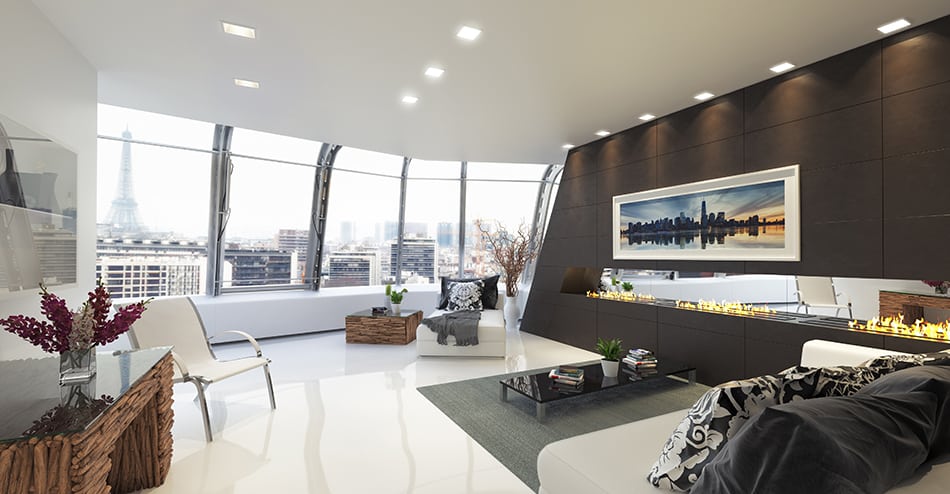 The average living room size in France is slightly bigger than in Spain at 1,216 square feet. The generous amount of space for living rooms in French homes means there are lots of space for decorating and furnishing the area.

French living rooms are known for their chic and wonderfully styled interiors. The French like to showcase their history in living rooms and to decorate their living spaces with gold accents.

On the other hand, homebuyers in the United Kingdom won’t be able to enjoy the same because the average home sizes in the country are sinking. Houses in the UK are getting smaller, and this means that the average living rooms in the said country are now smaller compared to what was once before. The United Kingdom now offers the smallest houses in terms of average size in all of Europe.

Another contrast to the United States and Australia in Hong Kong, where space is at a premium. Although Hong Kong is one highly urbanized territory, its small land area means there isn’t a lot of space for residents to build large houses. Many Australians and Americans would be shocked at how small the living spaces in Hong Kong are.

In India, Spain, and France, living rooms are a lot bigger because of their culture and laws. The people of India regard their living room as a multi-functional space. Meanwhile, the laws in Spain require a minimum amount of space for any dwelling.

Regardless of the size, the living room remains an integral part of any home in any part of the world.