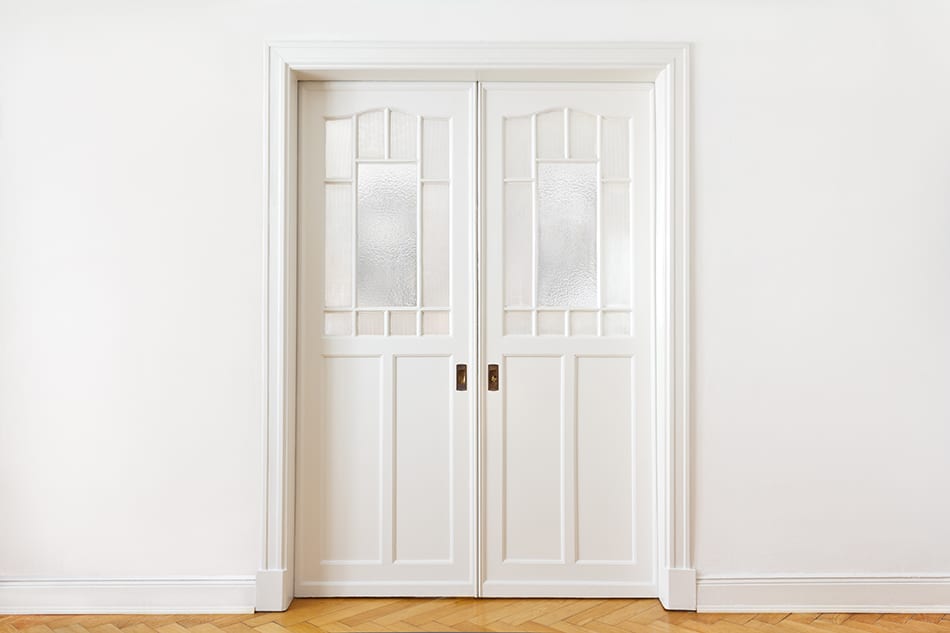 Pocket doors are a good solution for doorways in many situations, for example, to close off a room occasionally but allow continuity and connection between rooms when the doors are open.

However, they aren’t for everyone, and if you’ve moved into a home with pocket doors you aren’t a fan of, you might be wondering what you can replace them with. Here we discuss the advantages and disadvantages and uncover the alternatives to pocket doors.

What is a Pocket Door?

A pocket door is a door that opens and closes by sliding on a rail system. When it is fully opened, the pocket door will be invisible because it slides into a ‘pocket’ opening in the wall.

Pocket doors can run on rails fitted to the floor, or they can be suspended from an overhead track fitted to the top of the doorframe.

Pros of a Pocket Door

There are a wide variety of pocket door dimensions to choose from, and most require absolutely no clearance at all to open the doors, as they simply slide away into a hidden compartment in the wall.

This is a great way to maximize space and prevent the door from becoming an inconvenience in a room. Small rooms especially can benefit from the lack of clearance needed by pocket doors, such as walk-in closets, pantries, and children’s bedrooms.

When open, a standard door will open back onto a wall, effectively cutting off that part of the room and preventing you from being able to use that wall. Pocket doors open in a way that doesn’t take up any wall space, so you can utilize that wall by putting furniture against it or hanging a mirror or artwork.

Pocket doors have a sophistication to them that makes them very appealing in some situations, such as creating a divider between a dining room and a living room. The way that they glide effortlessly makes them seem very elegant and streamlined.

Cons of a Pocket Door

Some people have a dislike for pocket doors because they have a habit of going wrong. The doors are attached to a rail, either overhead or on the floor, and can come loose, which makes them wobble and feel unstable.

Sometimes the doors can completely come off the tracks and have to be repositioned. The wheels on the tracks can become jammed or can get noisy over time and make squeaking sounds.

The walls which the pocket doors disappear into will not contain any studs in order for the pocket door to fit inside it. This means the wall will simply be a frame covered by drywall, which can make for a weak construction.

Pocket doors themselves are not particularly expensive, but the installation cost can be high because it is quite involved. Installing pocket doors will require opening up the walls and altering their structure, which can make it a tricky and expensive job. 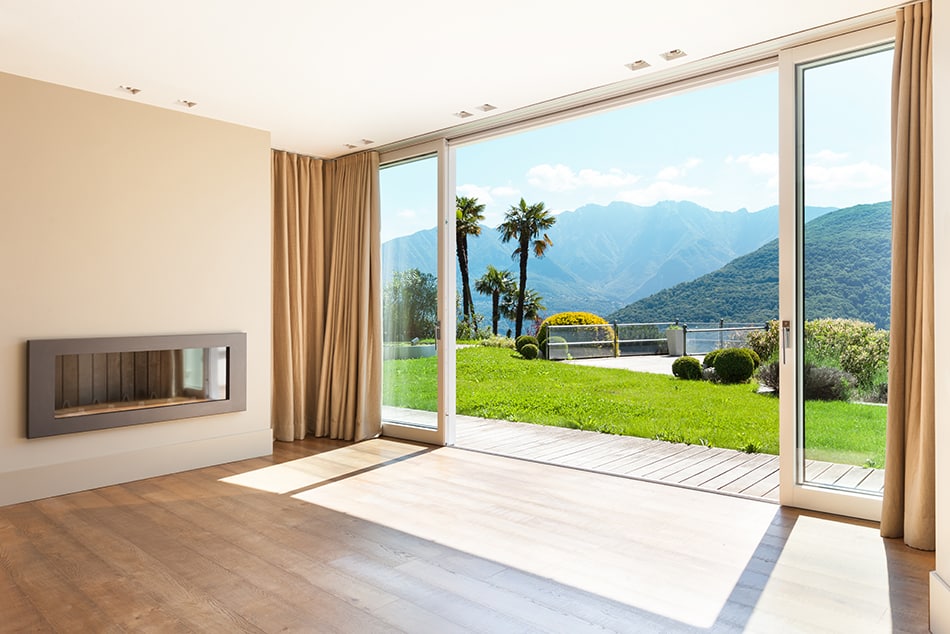 Sliding doors are similar to pocket doors in that they operate on sliding tracks; however, they do not disappear into the wall, which makes installation a much easier process. In fact, most people who are experienced in basic DIY will be able to buy a sliding door kit and install the doors themselves, which makes them a low-cost solution.

Sliding doors, like pocket doors, are a space-saving option because they do not open out into the room, allowing you to make the most of your space. They tend to be more stable than pocket doors because the tracks are at both the bottom and the top of the doors, which gives them more strength.

The main disadvantage of sliding doors is that you can never have both doors open at the same time because, in order to open, one door has to slide over the other door. This means that a double doorway will only be able to function as a single doorway when open, which can cut off the space visually and make it difficult to transport large items of furniture through the doorway.

Sliding doors can also become jammed or stuck if they aren’t well maintained. Trapped hair and dust in the wheel mechanism is a particular issue, so the tracks will need to be vacuumed regularly. The track itself can present a hazard in the home as it will protrude slightly from the floor and could cause people to trip over it. 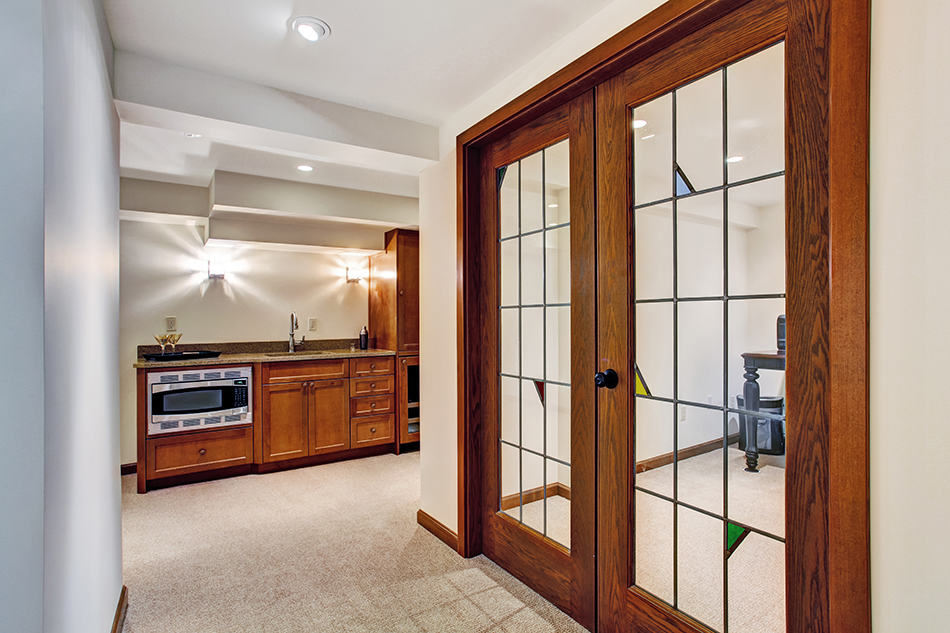 French doors are an elegant choice and can add an air of sophistication to a space. They have glass panels in them, which allow light to travel through, making joined rooms feel brighter. French doors come in some standard sizes, so they can fit whether large or small space.

In some scenarios, French doors work perfectly. For example, if you have a dining room and kitchen which you want to feel like an open plan space sometimes, but also want to be able to separate them sometimes due to cooking smells.

When closed, the French doors will create a divider between the rooms without separating them completely due to the glass. You can swing the doors wide open when you have guests to create a more open and inviting space.

One issue with French doors is that they require a lot of clearance to open, so they won’t be ideal in smaller rooms. The glass in French doors also means they aren’t great for privacy, so they aren’t a popular choice for bedrooms.

Barn doors are a great choice for saving space in a room because they don’t require any clearance to open. A barn door is fitted to a track on the wall overhead, and when it opens, it slides over the wall it is attached to. These types of doors create a stylish feature in a space and can add character to an interior. They have become very popular in recent years for both their functional and aesthetic appeal.

Barn doors are inexpensive and easy to install, but you need to make sure the wall you are fitting a barn door to is sturdy enough to hold the weight of the door and all of the fittings.

The main drawback with a barn door is that the wall it covers when in the open position cannot be used for anything else. You won’t be able to fix the artwork to the wall or have shelving as the wall will need to be clear for when the door opens. 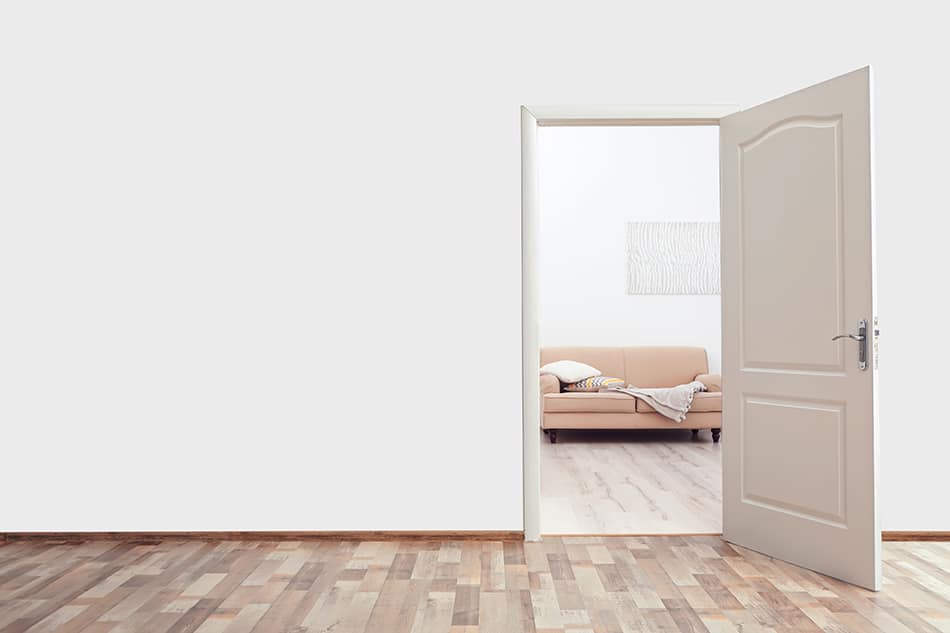 These are the most common types of doors which separate rooms in homes and create privacy. They are hung on hinges at one side and fit flush into the door frame.

These types of doors can range in price depending on if you buy a solid wooden door or a hollow door. They are relatively easy to fit as the hinges simply need to be screwed onto the door frame, but if the door is not a perfect fit, it may need to be planned to ensure it operates properly. These types of doors do require clearance to open them, which can make them a problem in terms of space and convenience. 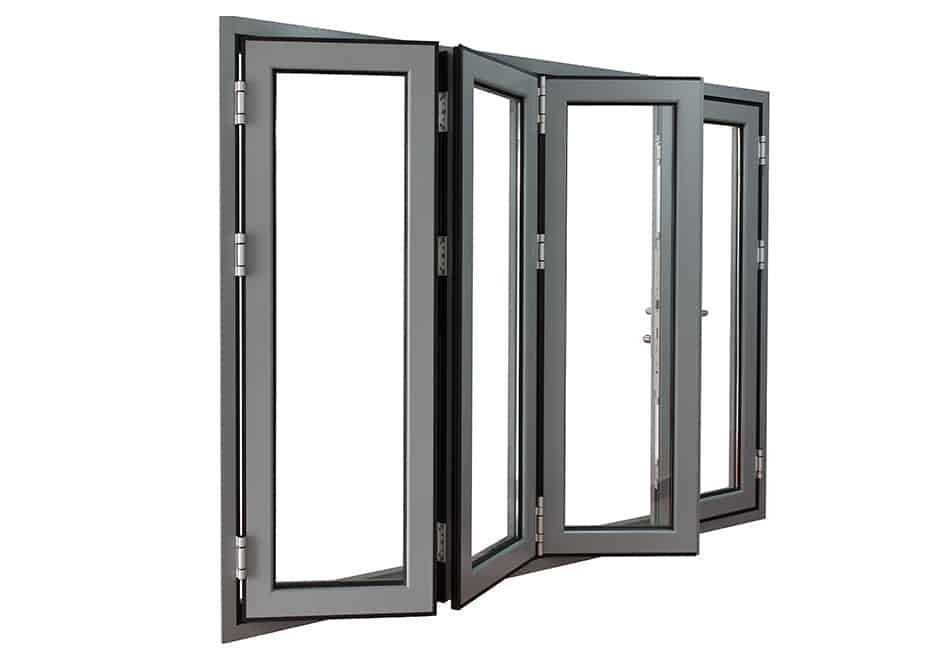 These types of doors are suspended from an overhead track or in some cases, have pins fixing them to a base rail. They are made up of two or more narrow panels which fold in on each other when open and then close in a flat position.

Bi-fold doors are a good choice for saving space because they do not require very much clearance. They are able to open to around 90% of the width of the doorframe, which means the two rooms divided by the doors feel spacious and connected when the doors are open. This also makes it easier to move large items between rooms.

Bi-fold doors are typically inexpensive and fairly easy to install. They can encounter problems if the track gets damaged or isn’t maintained properly, which can cause the doors not to fold properly or swing out at an angle. Some people prefer not to use these doors because they present a danger to children’s fingers which can get trapped in the folding doors.

Pre-hung doors are those which come already installed into the door frame. These are a great option if you are creating a new doorway in a wall because all you’ll need to do is fix the frame in place to have a working doorway. Pre-hung doors operate on hinges at one side and can make the task of installing doors much easier and less time-consuming.

However, if you already have a door frame and simply need a door, then these aren’t well suited because you’ll need to remove your current frame, which will cause more work. Pre-hung doors usually come fully assembled with all the hardware, which is great if you want ease and simplicity but not ideal if you are wanting to be able to customize your door with specifically chosen handles and hinges.