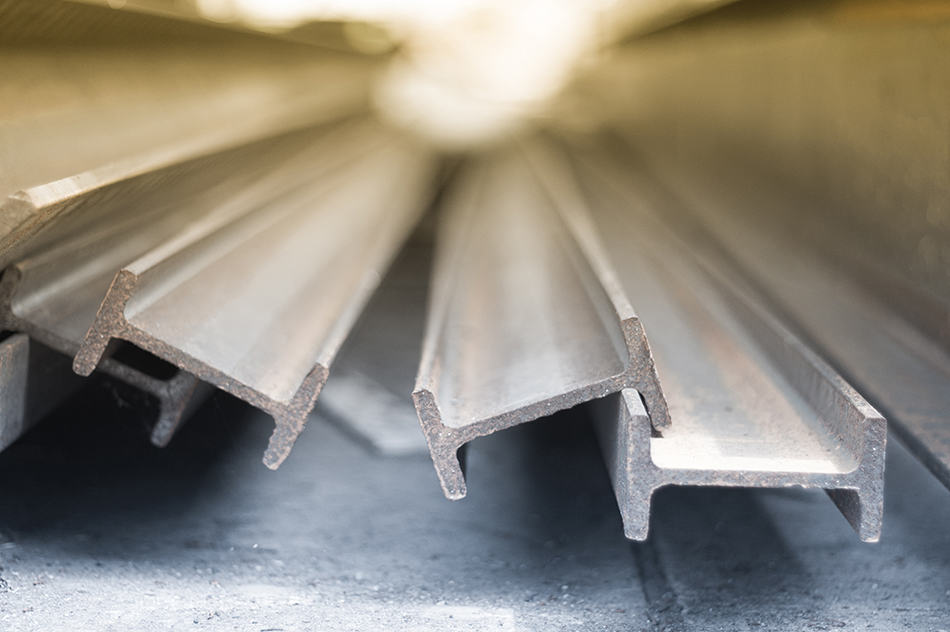 Beams are a very important part of most construction jobs. They are those structural elements whose main purpose is to withstand any lateral force that’s applied to their axis. Beams deflect force mainly by bending. When the load is applied to a beam, reaction forces occur at the support points on the beam. All forces acting on a beam combine to produce bending moments and shear forces that subsequently cause the beam to endure deflections, strains, and internal stress.

Beams are most popularly used in civil engineering when describing structural elements in buildings; however other structural systems and mechanical systems also possess beams that are made to bear lateral loads. Such systems include machine frames, components of aircraft, automotive and automobile frames.

There are several kinds of beams as they can be classified by the kind of support that they provide, the shape of their cross-section (profile), the type of material they’re made of, their length, and equilibrium conditions. 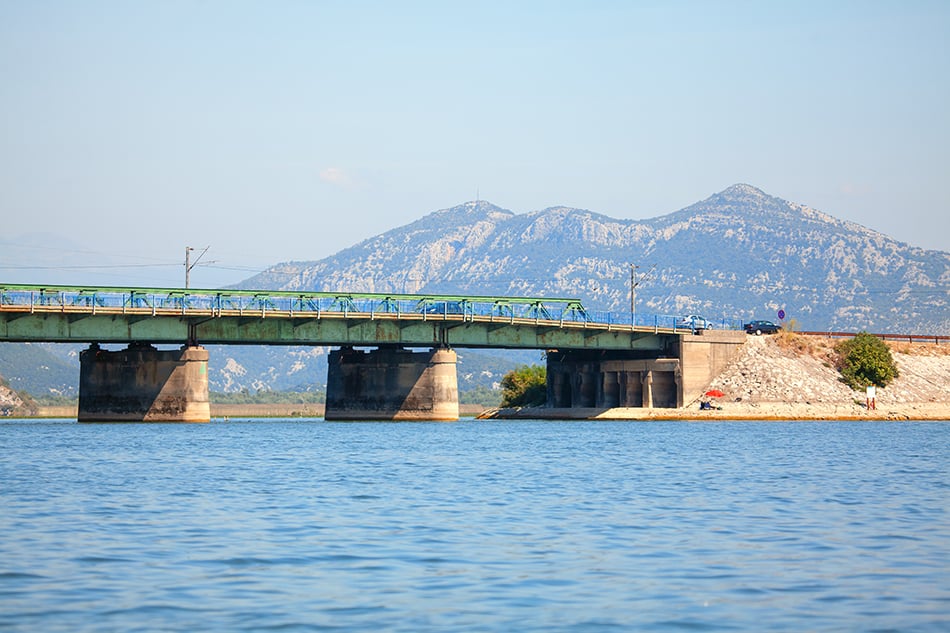 Just as their name implies, simply supported beams are very simple structural elements that have their two ends resting on a support; however, they can rotate freely. They are very simple to analyze. One end contains roller support, and the other end contains a pinned support. It upholds all bending and shearing, depending on the amount of load that it is designed to support.

There are several benefits to using a simply supported beam. For one, they are simple and quick to install. Simply supported beams don’t require any complex connections to other supports. These kinds of beams also transfer fewer loads to the central support than a continuous beam does; instead, they transfer most of their load to the end supports, and this is beneficial for certain kinds of situations.

Fixed beams are also called built-in beams; they have support at both their ends to resist rotation. Since their ends are fixed, they provide rotational, horizontal, and vertical resistance as maintained by their moment of inertia from each end.

The major advantage of fixed beams is that they oppose displacement in every direction. They are also very useful in moments of inertia. Fixed beams are useful for when you’re finding the support moments for an indeterminate beam, such as the continuous beam. With fixed beams, there is a lower amount of deflection due to fewer sagging moments. Some disadvantages of fixed beams include difficulty in maintaining the field’s two ends and an increased amount of stress caused by variations in temperature.

Some advantages of a continuous beam include the fact that compared to a simply-supported beam, it experiences less maximum positive bending moments. This kind of beam also possesses less maximum deflection compared to a simply supported beam. With this kind of beam, you can have a much longer distance or span between supports. This is unlike the simply supported beam. Since deflection and maximum bending stress are reduced, it permits members to be of less bending stiffness and less overall depth. Continuous beams made with ductile material, e.g., steel, allows for the redistribution of moments, thereby making use of available reserve strength.

In spite of all their benefits, indeterminate structures in general (this includes continuous beams) are sometimes overlooked in favor of determinate structures, e.g., simply supported beams due to a few disadvantages such as the fact that changes in temperature and settlements of the supports, among other factors in a continuous beam, can introduce stress to the beam. 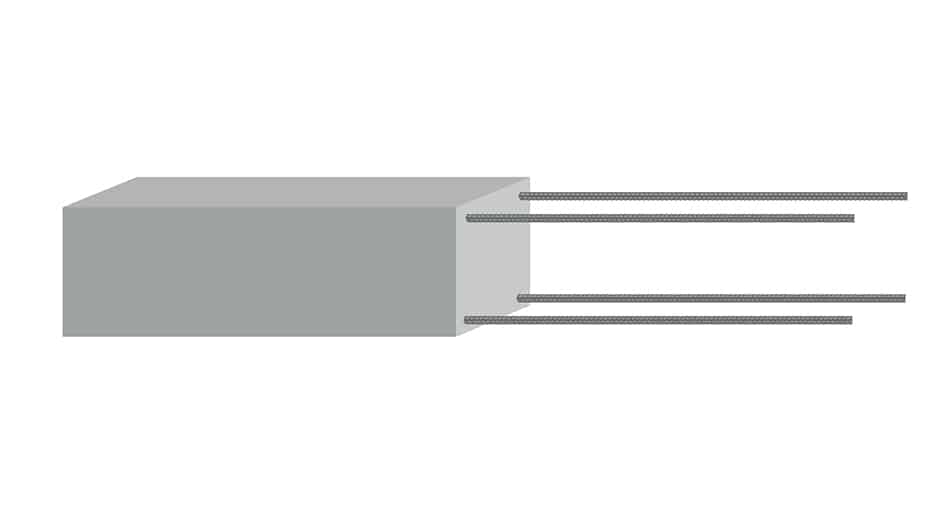 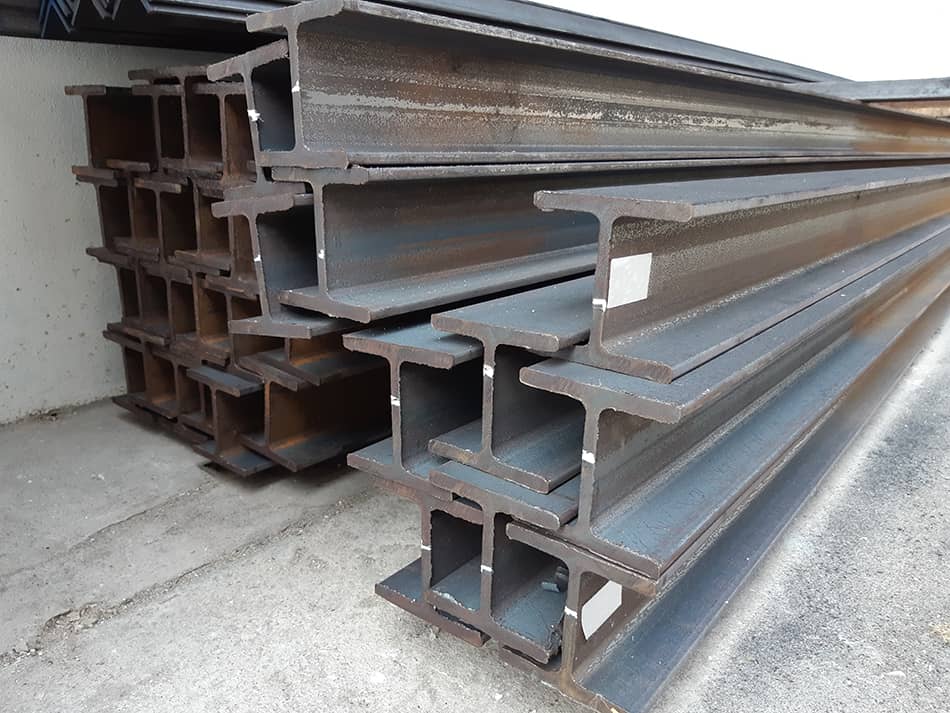 Steel beams are made from steel and can be found in many types of applications. They are popular for their versatility and can be used in the construction of big structures such as mansions or skyscrapers.  Because they’re made of steel, they can be trusted to support a heavy load. They come in various sizes and shapes so that one can easily pick according to the requirements of the structure being built. They’re popularly used in house frames and on roofs to protect a building from harsh atmospheric conditions.

As with other kinds of beams, steel beams have certain advantages and disadvantages. Some of their advantages include the fact that they are recyclable, which means they cause minimal construction waste. They are also very durable, having a very high strength-to-weight ratio. This means they can bear stress; this quality makes them popular in the construction of bridges and skyscrapers. Their chemical composition makes them resistant to rust and corrosion. Thanks to this, their life expectancy is higher than that of other construction materials.

Some cons of steel beams are their high maintenance cost. For instance, one has to coat them with paint regularly to prevent corrosion. They are also not as fire-resistant as some other beams. If a steel beam is affected by fire, the fire reduces the beam’s strength, which means that the strength of the entire structure would be at risk. Lastly, since steel beams are very heavy, they are a lot harder to move during construction work. 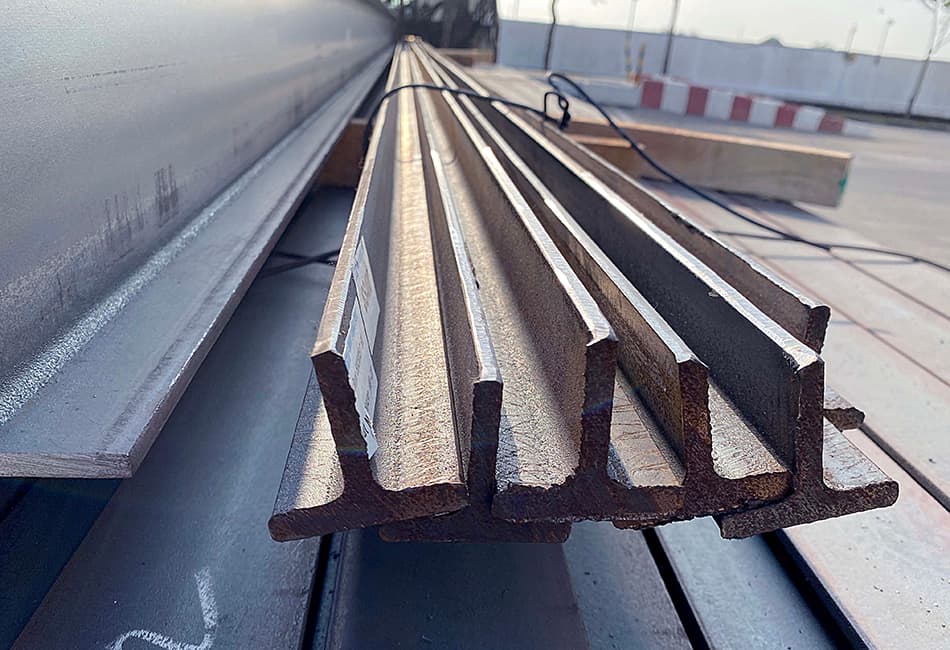 These are rectangular beams that are cast monolithically; their slabs are made to look like a T, hence their name. Like other types of beams, they are load-bearing structures that can be made wither out of metal, wood, reinforced concrete in the shape of a T. The top of the T serves as a flange and resists compression forces, while the vertical section of the T, also known as the web of the beam, resists shear stress and offers better separation for the bending forces.

T-beams are very effective in resisting sagging moments that act on the beam; this is because the beams are cast monolithically, so the flange also takes up some of the compressive stresses on the beam. This kind of beam also provides better headroom due to the reduced depth of the beam. When compared to rectangular beams, T-beams are a better option for larger spans because deflection on this kind of beam is greatly reduced. The disadvantages of T-beams include the fact that due to a change in cross-section, there is a significant increase in the shear stress at the beam’s web and the junction of the flange. The implication of this is that during their design, T-beams have to be cast very carefully to ensure that both components are well-bonded.

These kinds of beams also develop cracks easily; they are understandable weak in the resistance of lateral shear forces, mainly because the slab is rigid (monolithic). In regions that are prone to earthquakes, when construction workers use T-beams, they usually reinforce them in the junction with mechanical stiffeners. Additionally, when compared to the I-beam, the T-beam has a major disadvantage. The absence of a bottom flange in a T-beam means that it is incapable of dealing with tensile forces the way an I-beam does. Engineers would often try to make a T-beam more structurally efficient by using an inverted t-beam and then having a bridge deck or a floor slab join the tops of the beams. These slabs would serve as the compression flange. 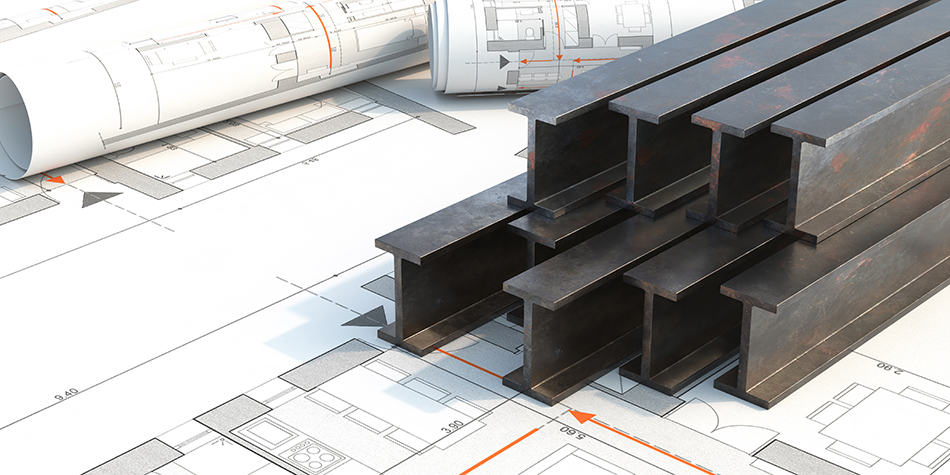 It’s pretty easy to guess why I-beams have their name. They are shaped just like the capital letter I. You’ll often find these kinds of beams in the interior walls of houses or huge commercial building projects. Many builders, contractors, and engineers like to use I-beams in basement walls or on top of the foundation. At these points, these beams can provide optimal support for the higher levels of the building. You’ll also often find them in garages serving as rails or tracks for those motorized wheeled trolleys used in the opening and closing of garage doors. 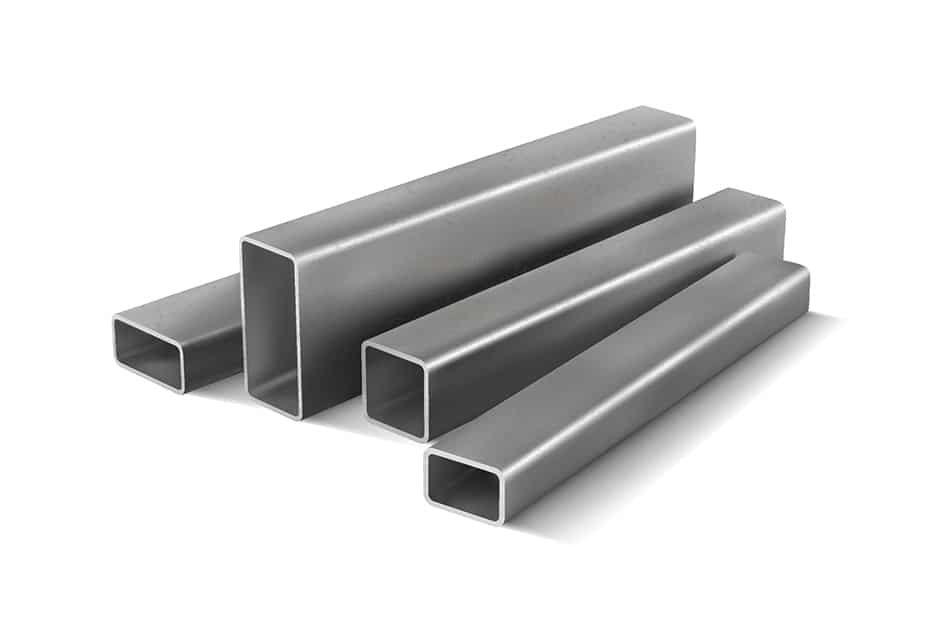 Rectangular beams are known to be generally good at opposing biaxial and torsion bending since their second moments of area is large at both their axis. In addition, they possess four flat sides that can improve connection detailing in certain cases, and many architects consider them more pleasing to the eye than other beams when exposed. One demerit of rectangular beams is that they are not so cost-effective when compared to, say, a universal beam as the latter possesses a more efficient section shape for the 2nd moment of area attained.

Many people often ask about the difference between an overhanging beam and a cantilever beam since both types of beams have a part of them hanging out. The difference is simple. A cantilever beam is only supported on one side. The rest of the beam hangs freely. An overhanging beam, on the other hand, is supported on two sides, but some parts of the beam still hang freely beyond the supports on one or both sides.