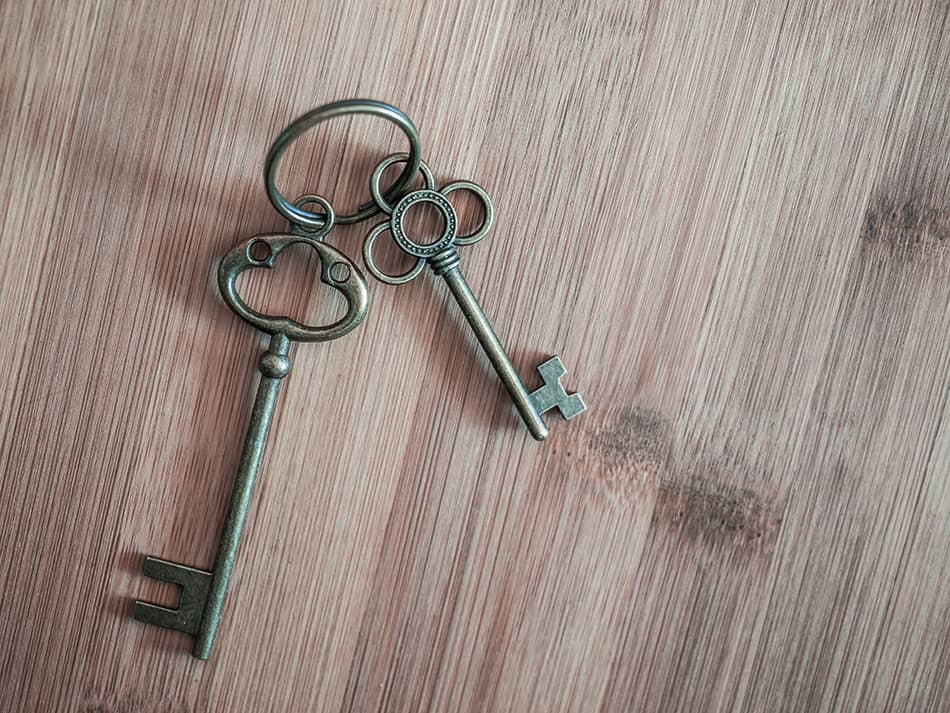 Have you ever heard of a master key? This is a general term used to refer to a group of keys that can open numerous locks according to their configurations. A skeleton key falls in this category.

Contrary to popular belief, by merely looking at their appearance, there is nothing special or fascinating about these keys. The fascinating thing is the kind of locks that can be picked by skeleton keys. This is to say that skeleton keys only work on certain kinds of locks.

This means that skeleton keys are basically keys used to unlock a variety of locks of the same make or specification, most commonly warded locks with the same configuration of wards.

This type of key is also known as the passkey in Northern America. Unlike other keys, the serrated edge of the skeleton key is removed to enable it open various locks. A skeleton key is usually a product of an original key that has been filed or cut out hence enabling it to open numerous locks.

The term “skeleton key” originates from the fact that this key has been reduced down to its critical parts, understandably so. This is accomplished by removing mostly the center part of the key, which is what enables the key to maneuver through the wards of various locks with no interference and successfully open the locks.

Of course, it’s scary to think that there might be someone out there who owns a key that can easily open your securely locked front door. Fortunately, there have been efforts to curb the illegal production of this key.

One such measure is the inception of new lock designs in the market, which are manufactured with different specifications such as adding wards on the sides of locks rather than in the middle part only.

This restricts the manufacture and use of the skeleton keys as they cannot open locks with this type of configuration. Furthermore, warded locks, to a large extent, are no longer common in the market due to their notoriety for being easily picked by these types of keys. 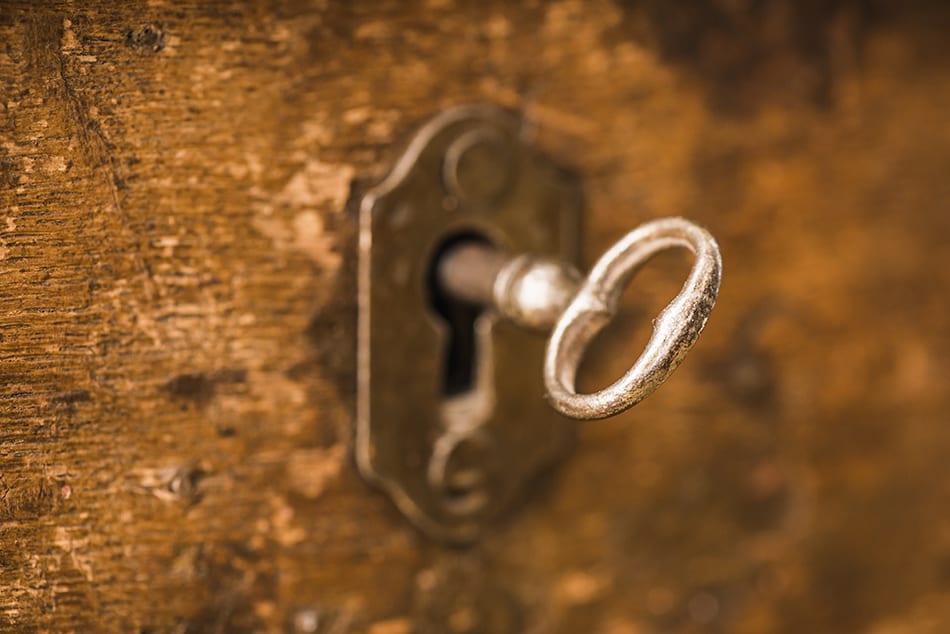 Despite the negative ideas that have been created around the use of this type of key, for instance, opening locks for illicit purposes such as robberies and picking handcuffs, there are also legitimate uses of this type of key. For example, a skeleton key may be used legitimately to open a lock in a situation where the original key to the lock has been lost.

Furthermore, in hotels, for example, legitimate master or skeleton keys are used by hotel staff to access rooms. This is especially found in hotels that don’t have an electronic lock system. In this case, the hotel staff also save time and avoid inconvenience when they use one key to access several rooms and avoid the trouble of going through a bunch of keys just to get the correct key for one room.

Imagine the inconvenience, for example, if a hotel cleaner has to clean numerous rooms and has to undergo the same tedious process of going through countless keys just to access one room. What a waste of time and resources it would be!

This type of key can also be used in elementary schools, colleges, and even in University settings. Much like in the case of a hotel, this type of key can come in handy as it can be used to open numerous doors in these institutions without the inconvenience of going through a heap of keys just to open one door. This also saves time and maximizes efficiency.

Also, in places like hospitals where numerous doors may require being opened or closed at a go during open or closing hours, this key is essential. However, this type of key can as well be limited, for example, to non-sensitive places like doctors’ offices in public facilities.

This, in turn, means an increase in the number of keys to keep track of on a daily basis. This can become very inconvenient and hectic in a short span of time if not checked, as carrying a bunch of keys for each door is not the easiest thing to do.

Fortunately, a simple skeleton key can solve this predicament. All the business owner has to do is to use a master key system for its operations.

This key allows businesses with various departments and office blocks to operate numerous locks with only one key. This eliminates the inconvenience of literally moving around with a giant heap of keys.

There are several advantages of using this type of key, as seen below:

The first advantage of having a skeleton key is that it eliminates the inconvenience of carrying several keys for one door, therefore, saving up on time and the stress of guessing through numerous keys to one open.

It promotes efficiency. For example, if there is an emergency or if there is a need to open several doors in a short period, this can be done by using a single key and in record time.

It also makes the distribution of keys easy as the business owner can arrange his key distribution hierarchy in such a way that only designated or assigned individuals will have access to the places they ought to access.

It also ensures the security of the keys as one key opening several locks means that fewer keys will be distributed to employees; hence this will minimize the chances of the keys getting lost or stolen plus and also saves money for the organization in the long run.

It is much cheaper than the electronic card system. Acquiring and installing the master key system is much cheaper; therefore, it is money-friendly in addition to being secure.

It is also ideal for multi-tenant buildings. This type of system works well in multi-tenant buildings as the landlord or caretaker can easily distribute keys to tenants according to where they need to access them collectively. It therefore also saves on expenses of duplicating several keys.

It ensures a high level of control. When using a skeleton key, the chances of duplicating the key are minimized or even eliminated. This, therefore, curbs insecurity and, at the 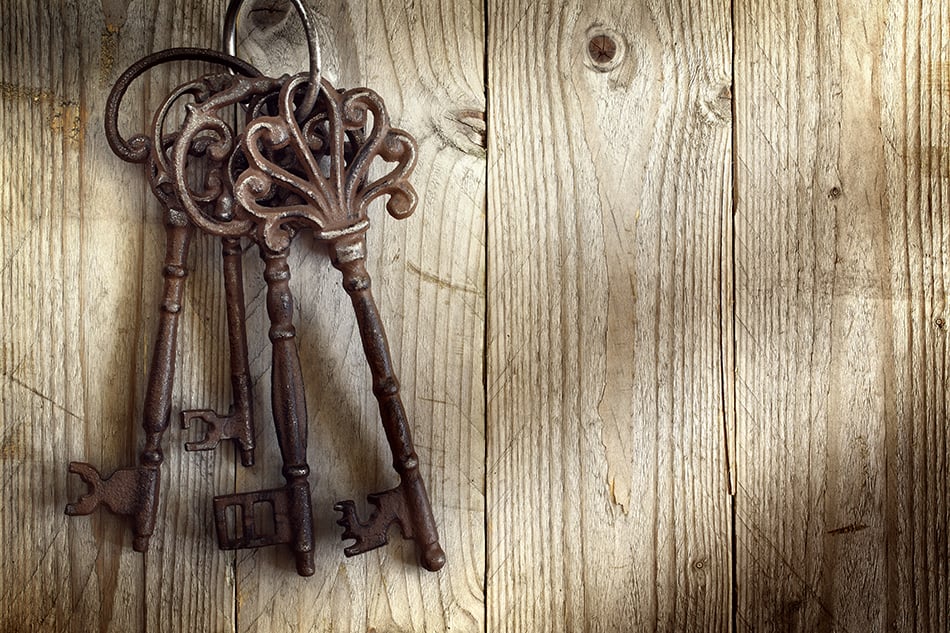 same time, ensures that the business owner has more control over the keys at any given time.

There are also a couple of disadvantages that one may encounter when using this type of key. A few of them are listed below:-

This is due to the fact that these kinds of locks can be picked by literally anyone with a skeleton key. This is as opposed to situations where many different people are responsible for different keys, and these locks are secured. In such cases, the person in charge of a key can be held responsible for any thefts.

Furthermore, these kinds of locks are pretty easy to pick compared to regular keys. For instance, a person can use this key to pick a lock for the purpose of committing a robbery.

More still, inmates or people who have been arrested or are under custody can use these kinds of keys to attempt to pick the lock of handcuffs and escape custody.

The loss of a skeleton key would be a big loss and also would be dangerous due to the simple fact that this single key opens numerous doors.

It would therefore be a major inconvenience, especially if the key was being used in money institutions like big businesses. If this happens, several locks would have to be changed to avoid the risk of theft and to restore security.

There is also the risk or possibility of major theft since one key can open many doors; therefore, if the holder of the key decides to steal, he or she will be able to access many doors as opposed to using a normal key which would, in this case, limit accessibility.

Another disadvantage of using is that they are not the most durable keys. They get damaged pretty easily, and once your skeleton key experiences wear and tear, it’s pretty difficult to get a replacement for them because this key system is old, and it’s not easy to find a repairer for them.

Skeleton keys are well-loved for the convenience they offer; however, they are not the best keys for keeping a place secure. Every home or institution should have a reliable security system in place as this is an integral and critical part of the wellbeing and development of the organization.