They say that time is gold. And in today’s fast-paced world, every minute counts. For most people, the bathroom is that part of the house where they get to spend a substantial amount of time. It can be said that time spent in the bathroom can go by quickly. This leaves many wondering if they should put a clock in the bathroom.

The answer to the question “should you put a clock in the bathroom” is a resounding and straightforward yes. This simple act may seem inconsequential but can do a lot of wonders for you and your family members.

For one, you would be more aware of the time when in the bathroom. This can spare you from getting late to work in the morning. And if you’re concerned about safety, don’t fret, as battery-powered clocks are safe enough to be placed in a bathroom.

Read till the end to understand the reasons.

Reasons to Put a Clock in the Bathroom

While a clock is traditionally placed in other parts of the house like the living room and bedroom, you can also put one in the bathroom. There are several advantages of having a clock in this private part of the house.

Even your guests will appreciate having a clock in your bathroom. Sure, they won’t likely be taking a bath there. But a clock can be a convenient way for your relatives, friends, and colleagues to keep track of the time, right?

Placing a clock in the bathroom can also spare you from getting late for work. It’s not farfetched to say that you’ve been late to work at least once in your life because you stayed a little too long in the bathroom. Perhaps the supposedly five-minute shower turned into a 20-minute bath that caused you to get to work late. You can prevent this from happening when you place a clock in the bathroom.

If you’re sharing a room with someone, placing a clock in the bathroom is one way to become a good roommate. Whether you like to spend a lot of time shampooing your hair or overindulging in a shower, there’s often a tendency for you to take a little too long in the bathroom. But when you have a clock in the bathroom, you would know when to get off of it so that your roommate won’t be late for his or her appointment.

Where to Place a Bathroom Clock? 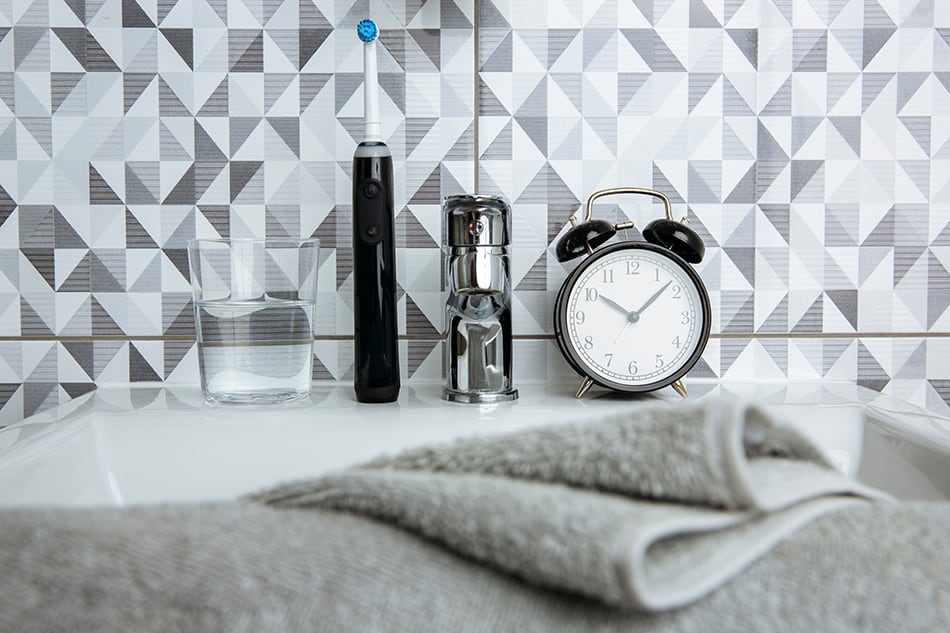 As we have established earlier, a bathroom is a part of the house where a clock should be strategically placed. But you might be wondering: “where should I put a clock in the bathroom?”

There are three areas of the bathroom where a bathroom can be placed– the shower, the wall, and the countertop.

Color coordination could be an additional concern for you if you’re looking to place a clock near the sink. You’d want the clock to compliment the other bathroom accessories near it, such as the soap dispenser and toothbrush holder.

You can also hang a clock on the wall. The clock should be thin and big enough for you to read it from afar. You can place it directly in front of the toilet. If you have a towel rack, place the clock above it. You may also consider placing the clock on the part of the wall which is first seen upon walking into the bathroom. This can add a touch of flair to your bathroom.

You can also add a waterproof clock to your shower wall. This can help you in keeping track of the time while you shampoo or rinse off. The clock should have a suction cup on the back of the clock so that it would stay in place.

Type of Clock in the Bathroom 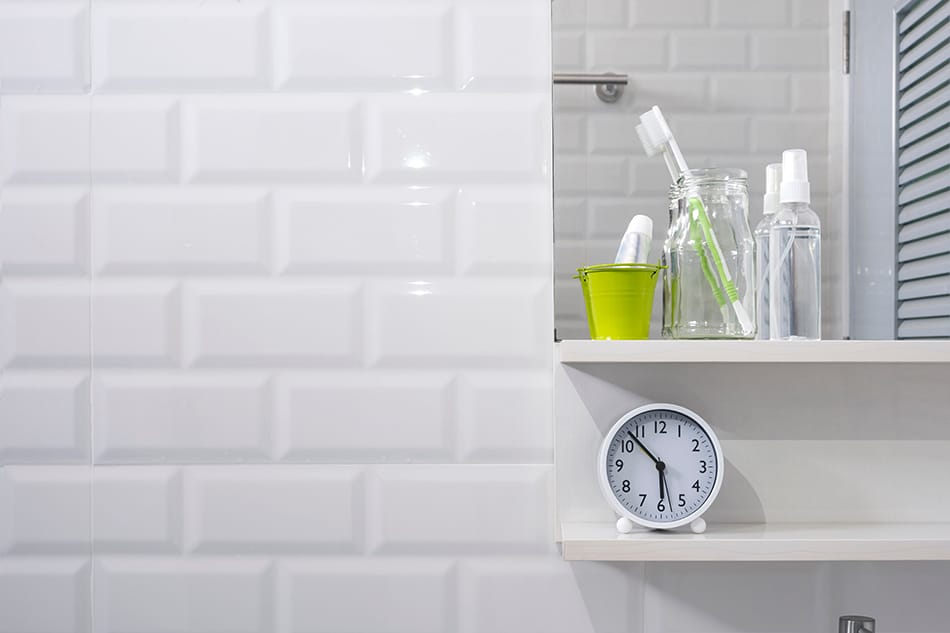 You may also be wondering as to which type of clock you can place in the bathroom. Since the bathroom is always wet, you must never place a plug-in clock in it. The most practical choice would be a battery-operated clock as there’s no chance of an unfortunate accident from happening.

If you already asked if you should place a clock in the bathroom, you may also like to know where to hang wall clock in the living room.