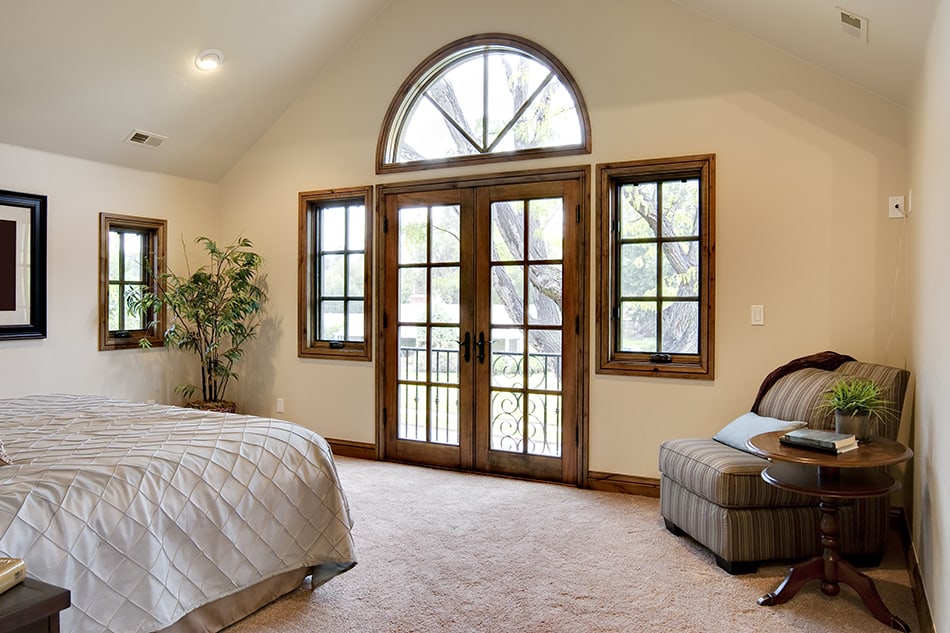 French doors, sometimes called French windows, are those hinged double doors that you usually find in people’s gardens or patios. They consist of several see-through panels and one central frame. As a rule, French doors always come in pairs, and people sometimes wonder if these pairs swing inwards or outwards when opened. The answer to this question is that French doors can swing indoors or outdoors, but one door can never swing both ways because the doors are built with a locking mechanism.

Why Do People Love French Doors? 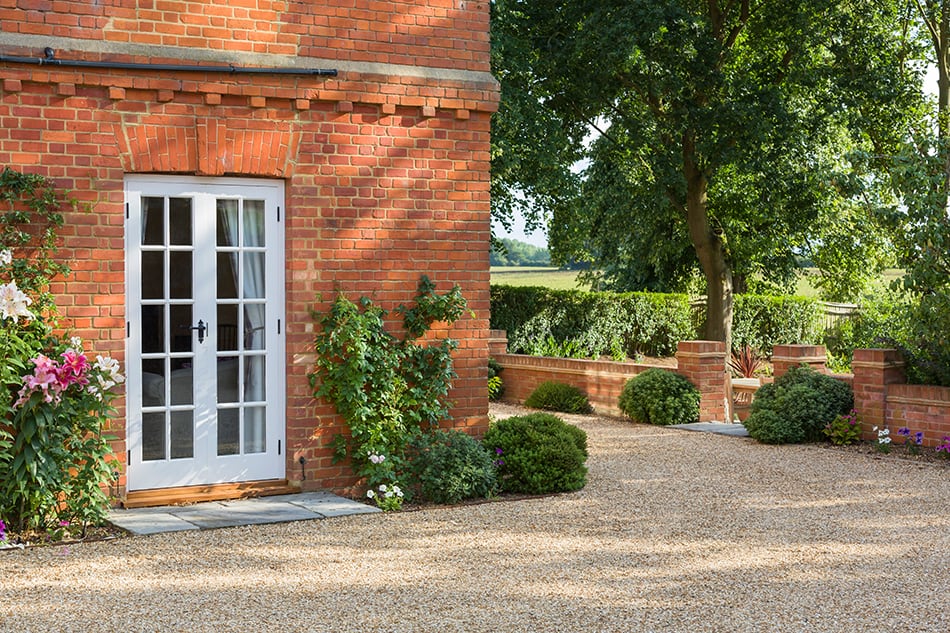 French doors are most loved for their clean looks and the ease with which they can be installed and accessed. However, there are other reasons why a lot of people prefer French doors to traditional options like the bi-fold doors, sliding or patio doors.

First, they have a more uniform appearance than other traditional doors. They are also relatively affordable. They help you manage space as they do not take up a lot of it, and they can swing outward if there is no space for them inwards. Because French doors are made of glass, they bring a lot of light into the house.

A History of French Doors

You’ve probably sometimes wondered why they’re called “French doors.” Are they French? Well, yeah. In the 17th century, just when the Renaissance period was coming to an end, French doors originated in Southern France. Gradually the doors grew famous all over the country, and then by the 19th century, they were all over Europe. At first, they were called French windows because they were just wide windows with single panes of glass; they were used just in balconies to let in natural lighting into the room because back then, there was no electricity.

After the invention of electricity, French doors still didn’t go away. Instead, they became even more loved for their visual appeal and aesthetic value. Older French doors were made very large to let in natural light into a room, and their frames were made with iron and wood, then these iron and wood frames were fitted with one very large glass frame; however, contemporary ones are a lot smaller and come with more panes than older versions. They are now made with aluminum, PVC, and hardwood, these materials are strong yet light, and thanks to them, French doors are loved all over the world today. 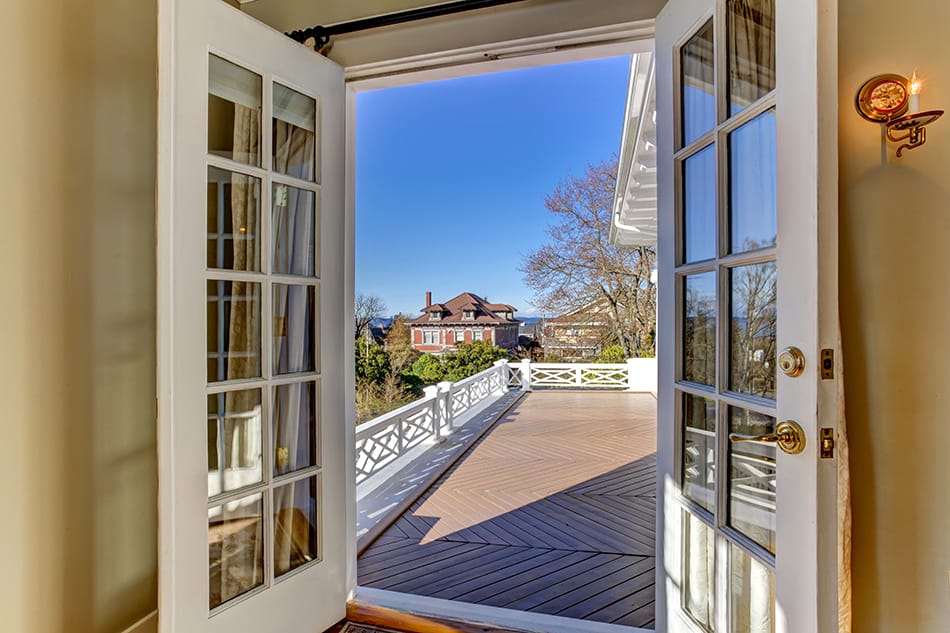 Now that you know that French doors can open in or out but never both ways for the same door, you might wonder what kind of French door is best suited for your space.    There are a few factors you must consider to determine this.

First, examine the frame of your current door. If the frame is built for an outward swinging door, then you may have to get an outward swinging door, except you don’t mind changing the already existing door frame. Before changing your door frame, make sure you carefully examine the local building codes to ensure that there is no requirement to which way your doors should swing.

If you’re having trouble picking a preference, the following factors may help you make up your mind.

When it comes to ease of use, the two kinds of French doors have their pros and cons:

The positive stop and compression gaskets on outward swinging doors make them a great option for severe weather. They are well waterproofed, so they would not allow water to leak in. However, if you live in an area that experiences heavy snowing, you may have your outward swinging French doors snowed in during snowstorms, making it impossible to open the doors until the snow is gone. For this reason, you should opt for in-ward swinging doors if you live in a heavy snow area.

Some building codes specifically require inward swinging French doors because of snow seasons and the chance of doors getting obstructed by snow.

Regarding protection from natural elements such as wind and rain, out-swinging doors are the better option. By design, inward swinging doors require regular water stripping and other adjustments. Outward swinging doors, on the contrary, are less vulnerable to the elements and can defy heavy rain and winds more successfully.

Occasionally, you might find areas that have building codes that specify what kind of French doors one is allowed to install. You’ll usually find these kinds of building codes in areas that are prone to hurricanes or heavy snow or in commercial buildings.

Which French Doors are the Safer Option?

Outward swinging doors are made with special hinges that are almost impossible to remove. Some also come with security pins which are even harder to remove than the hinges. You may have heard the rumor that outward swinging doors are prone to burglary because their hinges are on the outside; this is simply not true because even though the hinges are on the outside, in practice, they’re almost impossible to remove.

Surprisingly, inward swinging doors are even more prone to burglary. They are relatively easy to open with force; strong winds can even blow them open.

Do Both Doors Open on French Doors?

Yes, both doors on a set of French doors open; however, the door that has the handle and moving hardware is the one that stays open because it is used more often, the second door often remains shut. The second door has a latch at the bottom that helps it stay shut while the other one remains open. When you want to move a large object through a French door, all you have to do is pull the latch on the bottom of the second door to open up the second door and create more space.